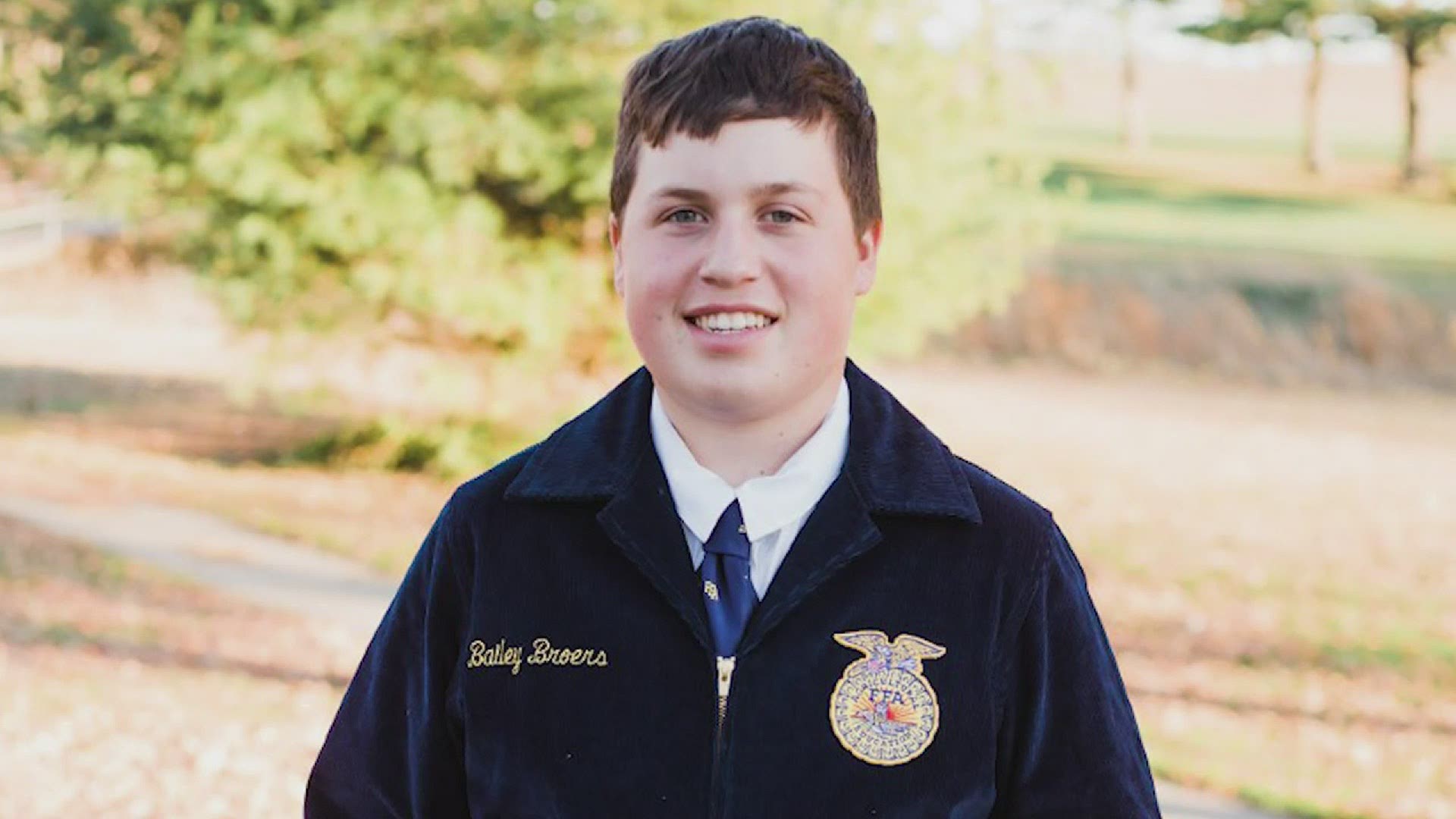 SHEFFIELD, Illinois — A local community got together to celebrate the life of Bailey Broers. The 16-year-old Walnut, Illinois resident died July 15th, 2021 after sustaining injuries from a car accident. Broers was a member of the Bureau County Future Farmers of America and loved farming.

To honor his life members from his local FFA chapter organized a tractor ride in his memory. With his tractor at the front of the line, a seemingly never-ending line of tractors followed behind Bailey’s as they made their way around a square route through Sheffield, Illinois.

Bailey worked at MJ Seeding Company, where a luncheon was held in his honor following the tractor ride and funeral. His sister Bre Broers shares Bailey had a contagious smile saying, “He had a big heart. I know Bailey, he’s watching right now and loving this. All these tractors, he’d be over the moon that’s for sure.”

Bre says her brother was someone who knew everyone. “Bailey was always just doing something. Me and him, just always doing something we probably shouldn’t have been doing but he always just wanted to go go go. There was never a dull moment.”

Bre says she knows her brother would have loved to see all of the tractors in one place. “It’s just crazy because Bailey, he’s impacted a lot of people. So, like I’m honestly not surprised to see this many people here because Bailey just knew everyone. I mean they were making jokes, all those tractors that came by he could have jumped in any single one of them and drove off.”

Lilly Allicks grew up with Bailey. She says Bailey was the kind of kid that could make anyone’s day better. “Oh boy, definitely the life of the party. If you’re having a bad day he wouldn’t even know it and you would just have a giant smile on your face after hanging out with him and he always had something fun to say.”

Bailey’s family asked that instead of flowers, donations be made to the Bureau County FFA or to St. Jude Children Research Hospital.