Quad City leaders say it's more important than ever for immigrants, refugees, and undocumented people to complete the 2020 Census. 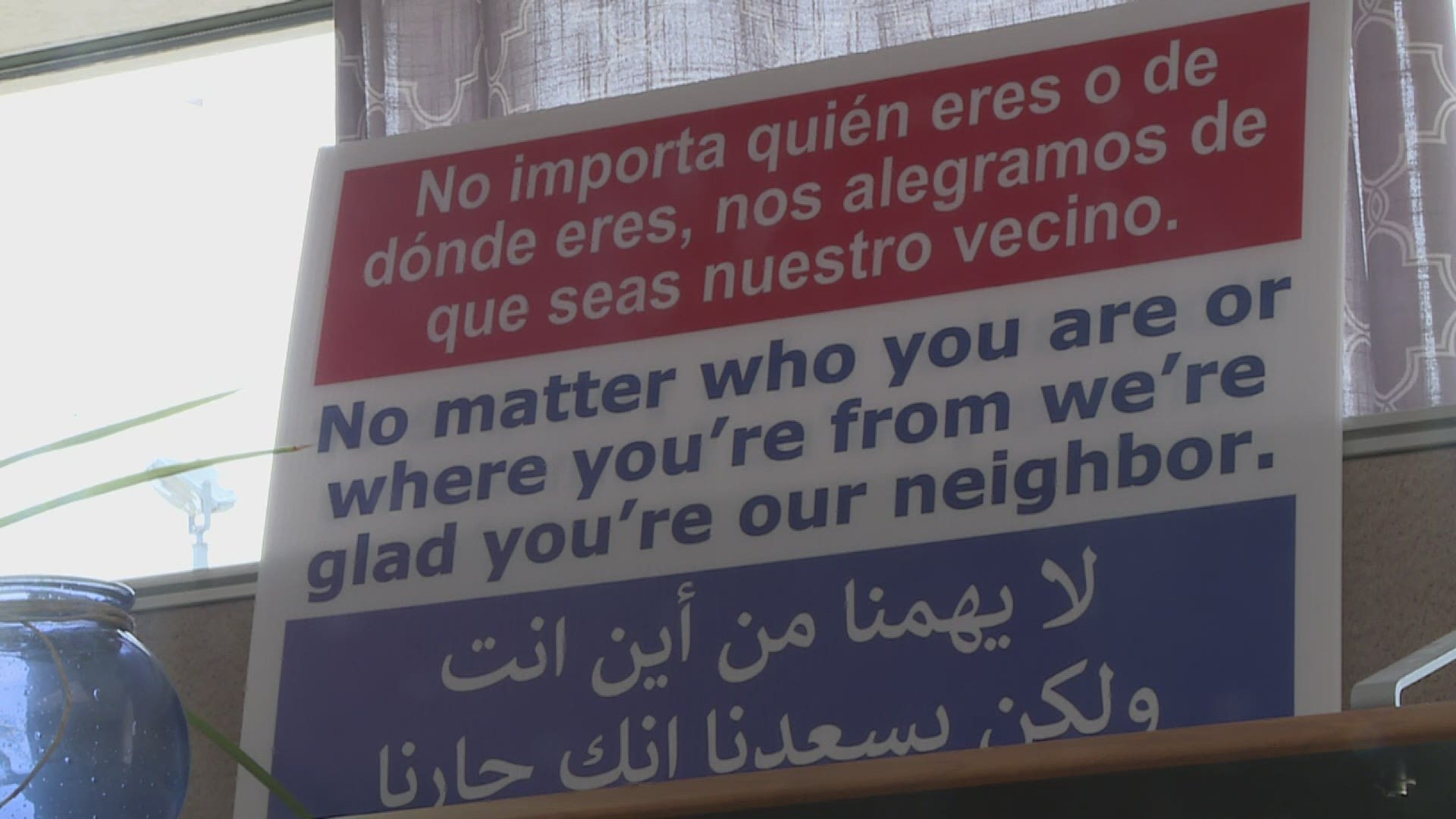 MOLINE, Ill. — At Moline-based nonprofit, World Relief Quad Cities, these last few days of the 2020 Census are a push to make sure immigrant, refugee, and undocumented populations in the Quad City area are counted.

The deadline for the census was set to be Wednesday, September 30, but it is currently being federally contested.

Still, activists like Alejandra Martinez, one of World Relief's Census Outreach Coordinators, say there's still time to complete it, and being counted is deeply important.

"If we don't claim, it's gonna go somewhere else. And that money isn’t gonna come to the Quad Cities area," said Martinez.

After starting as an intern with World Relief last year, she's now a full-time employee - one of three strategically hired to help with census outreach to undercounted populations.

Martinez is fluent in both English and Spanish. Her two co-coordinators are also bilingual, being fluent in Swahili and Burmese, respectively. They work with local churches and refugee populations to create census awareness, answer questions of citizenship census eligibility, and foster a culture of comfort and awareness about the census with historically under-documented groups. Anyone who wants help filling out the census, needs translation services, or who needs access to a computer to complete their forms, can come to World Relief.

"We just try to create less barriers," said Martinez. "Even if you're new to this country, just arrived yesterday, you're... you are to be counted. Regardless of legal status."

RELATED: Balltown, Iowa, among only cities in the country with every resident completing the census

As an immigrant herself, Martinez says it helps those she serves, to hear her speak from a place of understanding and empathy.

"When they see me they say, 'Oh, this is a Hispanic, Mexican woman and she's telling me it's safe to fill it out.'"

She saying this also plays a huge part in reaching out to undocumented peoples.

"In the undocumented community, there's a very well understood fear of getting in any problems with the authorities," she noted. "We want to make it clear that the census- under Title 13, they're forbidden from giving any information to the police," she said.

The census is legally barred from giving state, local, federal or immigration officials any information regarding immigration and citizenship statuses.

"I just try to explain it's about $1,700 dollars if just one person isn't counted," said Martinez, pulling numbers from Illinois predications on census under-counting. "That impacts the community as a whole," she said. "To not be able to get help for community healthcare, for school, for free and reduced lunches for kids, is a big deal."

She said one gentleman she told all of this too replied, "If I'd have known all of that before, I would have filled it out ten years ago."

And that, she points out, is exactly why filling it out in 2020 is so crucial. Martinez gave the example of an immigrant family with a newborn. In ten years, she explained, that child will be going to schools and might need free or reduced lunches like she did, as a young girl from an immigrant family.

And one of the neighborhoods where World Relief has done significant outreach over the past year has been Floreciente in Moline. Susana Aguilar, the Co-Chair to the Floreciente Neighborhood Association said it's been repeated over and over again how vital census completion is.

"Our little neighborhood, which makes up about 12 blocks of our census area, has been usually undercounted in the past years," said Aguilar. So this year, they put up multi-language posters, reached out to neighbors, and worked to make the census forms accessible to all.

"If we want to continue getting funding for our schools and our neighborhoods and streets, we have to do this," she said.

And even though there are still a few days to complete the form, Aguilar said the response has already been better than a decade ago.

RELATED: Judge says 2020 census must continue for another month

Martinez did note that many undocumented and immigrant people she spoke with expressed not wanting to feel like a burden.

"Most people I've encountered want to help their community, despite negative connotations associated with them," she said. "Speaking as an American person, I would much rather have all people, undocumented, babies, newborns, a refugee population, all immigrant population fill out their census because that money is gonna come back to my community."

If you would like help filling out your census, or would like to get in contact with World Relief Quad Cities (formerly known as World Relief Moline), you can visit their website or call them at (309) 764-2279. And Martinez said for any Spanish speakers looking for a contact, she can be reached at (563) 499-6741 by either call or text.