An Iowa restaurant owner is firing up his grill to supply hundreds of free meals for his community after thousands fell victim to the devastating storms last week. 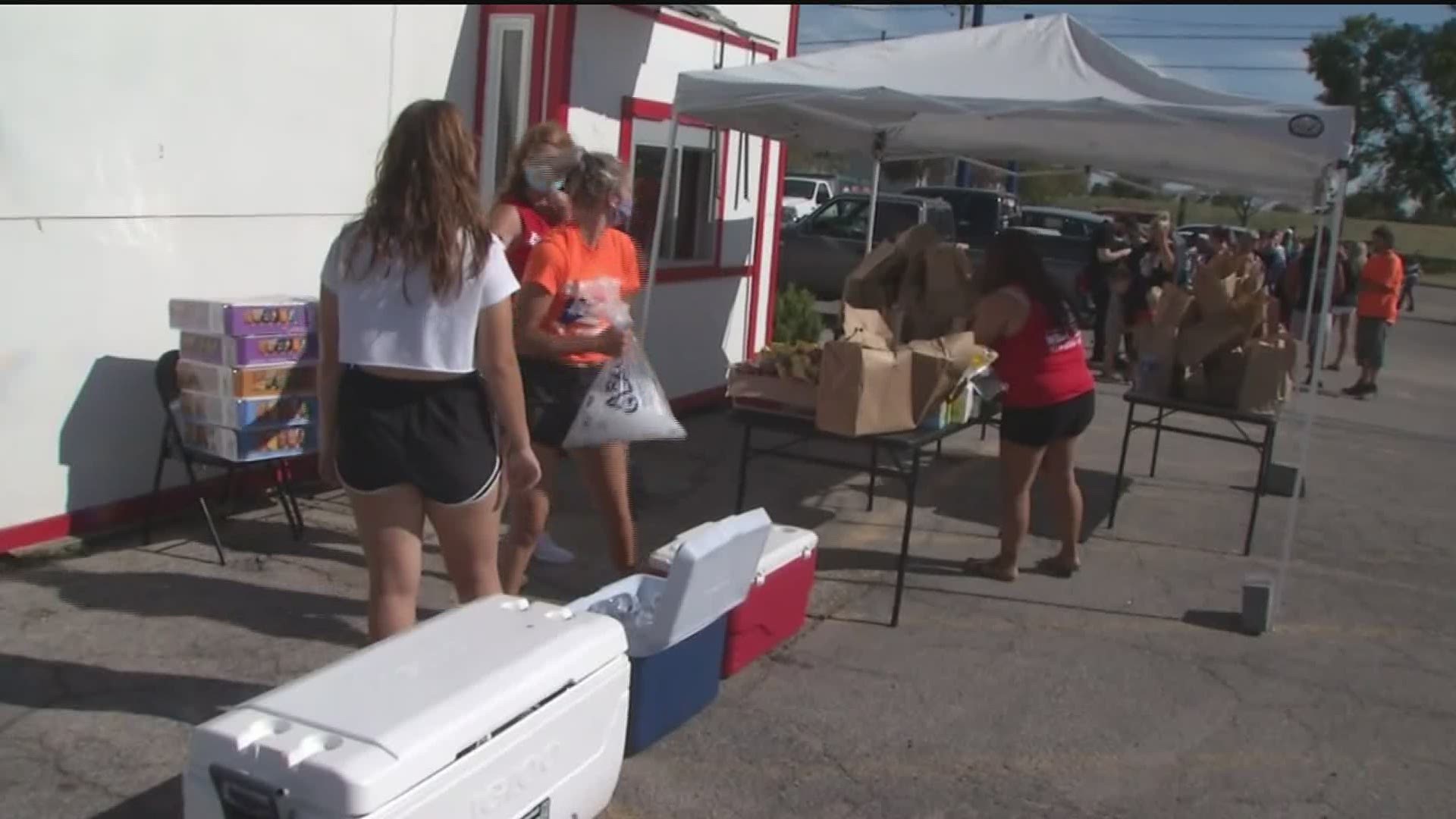 IOWA, USA — An Iowa restaurant owner is firing up his grill to supply hundreds of free meals for his community after thousands fell victim to a line of devastating storms last week.

A powerful derecho tore through the Midwest last Monday, damaging homes and leaving millions without power throughout Iowa and Illinois.

A derecho (pronounced similar to "deh-REY-cho") is a widespread, long-lived windstorm associated with a band of rapidly moving showers or thunderstorms.

As the community struggles to return to normal, barbeque restaurant owner Willie Fairley is using his grill at Willie Ray's Q Shack to provide his neighbors with at least 400 meals daily at no cost.

"It's terrible right now. You got a lot of people still without power," Fairley told CNN. "We're just trying to do what we can as a company to make sure we did our part.

"Because if it was me home with nothing. I would want someone to at least be able to provide something for me."

The city of Cedar Rapids faced the most storm damage, with more than 800 residential and commercial buildings suffering full or partial collapse of the roof, walls, ceiling or floors, Cedar Rapids Fire Chief Greg Smith said.

About 50 people were hospitalized with storm-related injuries around Cedar Rapids, according to the police department.

The goal of providing for those in need is exactly what Fairley has been able to achieve. The restaurant has provided at least a thousand free grilled meals to the community, including ribs, chicken, burgers and hot dogs, Fairley said.

The restaurant has been offered at least 15 catering jobs, but the business declined. "Money will come but people are in need right now," said Fairley.

"The main reason we're doing it free is because there's been a lot of people donate to us to help us keep feeding people. So, we figure we'll just do it to make sure everybody gets something."

The business owner has become a local hero, with many celebrating the grill master's efforts on social media. Several have even made posts nominating Willie Ray's Q Shack for the Discover Eat It Forward program, a contest awarding $25,000 to Black-owned restaurants.

Fairley plans to continue to serve his community free food as long as there are funds to give, the restaurateur told CNN affiliate KGAN. He aims to feed a homeless shelter once a week, once the devastation from of the storm is over.