Her doctors say there is no chemotherapy or treatment able to save her. Her dream is to be a police officer. 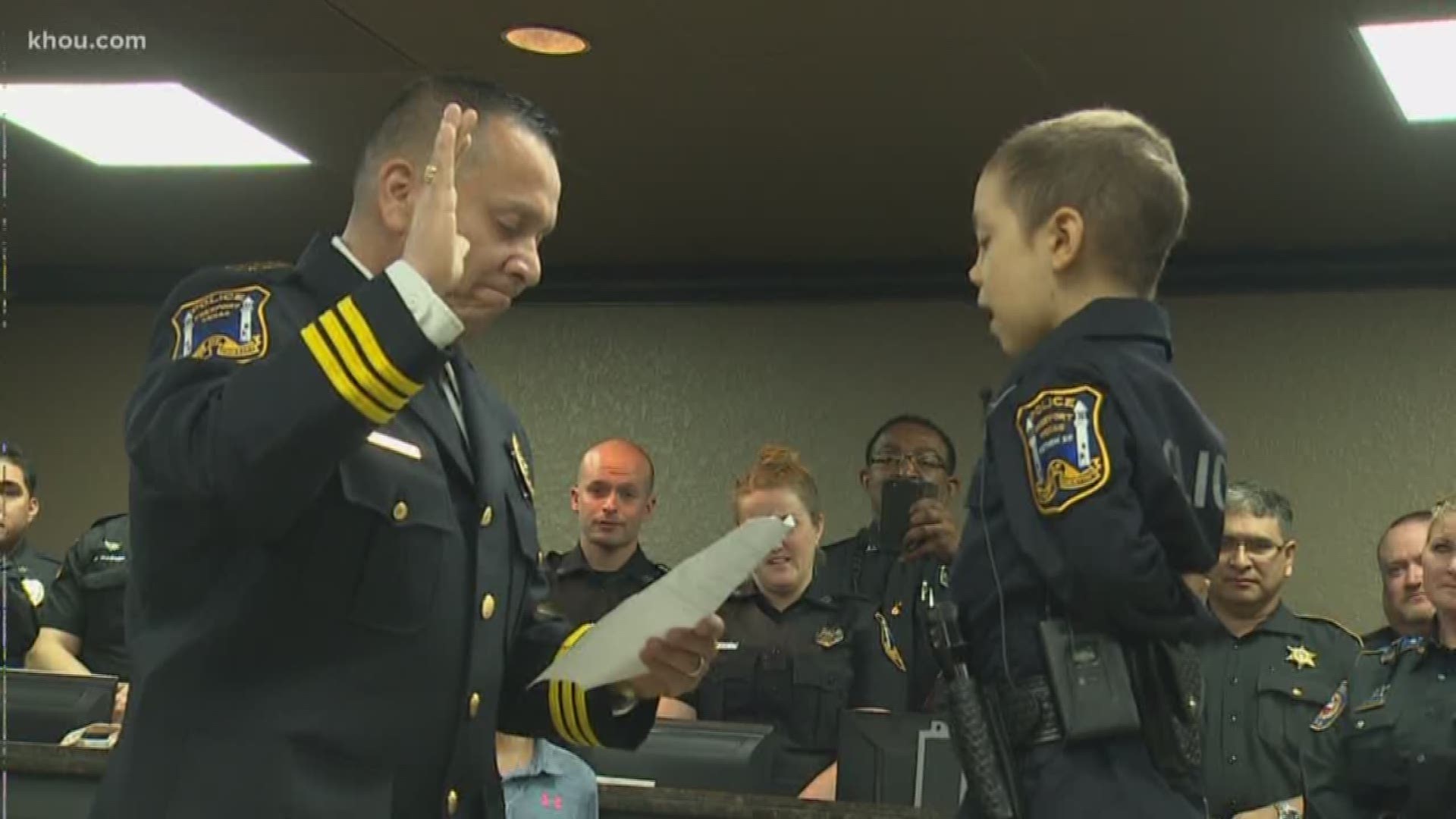 FREEPORT, Texas — The newest officer became chief 18 minutes after being sworn in at the Freeport Police Department.

She is 6 years old with cancer in both lungs. Doctors said she does not have long to live, so she lived part of her dream Thursday morning.

Freeport PD has 33 sworn officers. None is more determined to bust bad guys than the 6-year-old holding badge number 758.

“(I want to catch) even the people that are speeding,” Abigail Rose Arias said.  “I kind of get nervous, but I never give up.”

Abigail is so fearless that city council proclaimed Feb. 7 forever her day for reasons that made her chief weep.

“It felt neat inside my heart and inside my body I felt excitement and all of (the) love,” Abigail said.

She has cancer. Two years ago, pediatric oncologists found a stage four Wilms Tumor wrapped around Abigail's aorta. The 80 rounds of chemotherapy used to shrink then remove the tumor almost killer her. Abigail was allergic to one of the therapies used.

For five months, her cancer lay in remission. Then it spread to both lungs. In November, Abigail's doctors said they no longer knew any treatment or chemotherapy able to cure the girl. Her cancer is terminal.

“Our greatest struggle is saying no to fear,” said Eileen Arias, Abigail’s mother.

“We’re strong in our faith,” Rueben Arias said.  “We believe in God. The doctors can say what they say medically but we know that God is the one that has her destiny in his hands.”

Around Christmas, the family met Freeport Police Chief Ray Garivey. He and Abigail bonded the moment she shared her dream.

“She (said) I want to be a police officer,” Garivey said. “I looked back at her dad and said she probably shouldn’t have told me that. He kind of winked at me and I said we’re going to make that happen.”

Dozens around Brazoria County chipped in and donated a custom uniform, food, police patches, challenge coins and more to make Abigail’s day special. She really wanted the badge, though. It is her license to attack the “bad guys” in her body: cancer.

Her spirit won over the entire courtroom filled with people there to witness Abigail's ceremony. 18 minutes after being sworn in, Abigail took her chief’s badge and made him a promise neither will forget.

“I promise to keep fighting the bad guys until all my cancer is gone,” Abigail pledged to the chief.