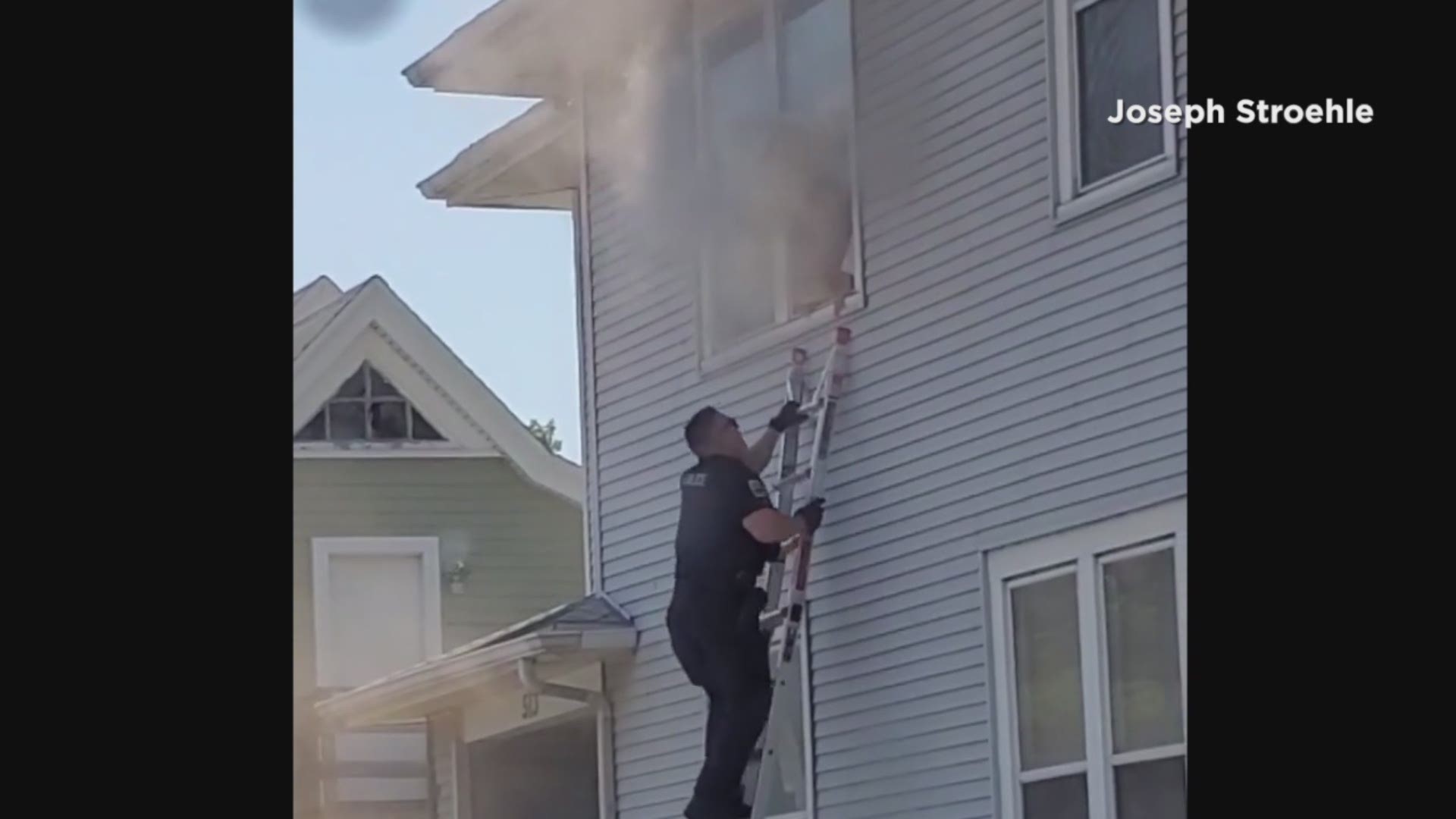 Jodi Viveros, the homeowner, said she was away from her house in the 500 block of Locust Street when the fire broke out at about 11 a.m.

One of the first people on scene was Anthony English, a roofing contractor with A+ Roofing who happened to be driving through the neighborhood.

"I happened to see the smoke coming out of the dryer vent which I know is obscene," said English.

He said through the thick black smoke he saw Viveros' son, Gage.

"The smoke was just blinding him. I mean it was gasping me just trying to help him out the window," English said.

English said he quickly ran to grab a ladder from his work truck and used it to rescue Gage and then offered it to other police officers who arrived on scene shortly after him.

In total, four children and a dog were evacuated from the home by English, another contractor, and ten Davenport officers.

"We just happened to just be in the area. We're contractors, we're just running around doing our thing," English said.

On Wednesday August 26, all twelve heroes were honored during the city's city council meeting.

"The actions that were demonstrated that day are beyond the normal expectations from our community members and our police officers. And as the Fire Chief of Davenport, I would like to thank all of them for their efforts in making a bad situation better," said Fire Chief Mike Carlsten.

"I’ve been waiting to meet these gentlemen that helped get our kids out... They are carrying that hero status and they should," said Viveros.