Dozens of people from the Quad Cities gathered in downtown Davenport to pay their respects to Justice Ginsburg. 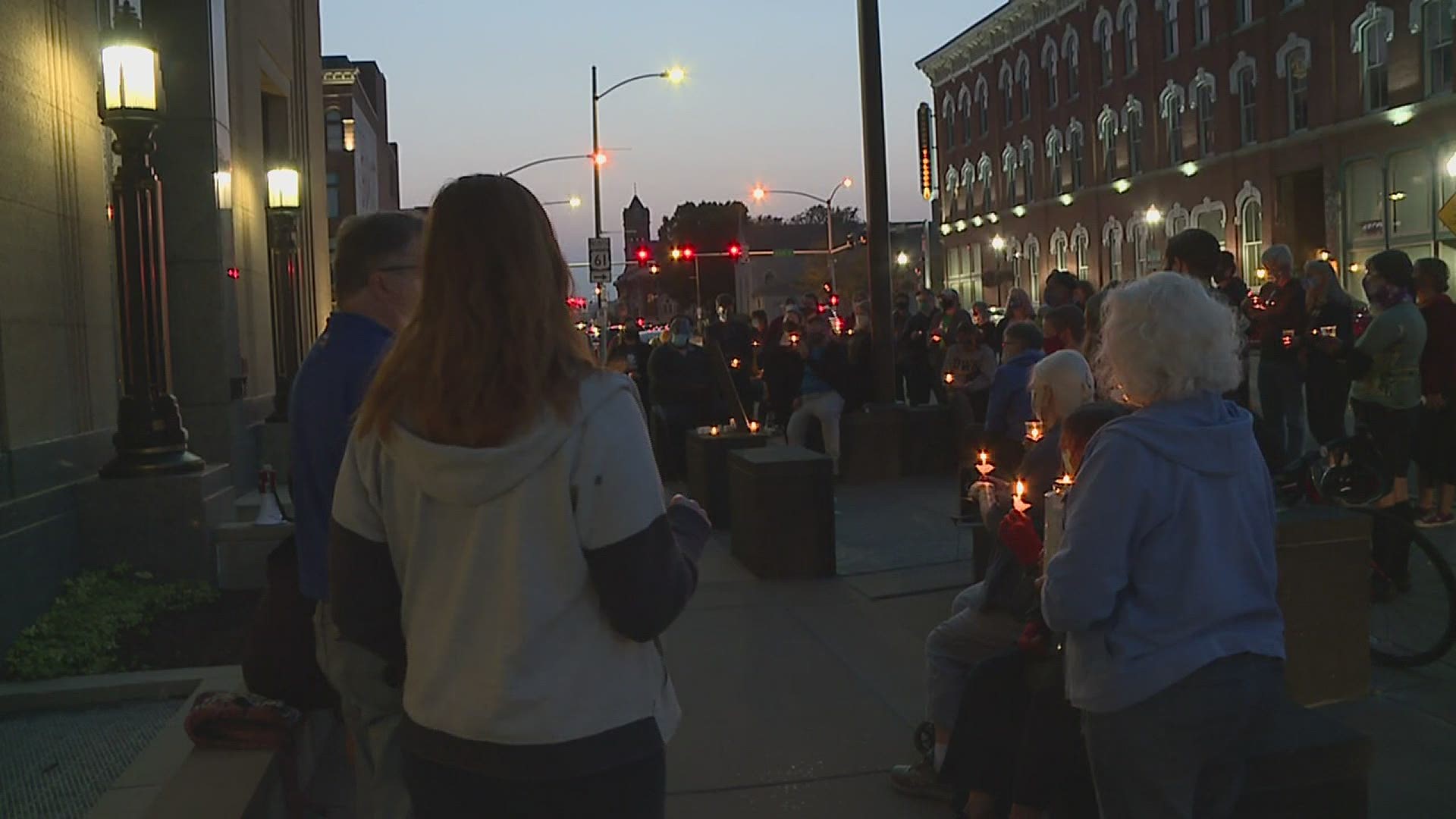 DAVENPORT, Iowa — People in the Quad Cities, and around the country, are paying their respects to Justice Ruth Bader Ginsburg, remembering her life and legacy.

Dozens of people gathered outside the federal courthouse in downtown Davenport Saturday night.

Those who attended the candlelight vigil shared memories, poems and songs. Some donated signs and flowers in Ginsburg's honor.

Organizers say this event did not have a set schedule. Rather, they wanted to provide a place for people to gather together.

People who attended Sunday night's vigil say Friday night's news was hard to hear, but that Justice Ginsburg's legacy will still live on.

"Every time she sat on the bench, to her it was who can I extend rights to, not take rights away," Brian Mclain said. "And, I think that's something that has to be applauded, especially in today's climate."

Organizers say they will leave the signs and flowers as long as the site remains clean. The memorial is outside the entrance to the courthouse on East 4th Street downtown.