The truck was unveiled during a special ceremony on October 23. 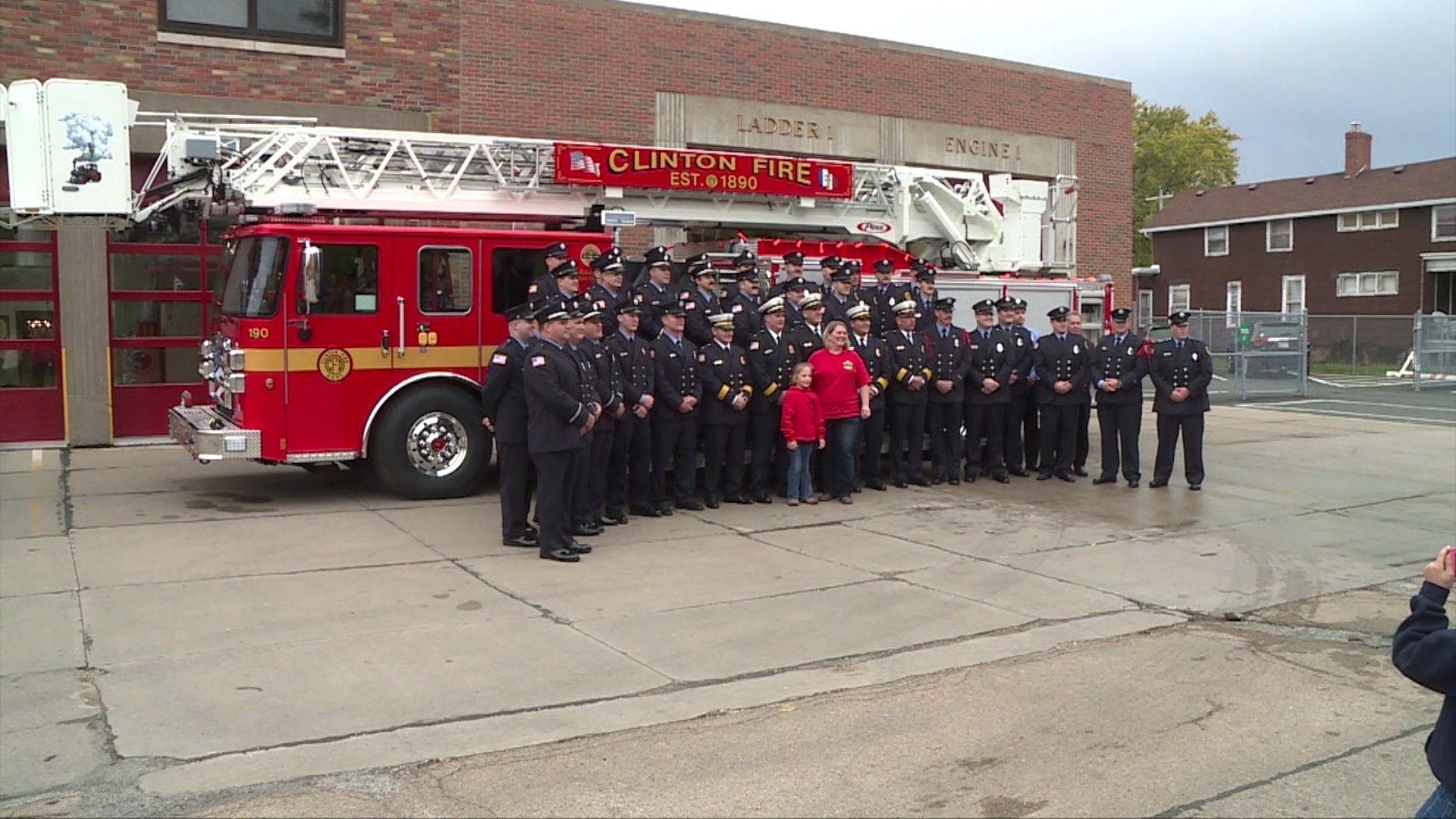 "We lost a firefighter and we set out to properly honor him and his family," said Chief Mike Brown. "We felt it only appropriate that we dedicate this new truck to his memory."

Cain said Hosette was on the truck committee and that he played a big part in designing the two previous trucks at the station.

The truck is named Ladder Truck 190 because "190" was Hosette's badge number.

Hosette was killed in the line of duty while responding to a fire at Clinton's ADM Plant.

Firefighter Adam Cain was also injured during that call, after an explosion. The explosion also totaled the station's previous truck

"I think it will be really important in the future when new people start," said Fire Chief Mike Brown. He says people may wonder whey the truck is called "190."

"I think it will be pretty important to keep his memory alive," said Brown.

The truck was unveiled during a special ceremony on October 23.

Lt. Hosette's daughter was on scene to wash Truck 190.

The truck also has a mural on the bucket combining two of Hosette's favorite things, tractors and fire service.

Hosette's family also got a copy of the mural during the ceremony on Wednesday evening.