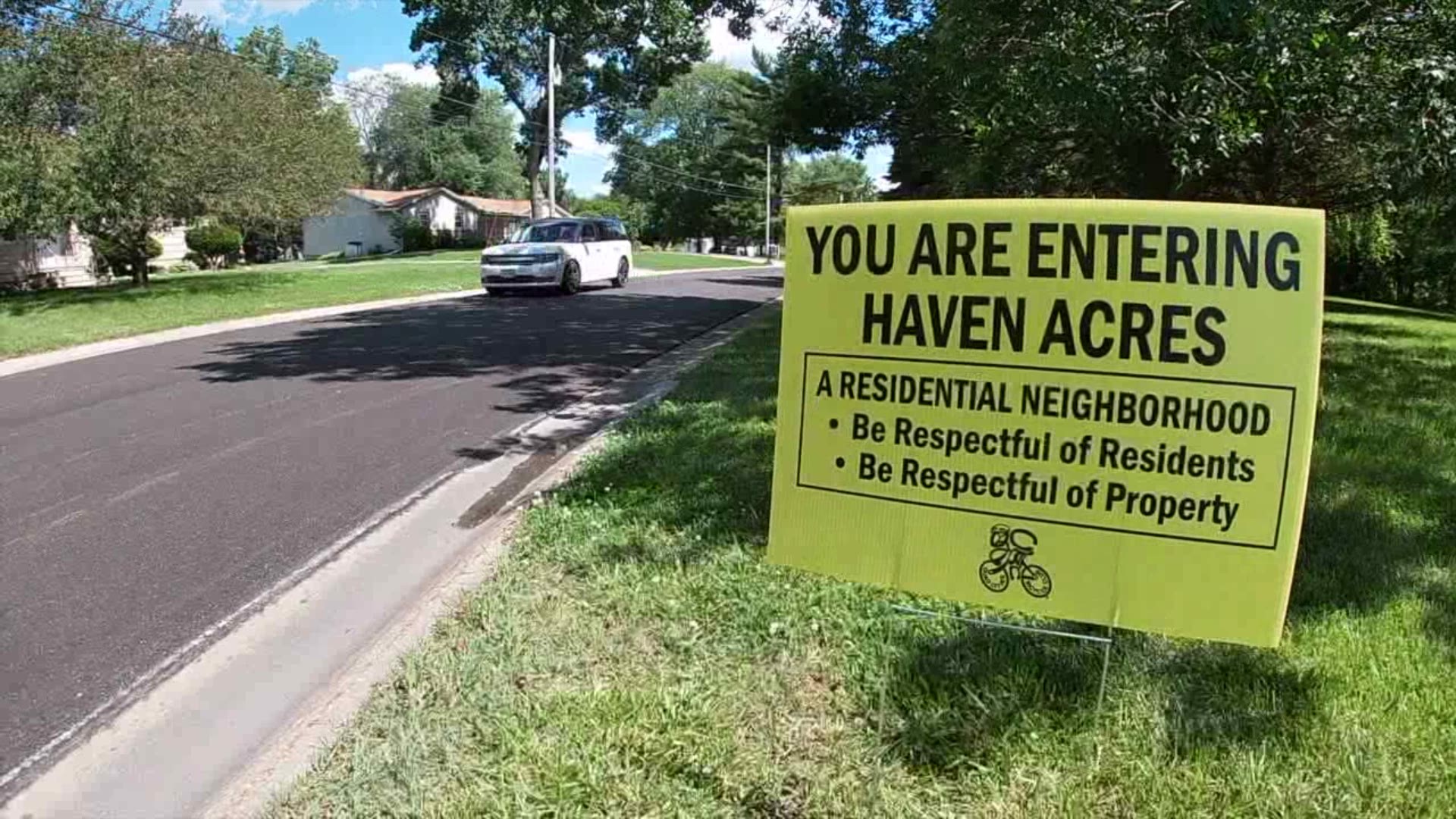 RIVERDALE, Iowa — Inside Riverdale’s Haven Acres neighborhood, there is a road block that is about to become permanent.

“The connector route that we’re closing is really the result of a bunch of people taking a short cut across city property to reach a public street,” said Mayor Mike Bawden.

Mayor Bawden said it will cost the city $20,000 to install a permanent locking gate at the end of Kensington Street - a dead-end road that once connected Mississippi River Trail to Duck Creek Path.

Council member Kelly Krell said her family has lived in the Havens Acres neighborhood since 1961. She said having the connector path open has been a negative experience from the start.

"I represent the people who elected me, not the greater Quad City community," said Krell. "I feel compelled to do what I can to help the residents of Haven's Acres feel more safe and comfortable in their own homes."

Michael Steen said he has lived next to the bike path for decades and said he often sees bikers, ATVs and even cars cut across his yard. He said a permanent solution is long overdue.

"It’s not like we’re restricting them from the bike path," said Steen. "They have two perfectly fine entrances on Bellingham and 42nd and they're just as close to each other. Kensington was totally not necessary it was overkill."

The city put up a temporary fence until the permanent fence can be installed. However, they are also simultaneously running a traffic study on both the bike path and Kensington Street traffic.

Mayor Bawden agreed with those in the biking community that wanted the path to remain open until a safe detour can be agreed upon.

Mayor Bawden said he hopes all parties can begin to work together.

"The fact is, you need to work towards consensus," Mayor Bawden said.

The permanent fence is expected to be installed in four to six weeks. Meanwhile, the bike path study should be completed in a month.

"This process was decades in the making, and an active process for at least the past two years, so to call it immediate is a misrepresentation," said Krell.