“To be able to not have to sit on the sidelines and be able to come out and shoot like everybody else does, it’s pretty incredible,” says Mart... 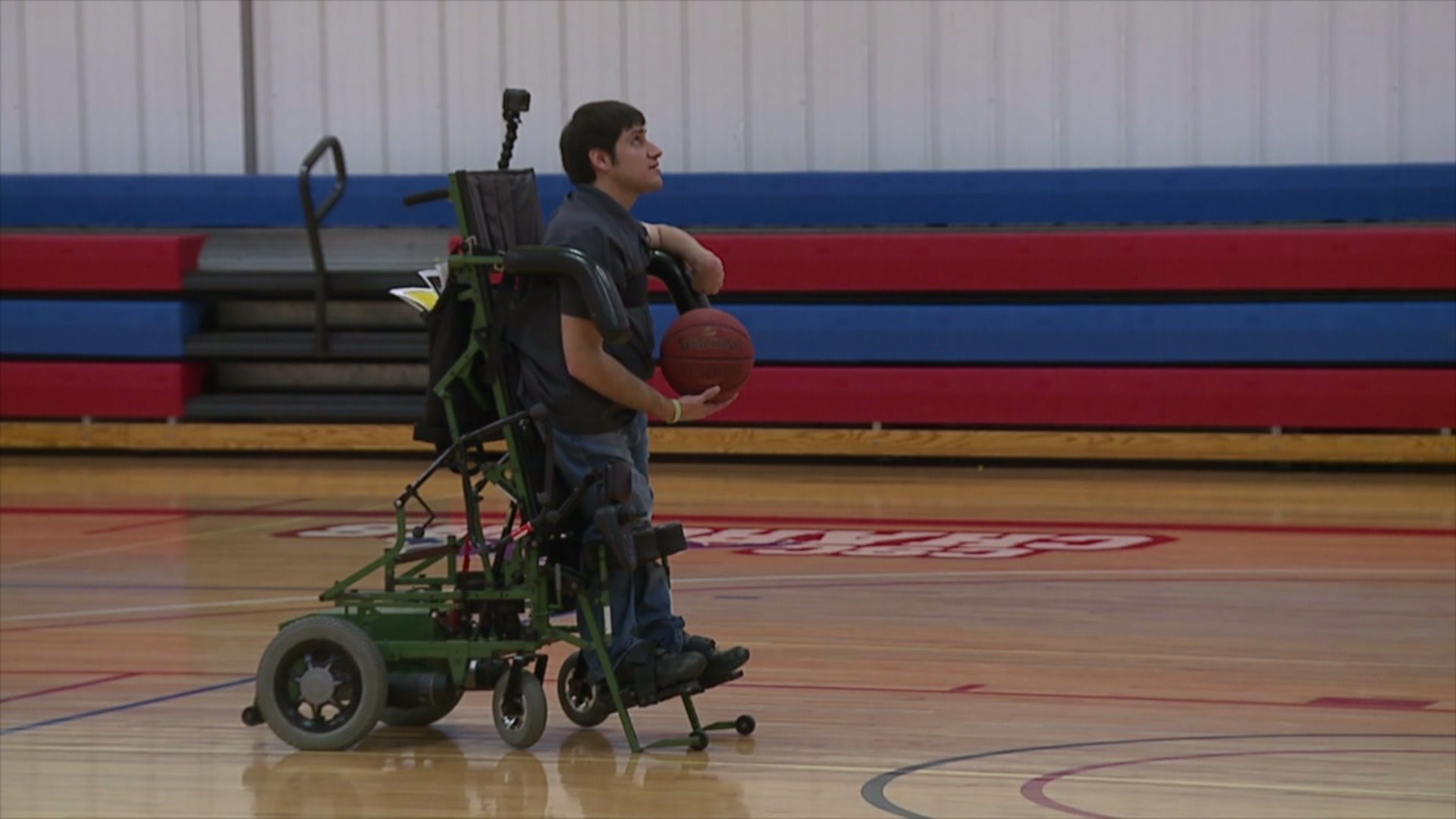 GALESBURG, Illinois-- A young man from Galesburg born with Spina Bifida just did something he never dreamed possible thanks to a new tool and his drive to never give up. He says it's simple, if you want to do something, do it.

For a lot of people, Michael Martinez's wheelchair is the first thing they notice.

"I would think what happened? Why are you in a wheelchair?" questions student Alyssa Hopson.

But the attention makes Mike uncomfortable.

"They always glance at my chair first, which is really annoying," says Martinez.

He's a sophomore psychology major who loves sports. He was born with a condition.

"Spina Bifida is when you're born, there's a hole in your spine," explains Martinez.

He needs help getting around and doing the things he loves, like playing basketball. But it was the misunderstanding from others that lead to a feeling of isolation that hurt most.

"In my past there was a lot of bullying and being excluded. That's hard to talk about sometimes," says Martinez.

But he's not making excuses. Now he's being noticed with intention.

"You can sit back in a room and wait for people to invite you, or you can walk in a door first and invite them to come to join you," says Martinez's academic advisor Anthony Law from Carl Sandburg College.

Now Michael is speaking in front of his peers, answering any questions they might have, turning a challenge into an opportunity to teach others.

"If I'm going to have these struggles, I might as well use it as a story to inspire everyone," says Martinez.

Now the things Michael is able to do surprise others.

"I don't even think about him being in a wheelchair. I just think you're a rock star. That's what I say," says Hopson.

But lately, Michael has been surprising himself. With the help of a wheelchair that allows him to stand, he's overcoming his condition by shooting free throws, something he never thought possible.

"To be able to not have to sit on the sidelines and be able to come out and shoot like everybody else does, it's pretty incredible," says Martinez.

Michael just got the chair a few weeks back. Now with the help of the community, he's raising money to buy it for himself.

"How many of us go around in life envisioning things but we're still scared to try?" says Law.

Mike is standing up to challenges. It may not be the first thing people notice, but he hopes it's what they'll remember.

"If I'm going to have these struggles, I might as well use it as a story to inspire everyone to say if I can do all these things, so can you," says Mike.