A West Burlington family business is sounding the alarm after the $2 trillion stimulus package provided no support for the motorcoach industry. 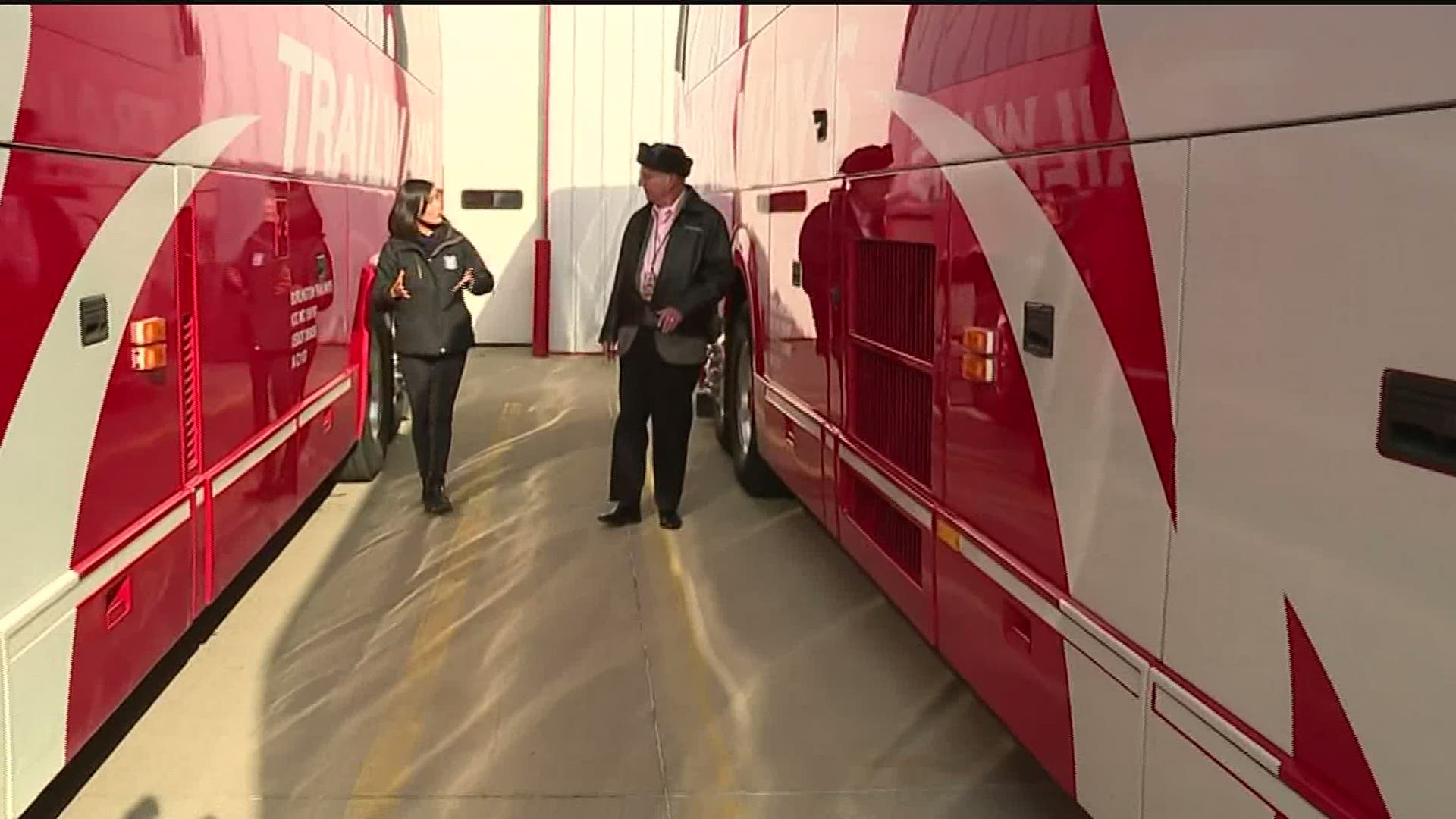 WEST BURLINGTON, Iowa — Ronald Moore built Burlington Trailways from a company with just four motorcoaches in 1981 to a modern fleet of 37 today. He has been in the motorcoach business for 60 years but the last three weeks have brought it to the brink.

"We started getting calls to cancel our business two, three weeks ago, when it became public I guess that this was starting to spread," he said, referring to the COVID-19 outbreak.

The company services six Midwestern states with regular daily services."We ran over 8,000 miles before this [pandemic] struck, now we are down to about 4,000 miles a day.

Burlington Trailways executives have been holding daily meetings to respond to a business climate that changes by the day, even the hour.

The company started belt-tightening measures: It idled 21 of its 37 motorcoaches, saving on expenses like insurance. It adjusted depot hours and even closed some.

"We’re catching up on doing maintenance, trying to keep people employed. But this is the first time in 38 years that I’ve actually had to lay off people," Moore said.

He said about 10 people were laid off, while 21 drivers are still on the payroll even though their coaches were no longer running. The company employed 145 prior to these layoffs.

"I worry and I pray every night that we can take care of them. One, we don’t anyone to get sick. Two, we want them be able to provide for their families. They worked hard for us, we have a lot of good employees."

"We’re starting to lay people off because it’s down to that point to save what we whave to get through the storm," he said, adding that it was not just his business.

According to the American Bus Association, 90 percent of the nation's 3000 bus and motorcoach companies are owned by small businesses.

"They call on the bus companies to move people, to move troops. We’re DOD-certified, so we can move troops and they use us to do that. If we are out of that business, who are they gonna get to do that moving?" Moore questioned.

"They bailed out the airlines, Amtrak, transit, but nothing was done for the motorcoach industry."

While Congress passed the largest stimulus package in American history last week, including more than $50 billion for airline companies, it failed to consider how critical the motorcoach industry is, Moore said, to rural Americans, "senior citizens, people on a fixed income, people that don't drive," and areas not serviced by any airline or public transit.

"We go through a lot of towns that don’t have any other service, so they'll ride the bus to get to the major town."