Months of work have already gone into the Burlington Memorial Auditorium, and there are still months of renovations ahead. 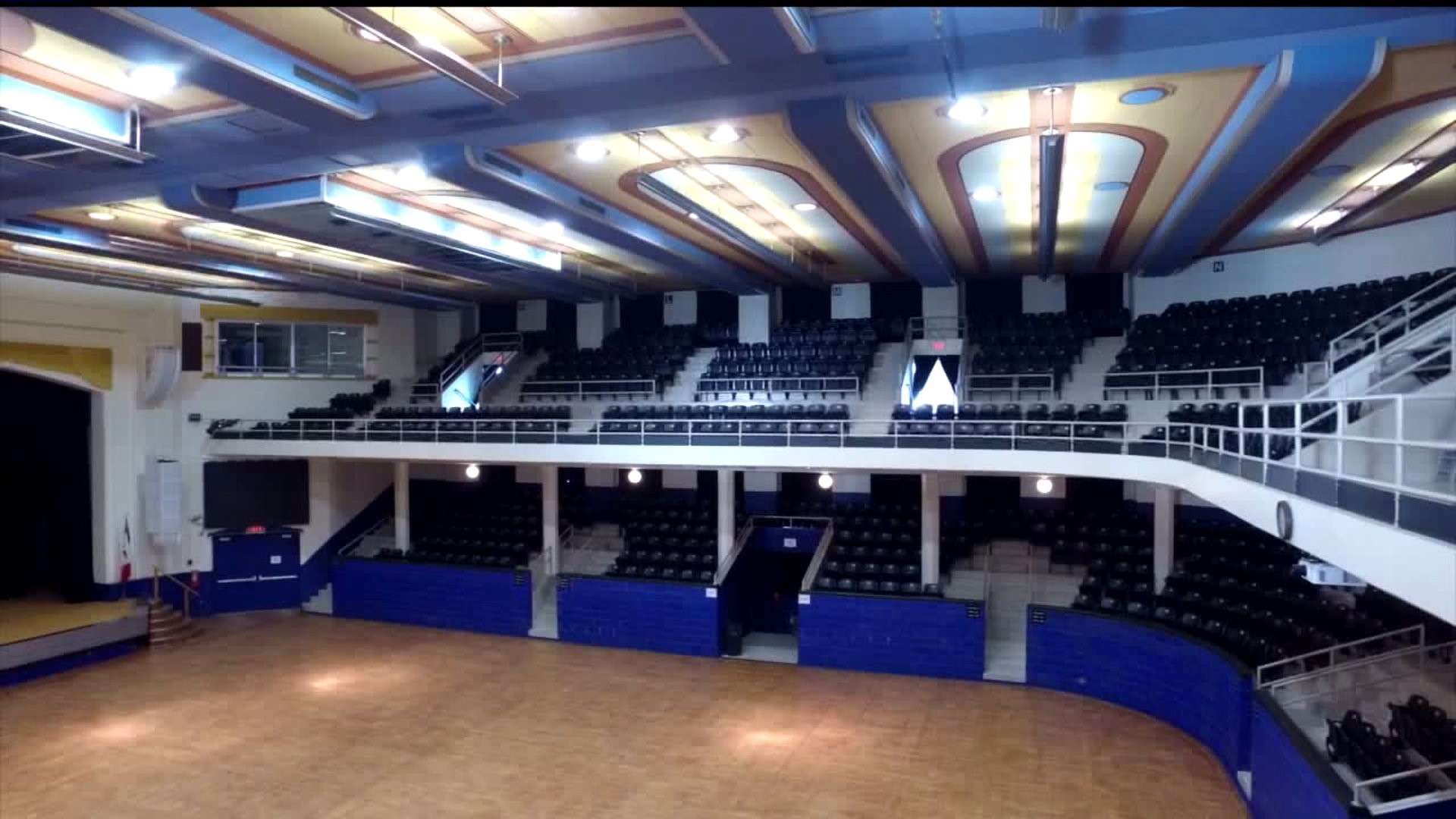 BURLINGTON, Iowa-- Crews in Burlington are still cleaning up a historic building on the Mississippi River months after the HESCO barriers broke, flooding parts of downtown.

Clean-up of the Burlington Memorial Auditorium has taken longer than expected, with some unforeseen obstacles and a river that simply won't stop flooding.

Currently, the banquet hall is stripped down to concrete. Most of the drywall was taken down after three feet of floodwaters inundated the first floor. Appliances, furniture and equipment were all lost.

"We had a lot of raw sewage in here, which made things incredibly hard to even try to clean," Breydn Hill, City of Burlington property maintenance manager said. "Once the walls were coming out, we found asbestos on pipes."

The city had the asbestos removed, but even upstairs, rooms were affected by the floodwaters. The floor in the arena swelled from the humidity below, bending and bowing in places.

Hill said they're still fighting the Mississippi as the river is at a moderate flood stage and water continues to seep into the basement. So that crews can inspect the pipes, pumps are periodically run to get rid of some of the water.

Burlington Riverfront Experience has called the auditorium home for the past year and a half. Executive Director Mike O'Neil said they've hosted concerts, wedding receptions and birthdays in the auditorium's arena, but those were canceled or moved this summer due to the flooding and damage.

"Our purpose of being in here is to prove to the city that these cities are very viable and they're important to Burlington and the surrounding areas, and that's been put on hold," he said.

But the end is starting to come into focus.

Hill said renovations downstairs could start wrapping up in January to have events and catering back in the banquet hall. Work could then continue behind the scenes on utilities.

The Burlington Riverfront Experience held its first event in the arena in mid-October. It's hosting the Five Irish Tenors next week on Nov. 4., but the non-profit already had to cancel the Mannheim Steamroller concert.