The black bear was seen eating corn and napping while making it’s way back north. 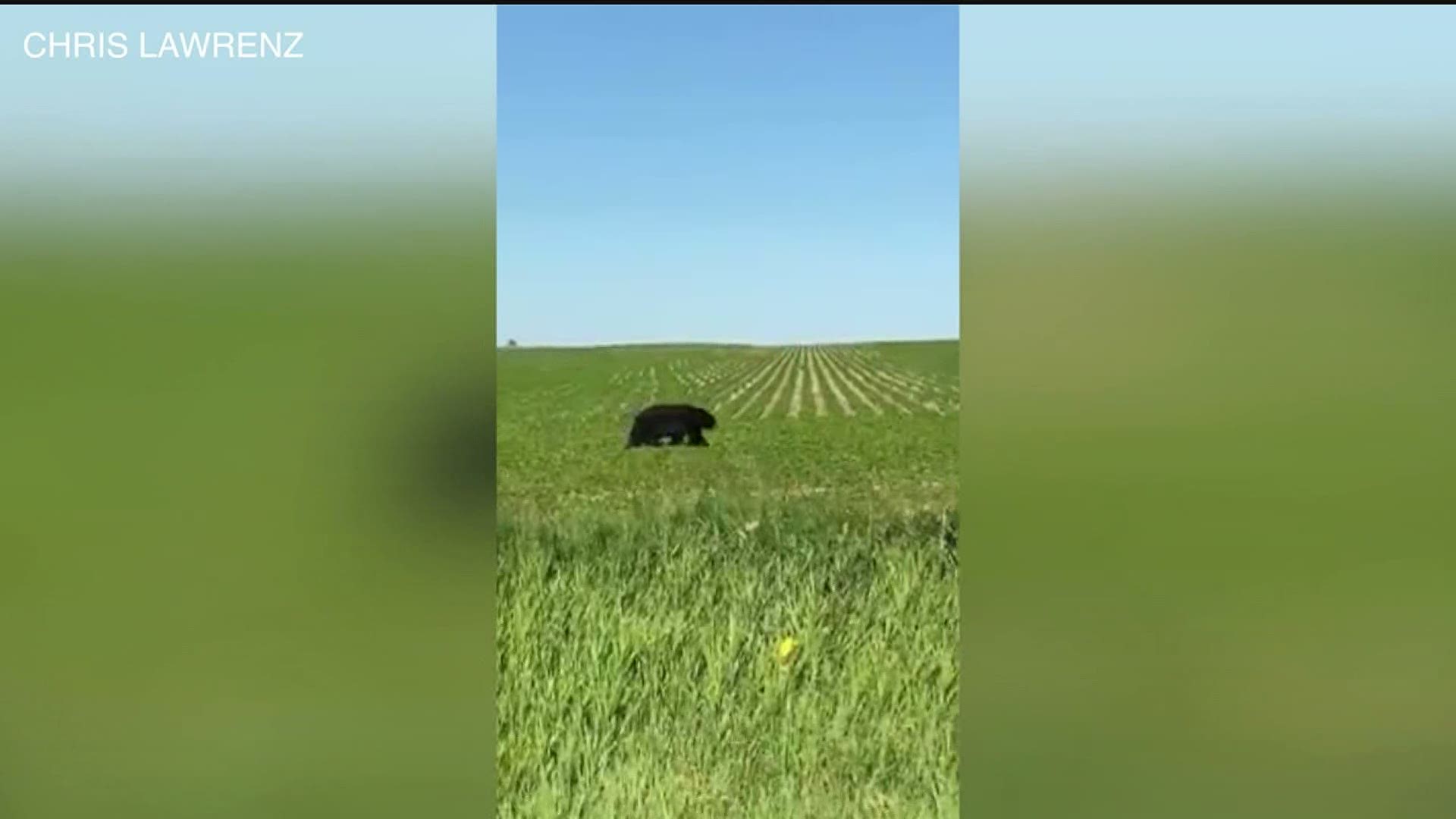 CLINTON, Iowa — An official with the Iowa Department of Natural Resources told News8 that crowds gathering to watch the newly-famous wandering bear could pose a threat to its safety.

DNR officials are highly discouraging people to try to find the bear and said they will be enforcing citations. 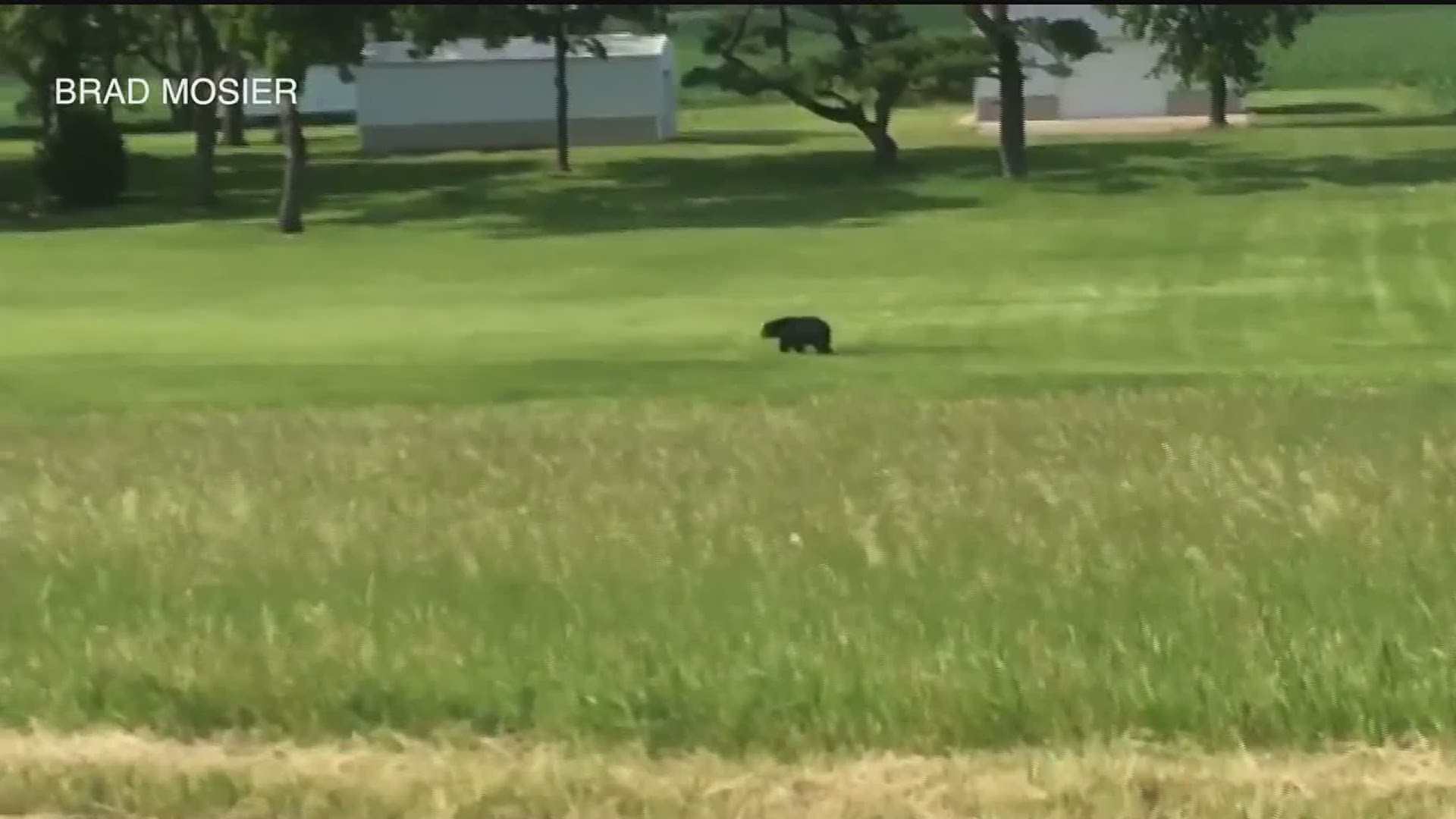 The bear was spotted crossing over into Scott County, a feat that the Iowa DNR says is very rare.

The agency says that seeing a bear cross the Waspi river is unusual. It's believed he may have gotten stuck on a barge, trying to eat some corn and grain that was on it.

He was last spotted near Highway 61 in Eldridge.

A black bear was spotted crossing through Clinton County near Grand Mound early Monday evening. The bear was in the area all weekend while people snapped videos and photos of the visitor.

“We were stopped on Highway 136 and saw a bear crossing the road,” remembers Janet Turpen, who spotted the bear on Sunday. “I had my camera with, so it was the perfect opportunity to capture a bear on film.”

“In the last five years we see two to three reports a year; ten years ago, maybe once every two years,” says Harrison.

He says black bears were once native to Iowa, but they are more suited for the north woods habitat in Wisconsin, Minnesota, and South Dakota. Once in awhile they get stuck on a barge - attracted to corn and grain on board.

“They’re just eating while the barge is moving downriver,” Harrison explains. “When they get full they roll off and whatever bank they swim to, that’s the state they are in for a little bit.”

The Iowa DNR says if you see one, keep your distance and photograph it, but leave the bear alone. The bear will make it’s way back north.

People who spotted the bear in Clinton County say it was calm, ate corn, and took naps every five minutes.

The DNR says black bears are omnivores who enjoy berries and grains. They typically don’t go after livestock.