A family of six is now homeless after a fire broke out at their mobile home in Bettendorf overnight. 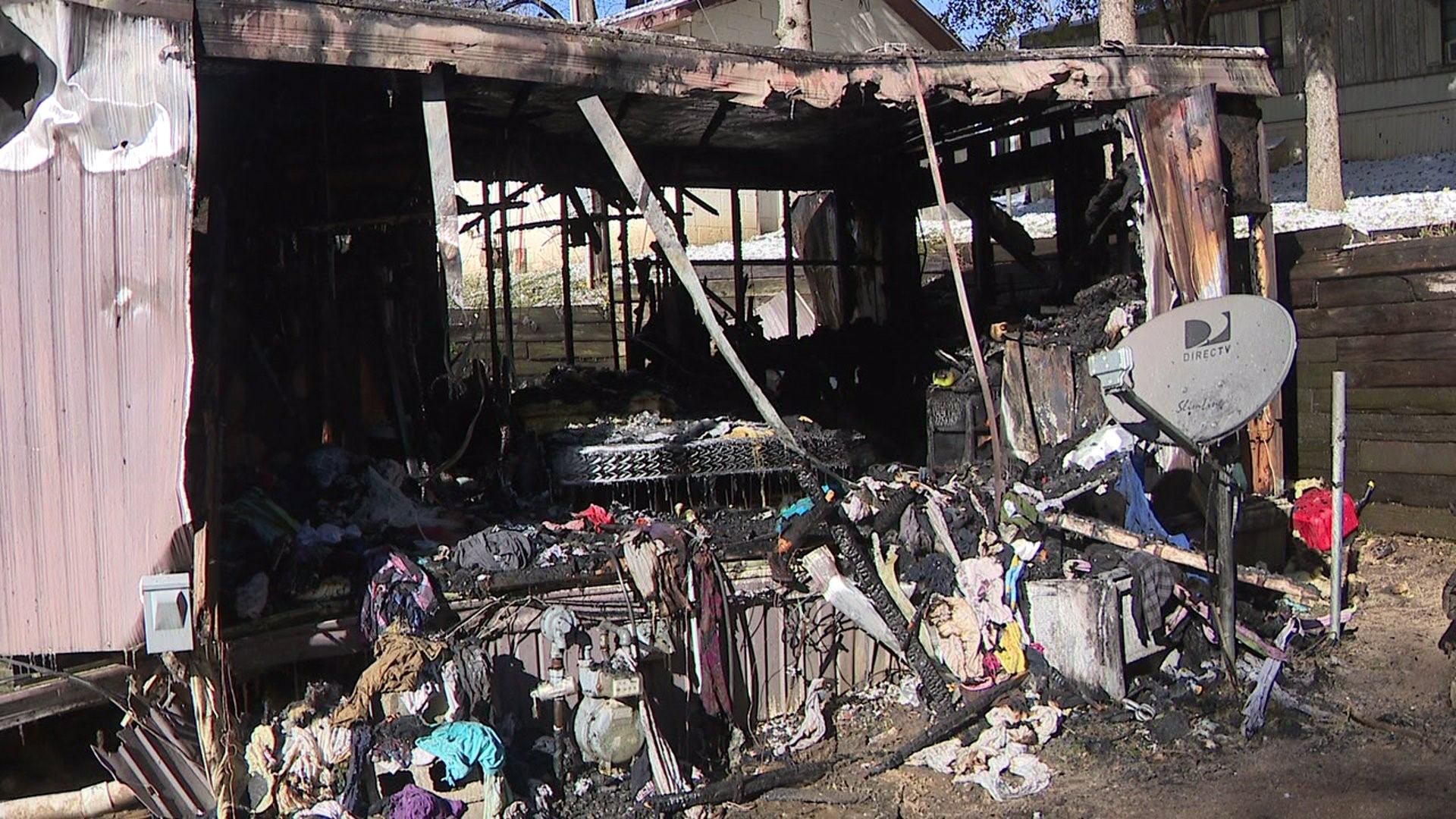 BETTENDORF, Iowa -- A family of six is now homeless after a fire broke out at their mobile home in Bettendorf overnight.

Bettendorf Fire received a call around 1:45 a.m. on Tuesday, November 12 at the Devils Glen Mobile Park.

The homeowner, Ariel Young, said it was only a matter of minutes before the flames engulfed her entire home.

Young said she was awake with her five month old child when she suddenly smelled smoke. As a precaution, she said she unplugged a small space heater she typically used at night.

"I've been using it for the last four weeks no problem," Young added.

Moments later, she noticed smoke seeping up from her floorboards. That is when she said she punched a hole in the wall behind the outlet, removed installation, and saw flames shooting out.

Young said her mobile home was built in 1974 and she struggled to get it insured due to how dated the home was. She said she has had to replace all twelve of the outlets in her home and the one that was near the fire was replaced less than three years ago.

"I checked to make sure everything was working right. Every summer, every spring, every winter," Young said. "We just did checks on the place recently and everything seemed fine. So nothing in my mind could have actually caused this besides some type of faulty wiring."

Young admits she knew the risks of owning a mobile home when she began renting nearly thirteen years ago.

"My step mom, years ago, told me never to get a trailer," Young said. "She said trailers are fire hazards... I’ve seen so many places that have trailer fires and I feel so bad because a lot of places people don’t make it out."

Despite her home being a total loss, Ariel Young said she is thankful to have saved what was most important.

The Red Cross was called to help provide assistance to Young and her family. Bettendorf firefighters have not confirmed the cause and are still investigating. According to the city, there is an estimated $30,000 worth of damage.