The shooting happened after police were sent to a manufacturing warehouse late Tuesday evening. 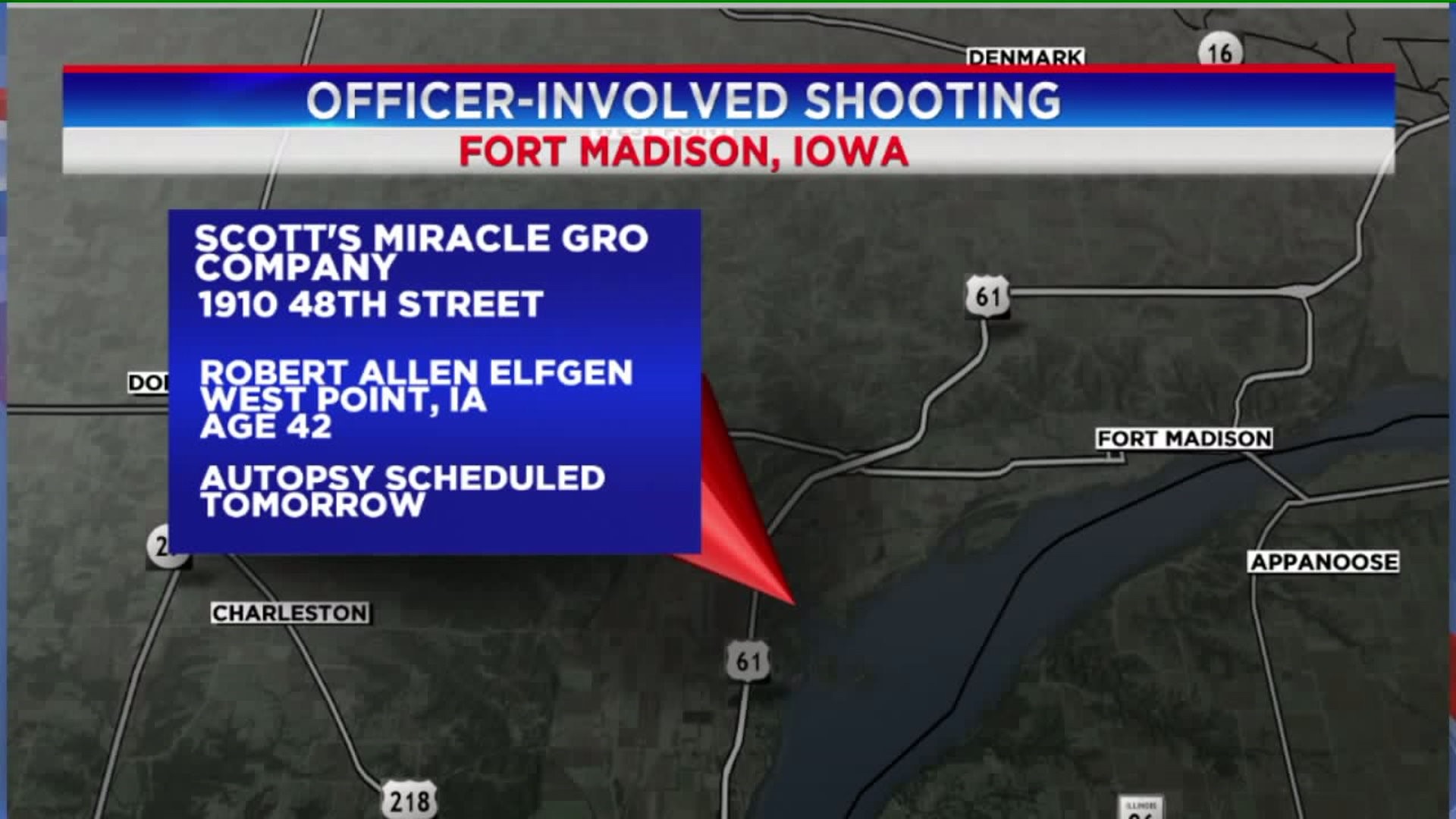 Officers encountered the man after being sent to a manufacturing warehouse just before 11 p.m. on Tuesday, December 10.  According to the Iowa Division of Criminal Investigation, the officer shot the man, who was armed with a handgun.  He later died at a Fort Madison hospital.

The man has been identified as 42-year-old Robert Allen Elfgen.

Authorities haven't said what caused the officer to fire. Fort Madison Police Chief Mark Rohloff told station WGEM the warehouse incident was related to the earlier shooting of another man.