After 21 seasons as head coach of the Augustana men’s basketball program, Grey Giovanine announced his retirement. 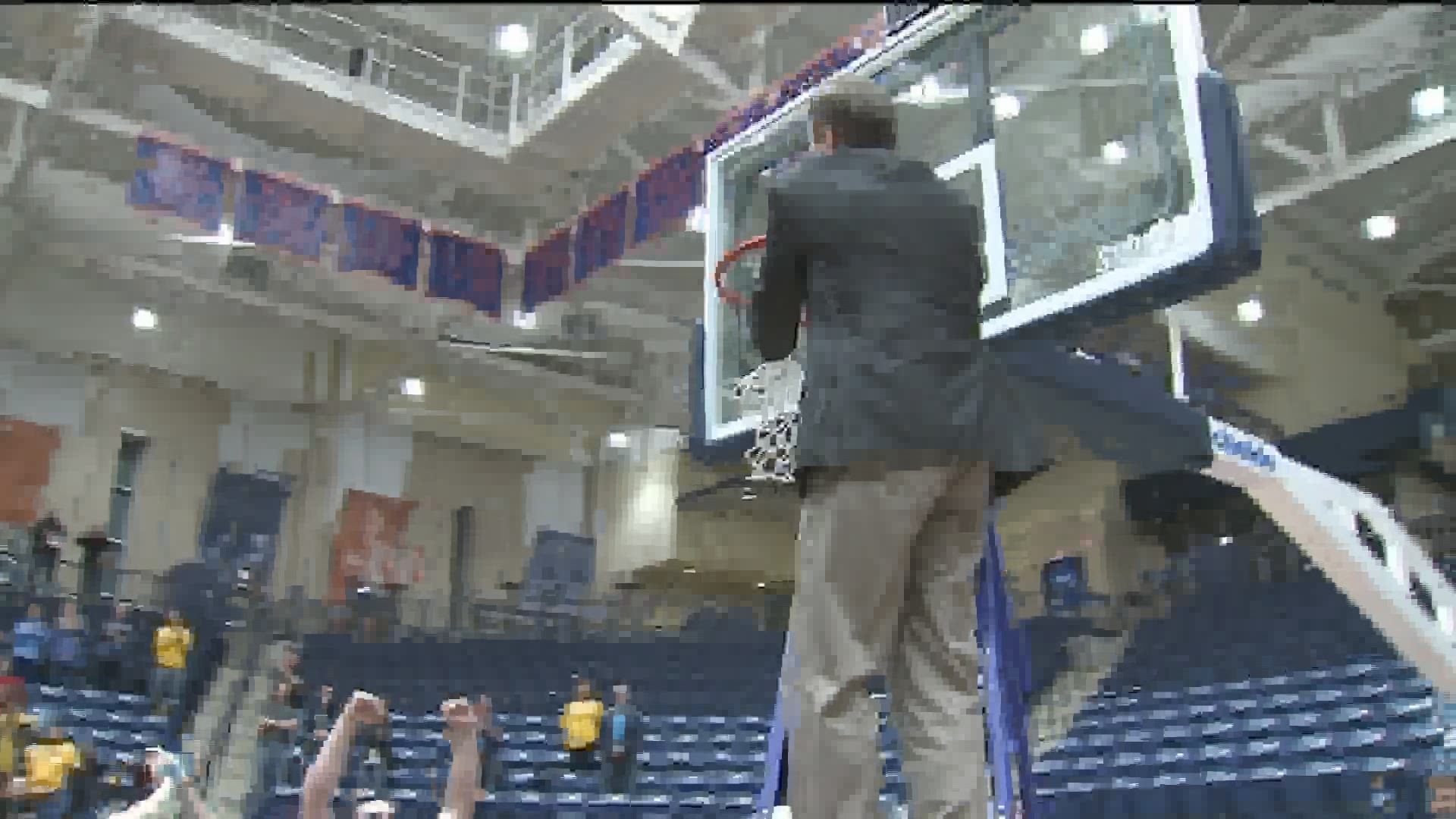 ROCK ISLAND, Ill. — After 21 seasons as head coach of the Augustana men’s basketball program, Grey Giovanine announced his retirement on Tuesday, May 5.

"Under Coach Giovanine, the Vikings posted a 433-150 (.743) record, won 10 College Conference of Illinois & Wisconsin championships and six conference tournament titles, and made 10 trips to the NCAA Division III Tournament — including two appearances in the national championship game."-Augustana

RELATED: Off The Kuff – Grey Giovanine

“After much reflection, prayerful consideration and discussion with family, I have decided that it is time for me to conclude my coaching tenure at Augustana,” Giovanine said.

WQAD was there live during the coach's Q&A.

Giovanine said he doesn't plan on coaching again anytime soon. He also says his health and the COVID situation helped spur his decision to retire.

"For five seasons, from 2014-19, Giovanine’s Vikings went 131-26 and advanced at least as far as the national sweet 16 each year. During that time, Augustana became the first to capture five consecutive CCIW championships and the first to be ranked in D3hoops.com’s final top five for five straight years."-Augustana

A nationwide search is planned to find the next coach.