The mayor tweeted the message out late Monday afternoon. 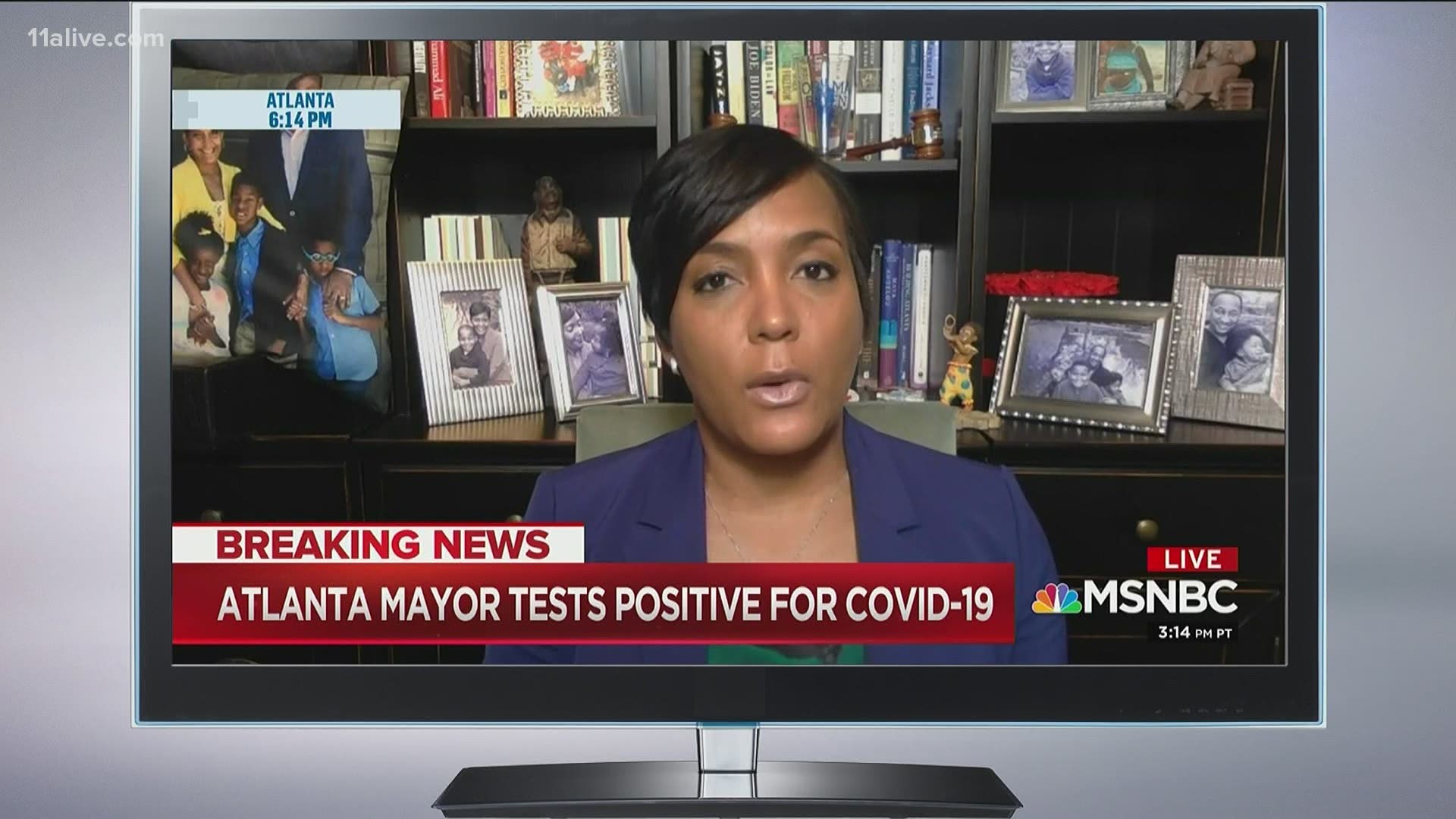 The mayor posted the message to Twitter late Monday afternoon.

"COVID-19 has literally hit home," Bottoms said. "I have had NO symptoms and have tested positive."

The mayor has been a very visible presence in recent weeks, most recently on Sunday, holding a news conference following a violent weekend in Atlanta.

During each of her appearances, Bottoms has been seen wearing a mask, only removing it to speak to cameras or to microphones.

RELATED: Atlanta mayor: 'I am a realist, not an alarmist' as COVID-19 numbers rise at 'alarming number'

In early June, after protests related to the death of George Floyd began in Atlanta, Bottoms was among leaders with a vocal presence urging those participating in demonstrations to get tested.

According to multiple sources, Bottoms is one of a number of prominent black female political figures thought to be under consideration as a potential running mate for presumptive Democratic presidential nominee Joe Biden.

239 scientists: Coronavirus can spread through air; urge WHO to acknowledge

Coronavirus in Georgia | The latest stats and averages for July 6

Coronavirus in Georgia | The latest stats and averages for July 5