Despite months of campaigning in Iowa, he remains near the bottom of the polls. But his big idea is gaining traction with a small group of passionate supporters. 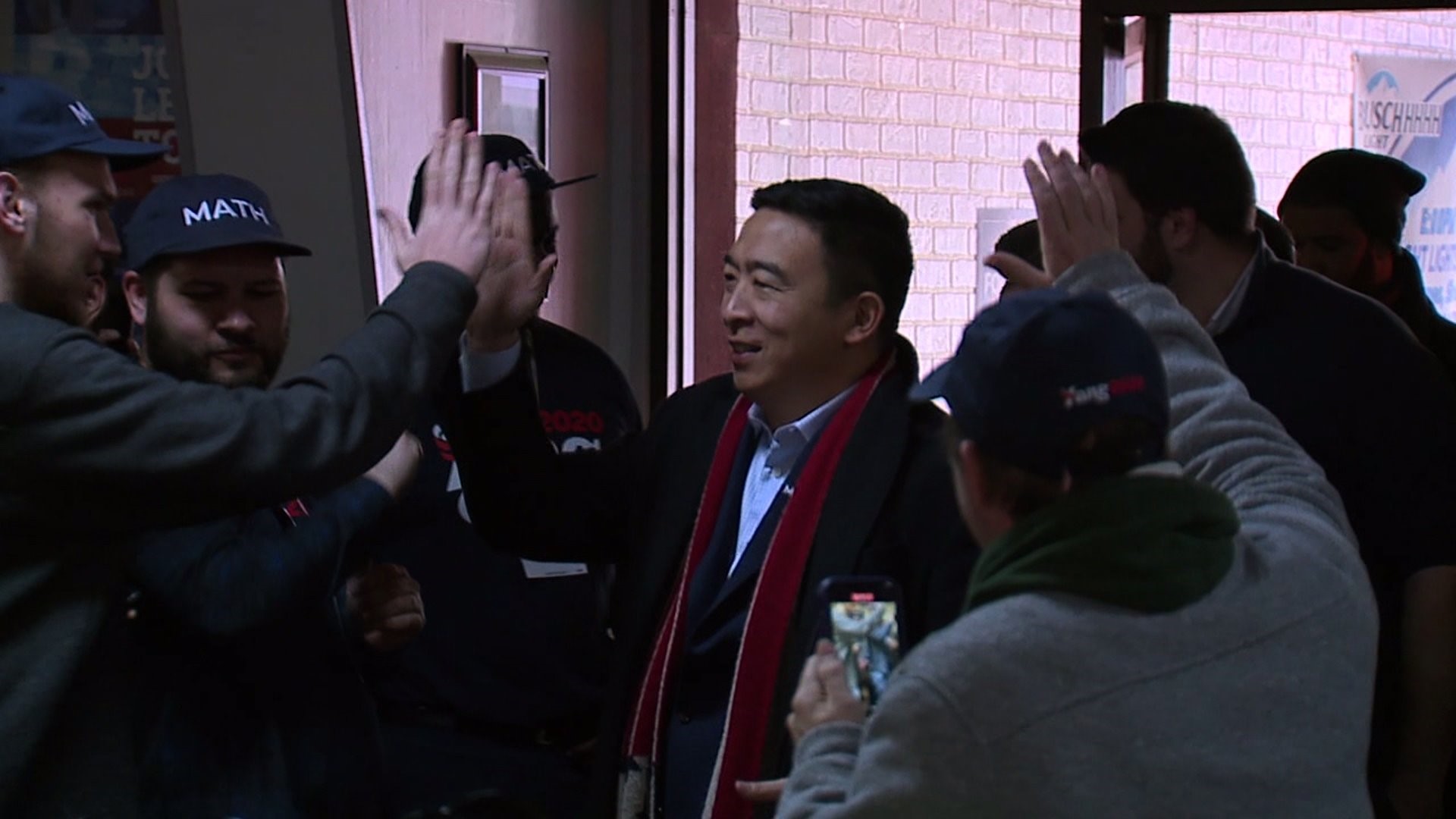 DAVENPORT, Iowa -- Just one day after qualifying for the sixth Democratic debate, entrepreneur and presidential candidate Andrew Yang on Wednesday made stops in Davenport to pitch his "Freedom Dividend" proposal to voters. In his signature campaign promise, Yang says his plan would entitle all Americans aged 18 and older to $1,000 per month as a right of citizenship.

"The freedom dividend is a deeply American idea," Yang told News Eight on his campaign bus. "Thomas Payne was for it, Martin Luther King was for it, Milton Friedman was for it. In Alaska, they already have the dividend of between one and two thousand dollars a year from oil money. And what I’m saying, what they’re doing for Alaska with oil money, we can do for the entire country with technology money."

Yang says big tech companies like Amazon, Google, and Facebook are racing to replace middle-class jobs with automation, funneling money and opportunity to the wealthy few. Meanwhile, those same companies use loopholes to avoid paying any taxes on billions of dollars in profits.

He says the Freedom Dividend is the best way to remedy that.

"The money would be going right into our hands to build a trickle-up economy from our people, families, communities," Yang said. "And right here in Iowa, we all know where the money would go -- it would go to car repairs you`ve been putting off and daycare expenses, little league signups and school loans and healthcare bills."

Despite months of campaigning in Iowa, he remains near the bottom of the polls. But his big idea is gaining traction with a small group of passionate supporters.