Amazon is eliminating its fee for grocery delivery in the United States as competition heats up in the rapidly expanding food delivery business. 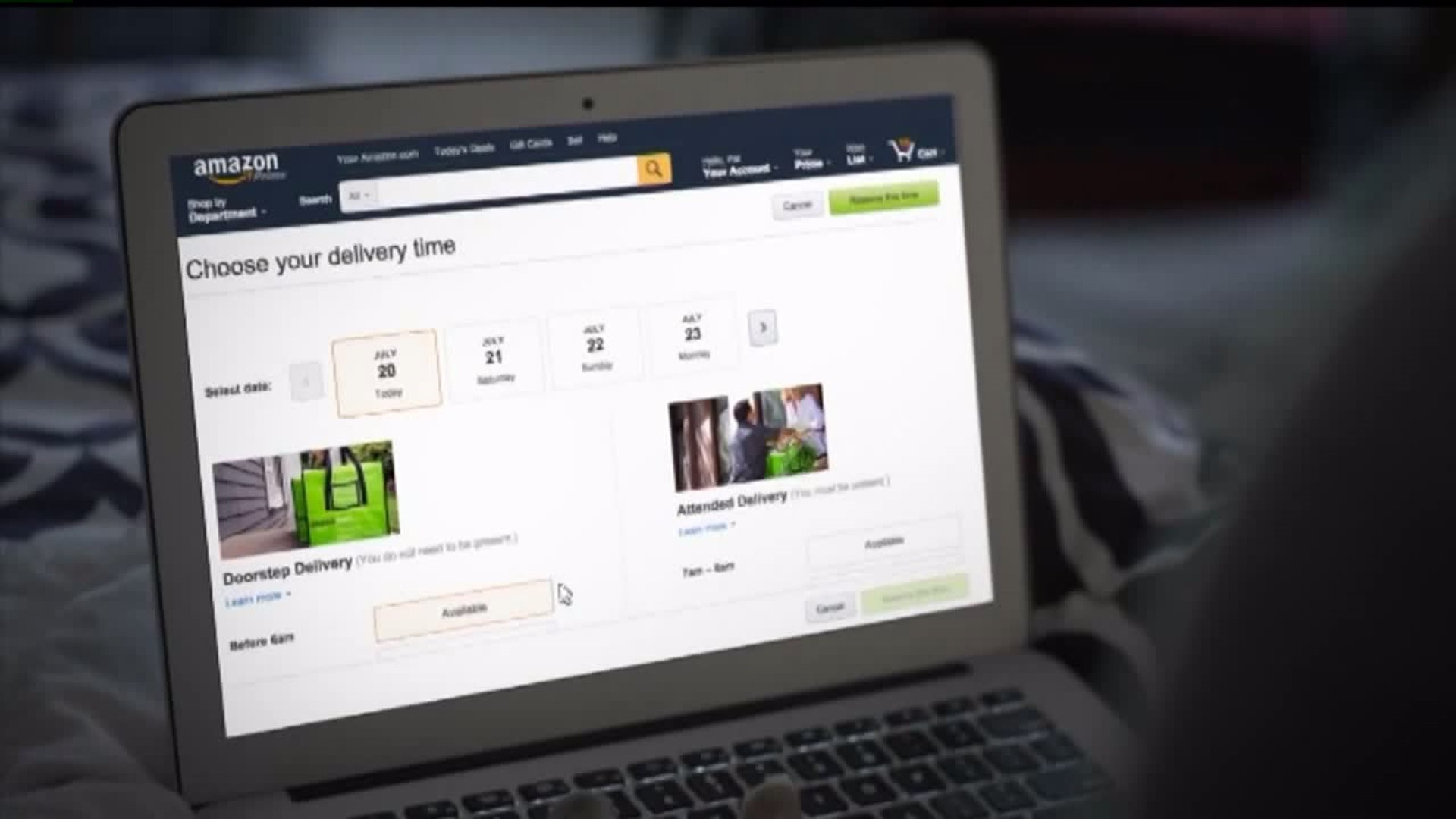 (CNN) -- Amazon is eliminating its fee for grocery delivery in the United States as competition heats up in the rapidly expanding food delivery business.

Starting Tuesday, grocery delivery from Amazon Fresh is free for Prime members who have previously used the grocery-delivery service.

Amazon is rolling out the new, free service in phases: Prime members who haven't yet ordered groceries can request an invitation. Amazon didn't say when it will start taking on new grocery-delivery customers.

The delivery minimum for the Amazon Fresh service is $50 in New York City and $35 in a majority of the other 2,000 regions the service is available in.

Slight changes are also coming to Whole Foods deliveries. Amazon announced Tuesday that customers will be able to buy Whole Foods groceries through Amazon.com and the Amazon app, in addition to the Prime Now app.

But new customers will have to wait for an invitation if they want groceries delivered from the chain through Amazon's website and app. New customers can order some items on Prime Now for a fee.

The company said in a press release that grocery delivery is one of its "fastest growing businesses." Amazon maintains several grocery shopping options, including Prime Now delivery, Whole Foods, and 20 Amazon Go stores. It is also developing a new chain of grocery stores.

But the $14.99 monthly charge — in addition to the $119 annual Prime membership — for its Amazon Fresh subscription service was a tough ask for some Prime members.

The changes will help secure Amazon's position in the area, which has many competitors including Instacart, Walmart, Kroger and FreshDirect.

Amazon's price reduction could put pressure on its largest rival: Walmart. The company charges $98 annual fee for grocery delivery. It's also investing in the sector, including a new feature that lets Walmart employees put groceries into customers' refrigerators while they're away from home. They also have more traditional drop-off services.

Kroger is also investing in the sector with a delivery service it launched last year.