"Time wise, it takes twice as long to harvest when the corn is down." 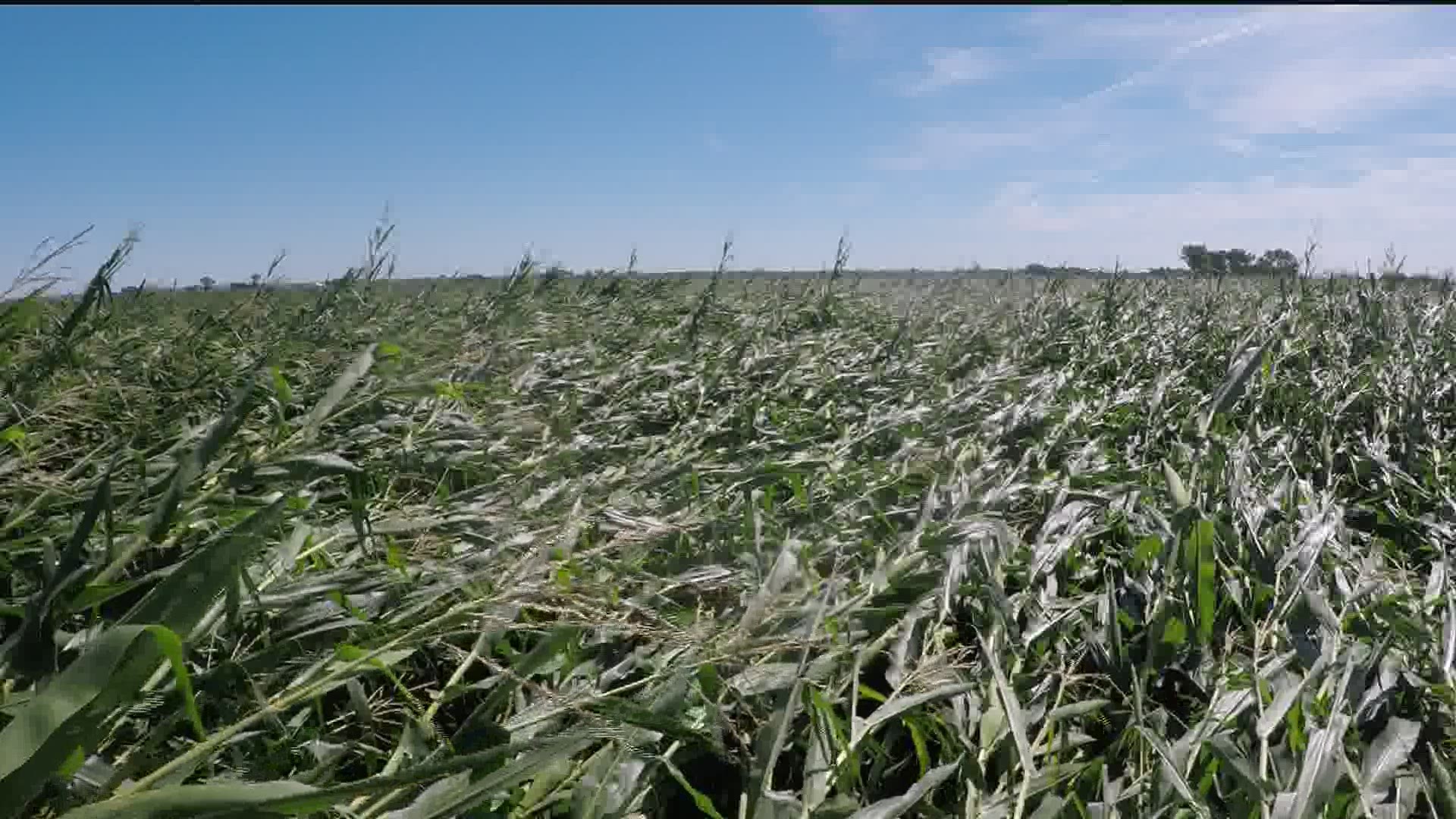 DEWITT, Iowa — Winds yesterday reached upwards of 80 miles per hour, completely flattening some corn. The Parks Farm says they could lose up to 25 percent of their yield.

For farmers, the storm yesterday knocked out large portions of crops.

Damage for Park Farms put a dent in what was supposed to be a great harvest year.

It wasn’t the first time the farm saw a big storm affect them though.

Park Farms owner Mike Hofer says it’s been several years of storms. “This is year number six in a row. Either hail or wind or too much rain.”

Hofer saying, it’s still a shock every time bad weather blows through the 1200 acres of the farm.

“For years we never had that happen but just lately it’s been always get a wind storm or hail.”

This storm caused damage that has the potential to double harvest time come September and October, with some corn completely flattened to the ground because of the wind.

“You get a lot of dirt going through the combine and it wears the equipment out faster. It’s just the quality of the grain is going to be less.”

Park Farms says they could lose up to 25 percent of their yield.

“I mean when it first hits, you’re worried about losing everything. There will still be a crop out there but there will definitely be significant loss.”

With some of the corn not completely flat, Hofer says the farm will be able to harvest what is left.

“That’s mother nature and you just have to deal with it.”

The farm, waiting until early fall to know all of the damage done.

Hofer saying, while they have had damage for the past few years, it hasn’t been this wide spread before across all their crop.