Knee-high by the 4th of July? Why local farmers are glad that's not true

On farms out in Mercer County, corn crops are already taller than most people, despite an extreme-weather-filled June. 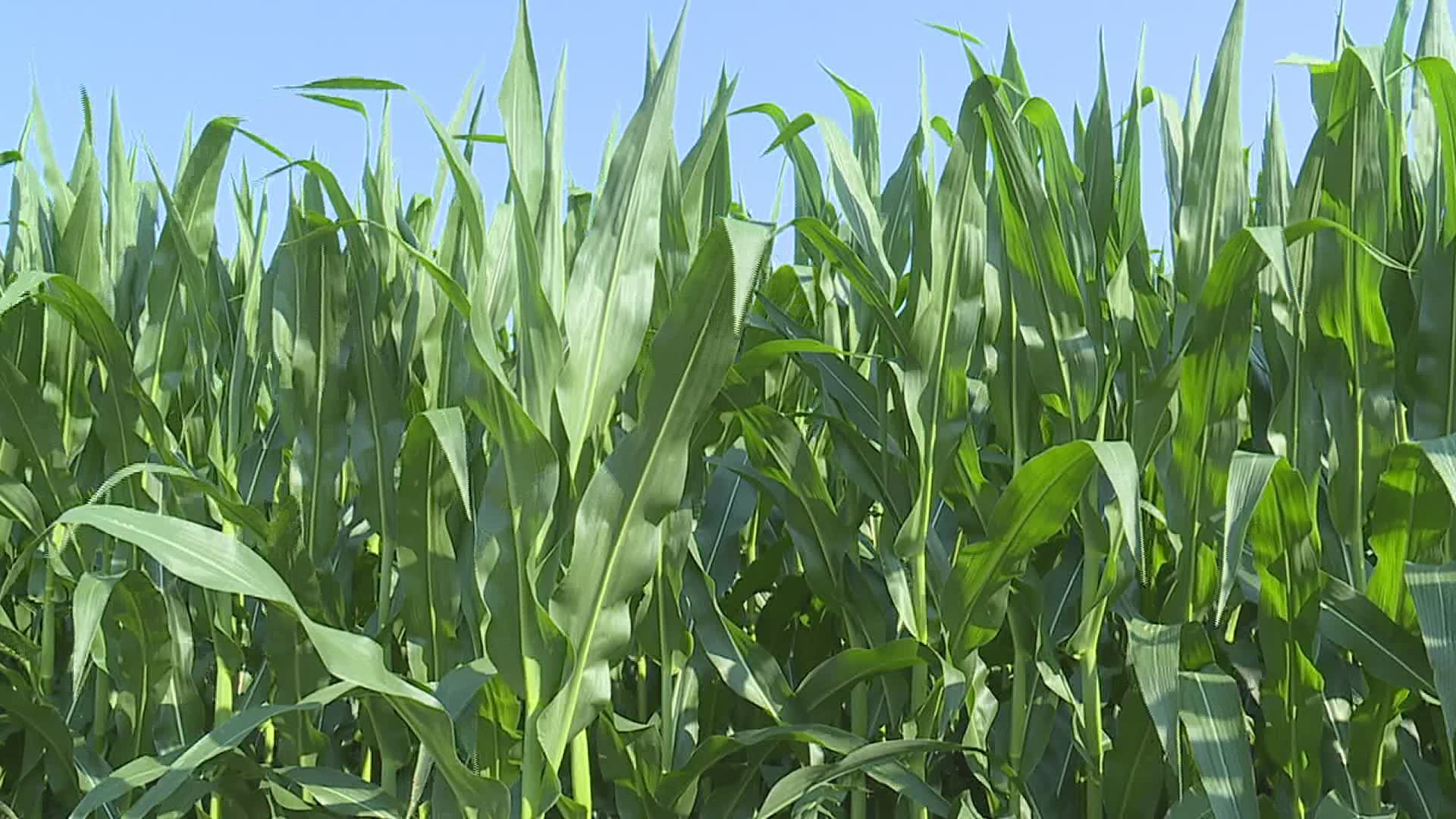 VIOLA, Ill. — Whether you grew up on a farm or not, you might have heard of the old phrase, "Knee-high by the 4th of July" in reference to corn. It implies corn should be at least up to a person's knee by the time America's Independence Day rolls around, but local farmers say they're way past that - something that's a relief after June's extreme weather, but also not a huge surprise.

"The knee-high by the 4th of July is definitely outdated," said Chad Bell. "Honestly, although it doesn't sound quite as catchy, knee-high by [about] June 10 or June 15 is more pertinent."

Bell owns a farm just outside of Viola, Illinois, with about 600 acres of corn. He says the 4th of July doesn't fit with the old saying anymore, but it's still a vital time for the plant's growth.

"We're getting close to tasseling and pollination right now. So right now is a very critical stage for our crop," said Bell.

This past June hasn't made it easy on his crops. Extreme heat and little moisture was followed by days of excessive rain. Still, he says the rainfall helped replenish the soil, and now is hoping for an inch of water each week from now until harvest at the end of September. In fact, even with the weather, Bell says his crops look good.

"We have a pretty good crop. We just need more rain to help keep things moving along... and avoid some wind. That'd be great."

RELATED: A sinkhole on Locust Street has stopped traffic and some water service

It's been a rough go for many local farmers, with each summer bringing a new weather phenomenon from hailstorms to derechos.

"Very rarely do we get the so-called perfect crop," said Bell.

He also notes that this year's corn crop won't be as tall as previous years. Late freezes in a cold and gloomy May stunted its growth. However, Bell says that won't impact the end yield.

Still, amidst all of the unpredictability that comes with farming, he says there should be at least one guaranteed win to come out of this year.

"We have higher crop prices this year than what we've seen the last four or five years. And so that helps all of us sleep a little bit better at night knowing that even if we do have a little bit shorter crop, we're going to receive higher prices for that."

The latest United States Department of Agriculture report shows Iowa has the most acres of corn planted, but it's still a decrease of four percent from last year. In Illinois, planting is second in the country, but down one percent from 2020.

You can also find the Peach Order Form on our website as well. Peach orders are due by July 19th. If you have any questions, please call the office!🍑🥧 https://mercercfb.org/It-s-Peach-Time-