The damage could greatly effect this year's harvest. 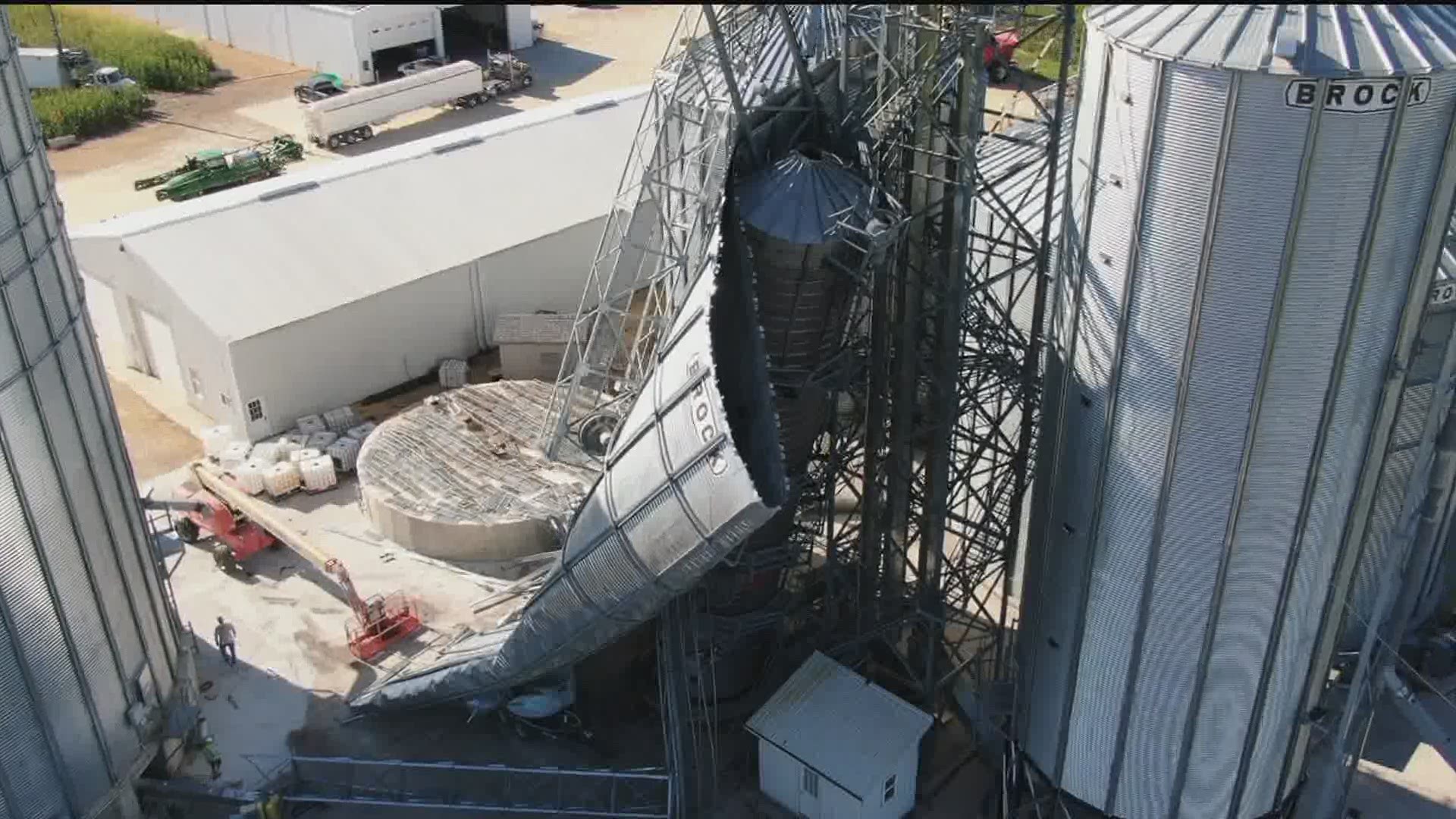 Upwards of 2 million dollars in damage, "We have three bins that have been totaled out."

Last week's Derecho, packing hurricane winds, ripped through the Campbell farm. "This bin here actually ripped a lot of the concrete out with it," says Dennis.

"So we're actually going to have remove all the concrete as well. That goes down five to six feet deep, so we are going to have bring excavators in and start all over again."

The grain dryer is an integral piece on the farm. "The most difficult piece to replace is the grain dryer. We're probably 45 days from harvest." Destroyed in the storm, "We dry two semi loads about every 60 mins."

After this year's harvest, instead of storing the grain, Dennis may have to sell it right away.

"We'll try and get something temporary to make it work for this harvest."

The corn too, took a beating, with plants shredded, stunting their growth.

Dennis says his grain bins were empty when the storm hit, "We're relatively thankful all we have to do is clean up the metal."

A disaster zone now, the sixth generation farmer is counting his blessings no one was injured. "We can take a step back and see that this can all be replaced."

Dennis expects four truckloads of metal will be hauled out on August 20th.