A future for biodiesel fuel is taking root in a Warren County field right now. That’s where pennycress shows potential as a green alternative. When most f... 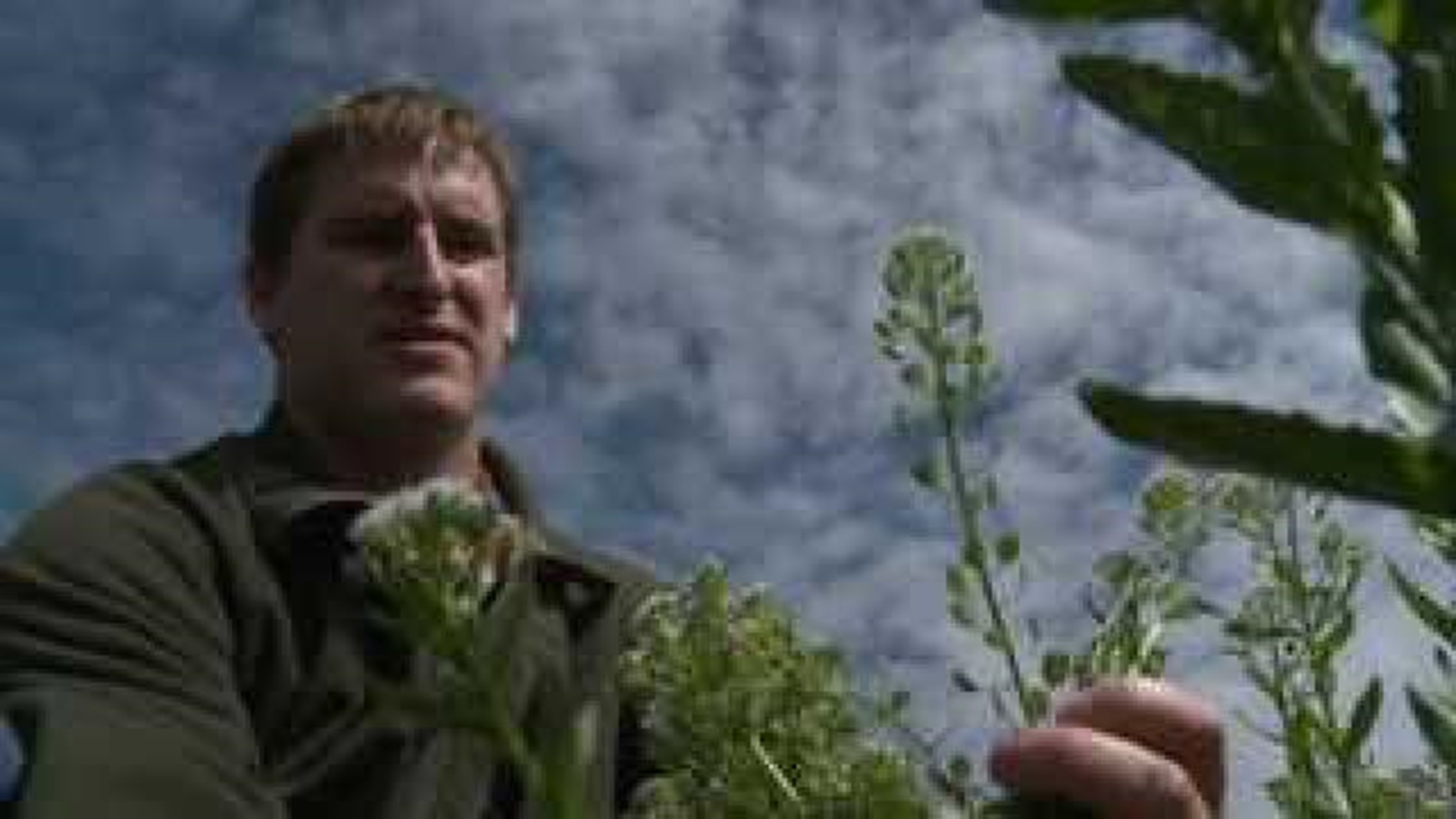 A future for biodiesel fuel is taking root in a Warren County field right now. That's where pennycress shows potential as a green alternative.

When most farmers are just ready to plant, Ray Gillen is already preparing to harvest.

"It's kind of neat to see something green," he said.

The Warren County farmer will harvest 150 acres of pennycress later this month. He's taking a common weed and turning it into a source for biodiesel and aviation fuel.

"It's going to be good for the whole Midwest," Gillen said. "It will add a new crop, new money to the economy."

Pennycress, which was seeded by airplane over standing corn last September, helps farmers like Gillen to get more from their land. With a fall planting and spring harvest, it allows growers to use the same land for a soybean crop.

"It's such an early season crop that it's going to be completely done before any other annual crop gets established for the spring," said Dr. Win Phippen, Western Illinois University.

"We're getting some nice green seeds," he said.

This testing phase could lead to bigger things down the road. Local investors see plenty of potential in the crop.

"This is very good for the cold climate, particularly Central Illinois, the whole of the corn belt," said Sudhir Seth, president and CEO of Pennycress Energy Company.

That vision includes creating a crushing facility at the former ADM plant in Galesburg. It would give farmers a regional resource for processing pennycress.

They hope to increase production from 650 to 5,000 acres this year. But like anything new, it's an uphill battle to convince farmers to participate.

"This can be a do-able thing," concluded Gillen. "They just have to get in their mind that it can be done."

For Ray Gillen, it will be an early harvest that full of hope for the future.