Deere & Company expects sales to drop during another challenging year. That’s creating more uncertainty for the future of some 1,500 Illinois and Iowa... 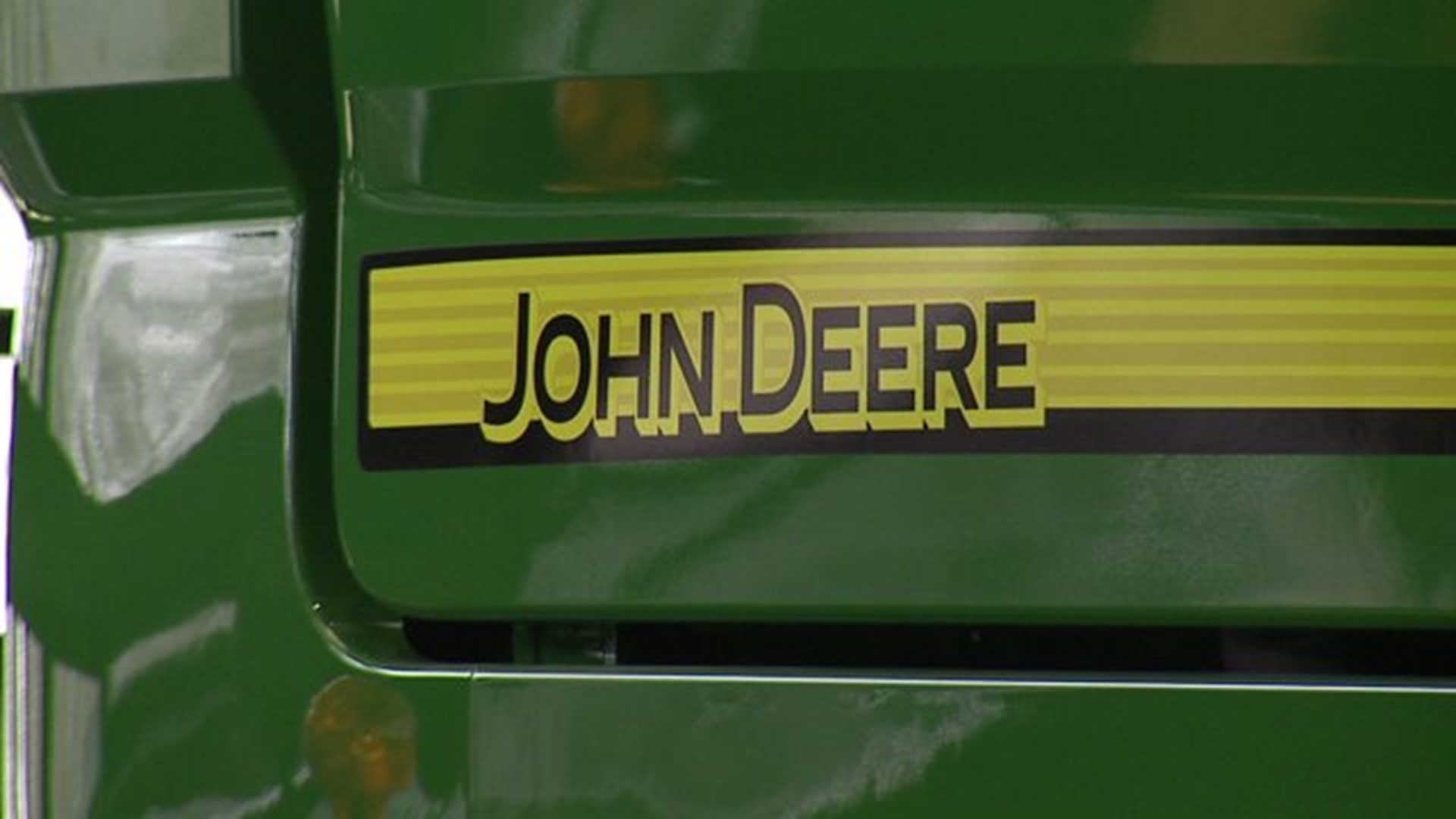 Deere & Company expects sales to drop during another challenging year.

That's creating more uncertainty for the future of some 1,500 Illinois and Iowa Deere employees on indefinite layoff.

During Wednesday's Annual Meeting, Deere's CEO Sam Allen told stockholders to expect 2016 sales to drop by 10%, or over $2 billion.

But with projected earnings of $1.3 billion, investors still expect to make money.

It represents the company's flexibility during a downturn in the agriculture economy.

"They've learned by experience, of course," said Gary Peterson, a stockholder from Quincy, Illinois.  "After you've experienced that a couple times, you can make the adjustments."

With sales of big ticket equipment likely cut in half from 2013 records, it becomes even more important.

"What the company is able to do can't control what's out in the environment," said retired Deere CEO Robert Lane.  "But it can respond well."

Deere is weathering this downturn better than past slumps by controlling costs and inventory.

But that also means layoffs.

That's particularly hard in Illinois and Iowa, where some 1,500 workers remain on indefinite layoff.

"The company is never always in an upward cycle," said retiree Jerry Miller, who experienced layoffs during his 42 years with the company in the Quad Cities.

"You're going to have down periods of time that you're maybe going to be unemployed, or you're going to make less money," he continued.  "That's just part of life."

The company beefed up staffing during its record years but must now drop back.

"We prefer not to have any," said Deere & Company Spokesman Ken Golden.  "But we still do have to adjust the size of the manufacturing workforce to the demand for products."

CEO Allen says the company will stay ahead by focusing on quality and innovation.

"The stockholders should feel confident in the direction that the company is headed," he said.

It's a direction that's trying to make the most of a rough farm economy.

"Investing for today's customer, future customers, training employees, building a global network, it's something to be very, very proud of," Lane concluded.