Farmers say pennycress oil could be a green source for biodiesel and aviation fuel. 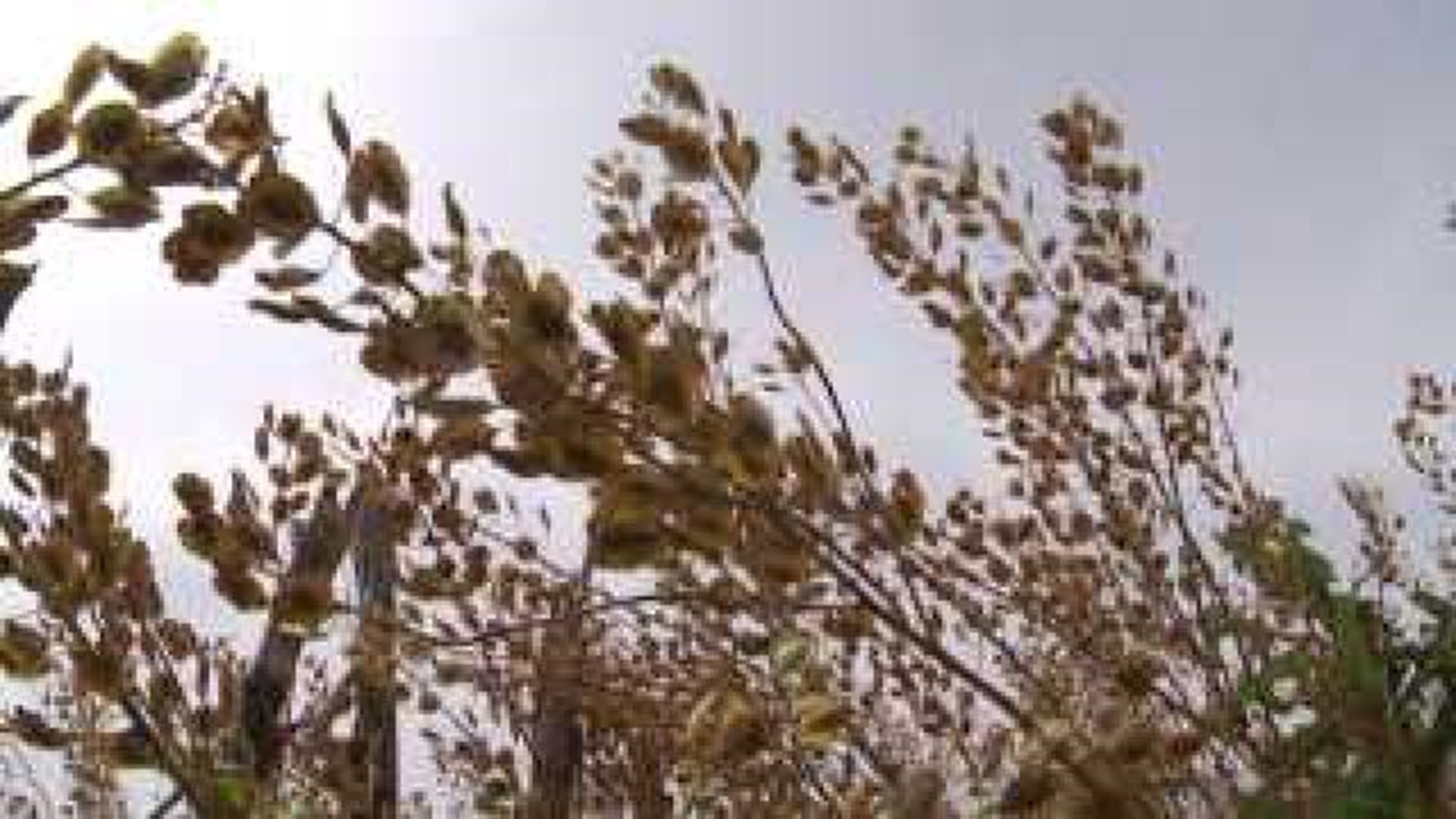 A June harvest doesn't seem very likely in Illinois. But the sight of a combine is turning heads in Warren County these days.

When most farmers just finished spring planting, Brown is harvesting a crop.

On Monday, his combine is cutting pennycress for Monmouth-area farmer Ray Gillen.

"The main difference is the size of the seed," said Brown.

Planted by air over standing corn last September, this is a new winter crop for Warren County.

"I'm excited about the potential of what's here," Brown said.

Farmers want to turn these weeds into seeds. That's why the combine is harvesting now. Pennycress oil could be a green source for biodiesel and aviation fuel.

Back in May, the field looked green and white.

Illinois researchers developed pennycress as an energy alternative. It's also something that helps farmers get the most from their land.

"It's such an early season crop," Dr. Phippen continued. "It's going to be completely done before any of the other annual crops get established for the spring."

Monday's harvest could be just the start for pennycress. Investors hope to increase production from 650 acres to 5,000 acres this year.

But that will be challenging. Supporters need to break the stigma over planting a weed. They also need to sell the concept on more farmers and investors.

"I believe in it," Gillen said.

And talk about a quick turnaround. Gillen is planting soybeans in the same field over the next 24 hours.

"This is a cover crop that also has yield and income potential," Brown concluded.

A June harvest that's for real by planting seeds with pennycress.