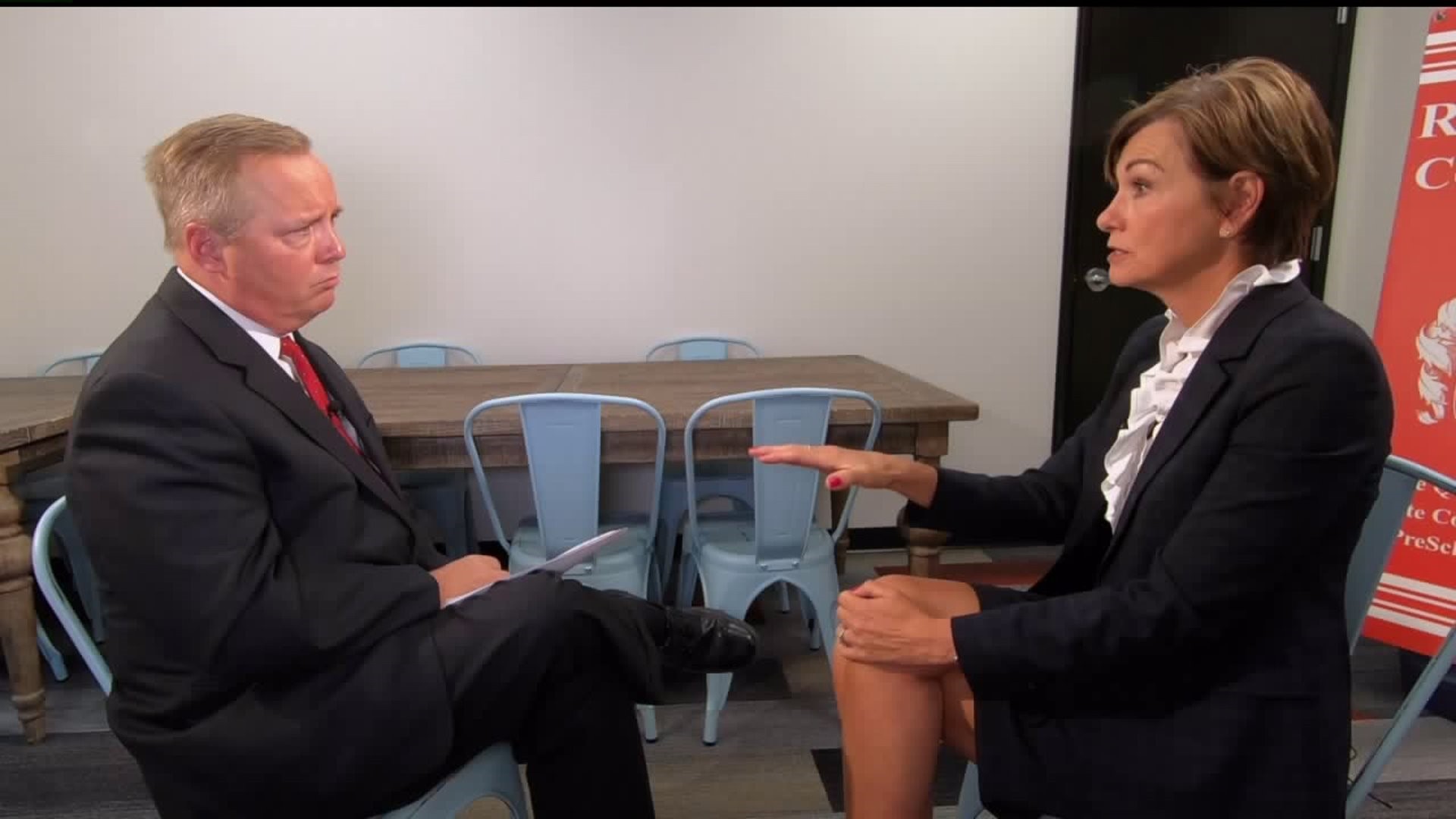 BETTENDORF, Iowa – Iowa's Republican governor says it's not too late to change the Trump Administration's treatment of renewable fuels.

Renewable fuels like ethanol have become a critical big business in the state.

"It's not too late," Gov. Kim Reynolds told News 8 about efforts to stop oil refineries from getting the waivers.

"Those were just issued."

Gov. Reynolds talks about wind energy, the Flood of 2019, and the Democrats touring the state ahead of the Caucuses in a THIS WEEK EXTRA you'll find on Jim Mertens' Facebook page.

She says the Administration is "not following through with what what we believe the President promised Iowa's farmers, families, and industry."

"When the renewable Fuels Standards says 15 million gallons they need to meet it," she told News 8.

Gov. Reynolds said she's talked with the President who argued the oil industry faced the closures of seven refineries if the waivers weren't granted.

And she said ethanol hardships could continue throughout Iowa

"We have several that are concerned about burning through cash reserves."