How do apples represent the amount of soil we can use?

We are starting a new segment on Good Morning Quad Cities called, ‘Ag in the Classroom,’ where we find ways teachers can tie agriculture into their ... 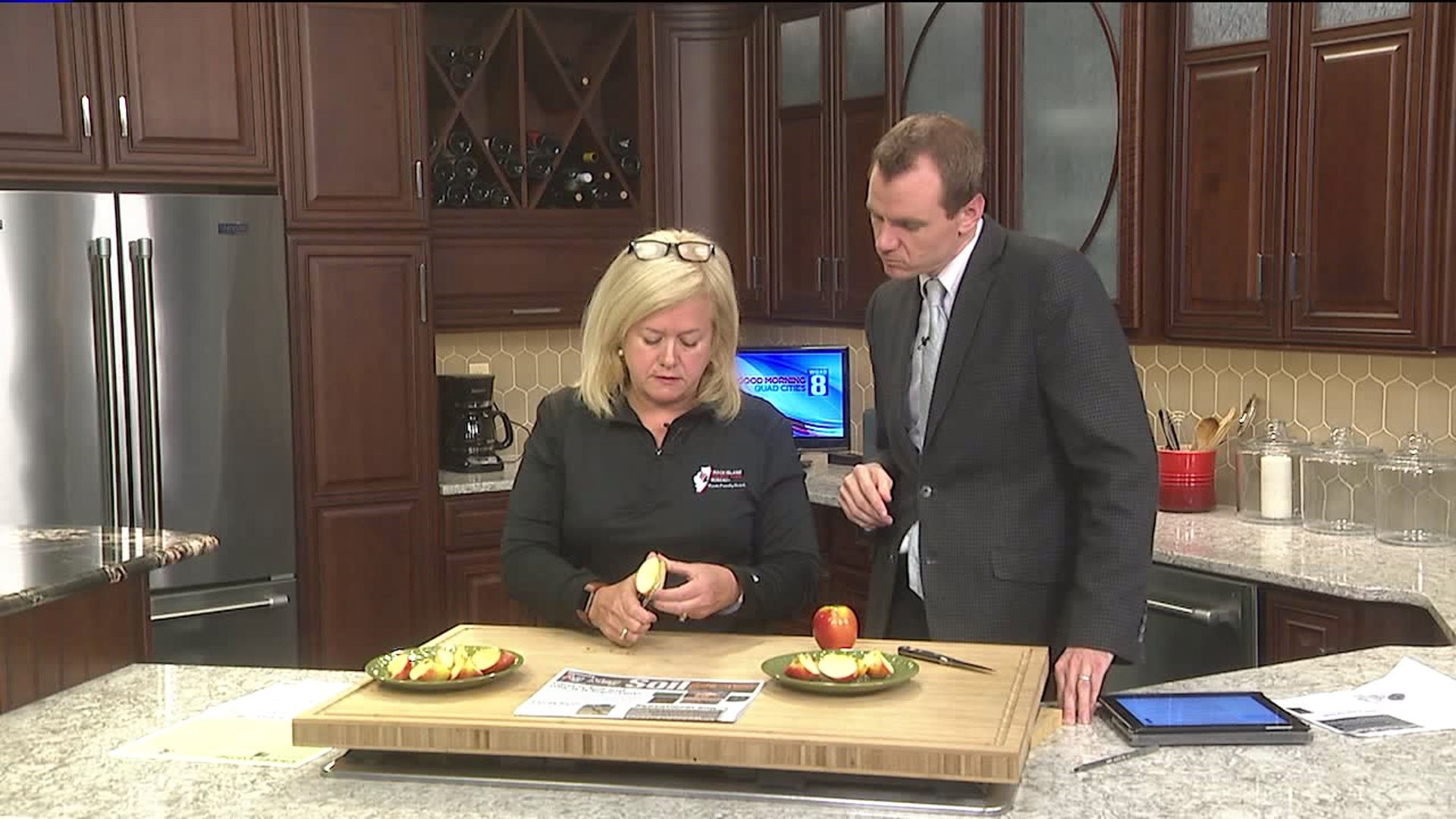 MOLINE- We are starting a new segment on Good Morning Quad Cities called, 'Ag in the Classroom,' where we find ways teachers can tie agriculture into their lessons.

Wednesday, May 16, DeAnne Bloomberg, Manager of the Rock Island County Farm Bureau, showed us how important the soil is to our earth, and all she needed was an apple and a knife. The lesson was called, 'A Slice of Soil.'

Here are the instructions:

3. Slice this 1/8 section crosswise into four equal parts. Three of these 1/32 sections represent the areas of the world that are too rocky, too wet, too hot, or where soils are too poor to grow food. Plus, we can’t grow food on some land because cities and other man-made structures are built on it.

4. Carefully peel the last 1/32 section. The peel on this small piece represents the amount of soil on which we have to grow food. This amount of soil will never get any bigger. With so little soil and so many people on the earth, how are we able to grow enough food to feed everybody?