As drought conditions continue their spread throughout the state, livestock farmers are starting to feel a real pinch.Entire pastures are dying off, and farmers... 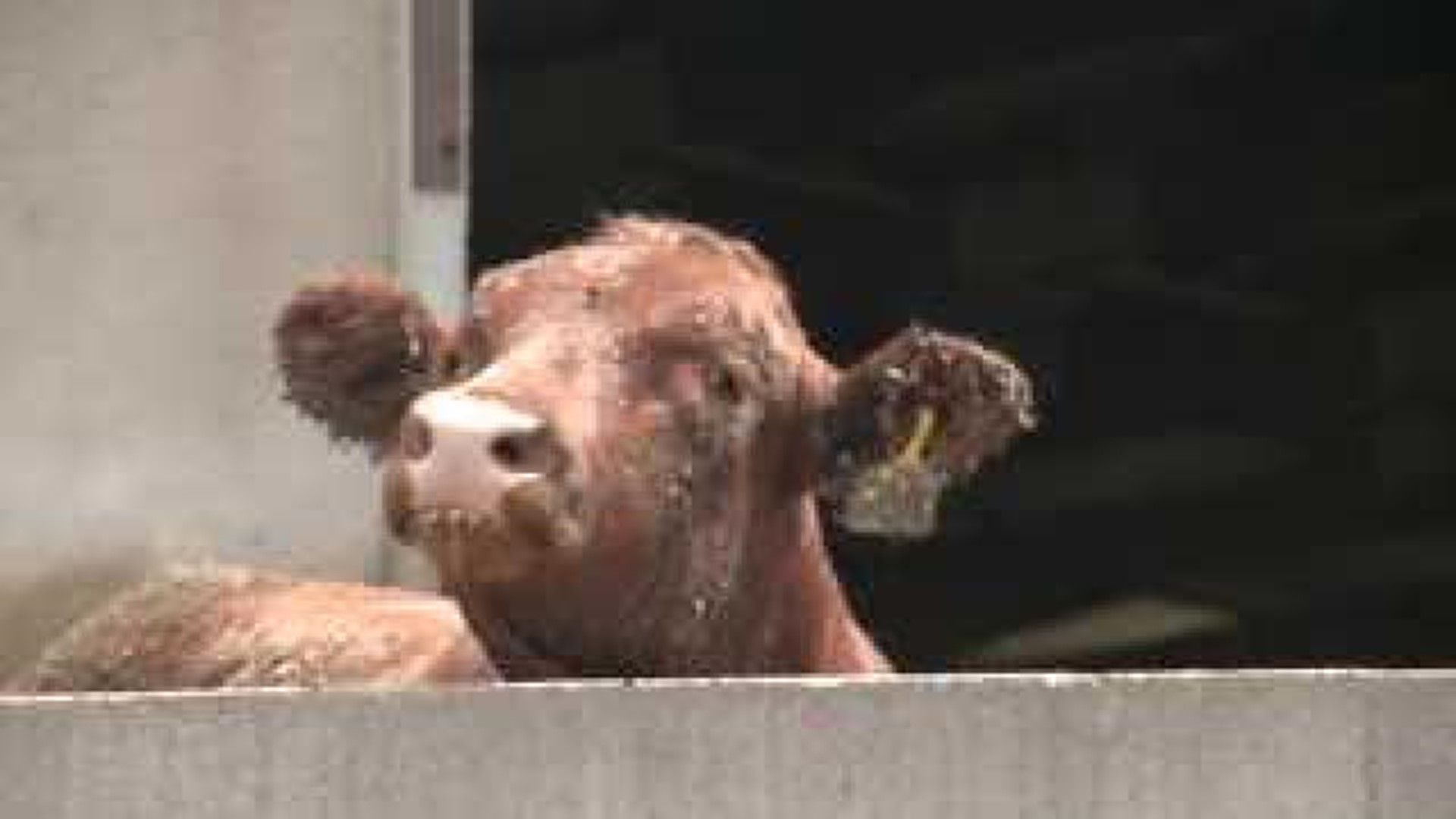 As drought conditions continue their spread throughout the state, livestock farmers are starting to feel a real pinch.
Entire pastures are dying off, and farmers are left searching for food for their animals.
"With feed costs, if you gotta start feeding, it really adds up," says Larry Johnson of the Iowa Cattlemen's Association.
"Livestock folks are under a lot of stress right now making sure they have feed for their animals, making sure they have access to water" says Iowa Ag Secretary Bill Northey.
With drought conditions burning up pastures cattle farmers are turning to hay and other winter feed stocks months ahead of schedule.
"We been feeding cows now for probably three weeks that we probably don't feed any hay until October or later" says Johnson.
Larry Johnson's herd is eating hay and grains they would normally be eating over winter because his 800 acres of pasture can't sustain these cattle without any rain.
There is a little help on the way though. The State of Iowa is now allowing livestock producers in 26 counties to start grazing their animals on conservation ground.
The problem is, very little of those areas are fenced, and the prairie grass that's there is far from ideal.
"I think the thing that'll help is guys can make it for hay. It's a lower quality, but it's feed" says Johnson.
Adding that he'll make due with what he has, because that's his only real option, though this wouldn't be so difficult if there was any chance of a good rain.
Next week all 99 counties in Iowa will begin allowing emergency grazing and haying.