He says his mother is his hero after she saved him. 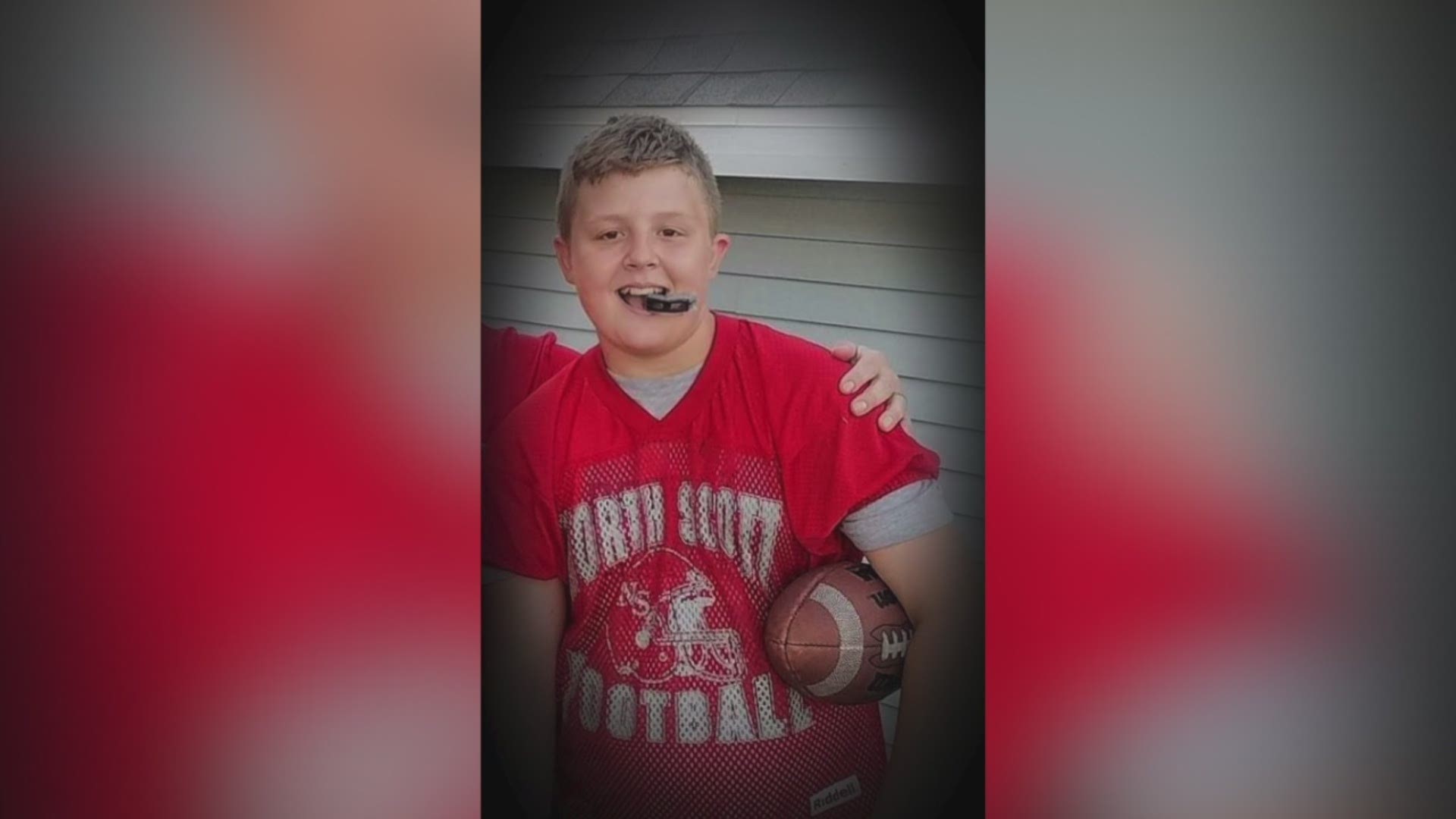 ELDRIDGE, Iowa — An Eldridge boy is lucky to be alive after severing his femoral artery in a quad bike accident. Thanks to his quick-thinking mom and a bikini top, he made it to the hospital in time. He says his biggest hero is his mom.

"I play a lot of football, usually on this road with my dad and friends," Peyton said.

On July 7, the unthinkable happened

"We decided to go for a quick dip in the pool with my mum," says Christina Brenner, Peyton's mom.

The Brenner family and friends are enjoying the weather at the family property in blue grass.

A seasoned rider, Peyton was on the quad bike, he says he was just messing around with a friend.

Peyton said all of sudden he ended up in a tree.

"Out of nowhere, I just heard, 'Mom, mom." Christina sprang into action.

"As soon as he lifted his hand, he was just drenched in blood and it was shooting out. Literally shooting out," says Christina.

A mother to four, and a nurse, she knew from the color and the rate he was loosing blood, Peyton was in a serious trouble. Her training told to remain calm to save her son. She took control, directing her friend to help.

"Just take my suit. Just take it off me." She used her bikini top as a tourniquet.

"I already had his knee propped up and had the swimsuit started and I kept telling her, keep flipping it over. Keep pulling it tighter."

Once the paramedics arrived, they relayed the hard truth to Christina. "Two minutes longer, without you, he would have been gone."

"I turned around and there was a Chaplin," said Christina.

Now at hospital, Peyton was rushed into surgery, three and half hours later...

"He grabbed my hand and he said, 'Everyone keeps talking about healthcare heroes but you really are my hero.'"

Christina says she is looking forward to seeing Peyton back on the football field soon.