Davenport woman shot in the face by a paintball speaks out

DAVENPORT, Iowa — A Davenport woman recovering from a severe eye injury after she was shot in the face by a paintball Friday night says she was told by he... 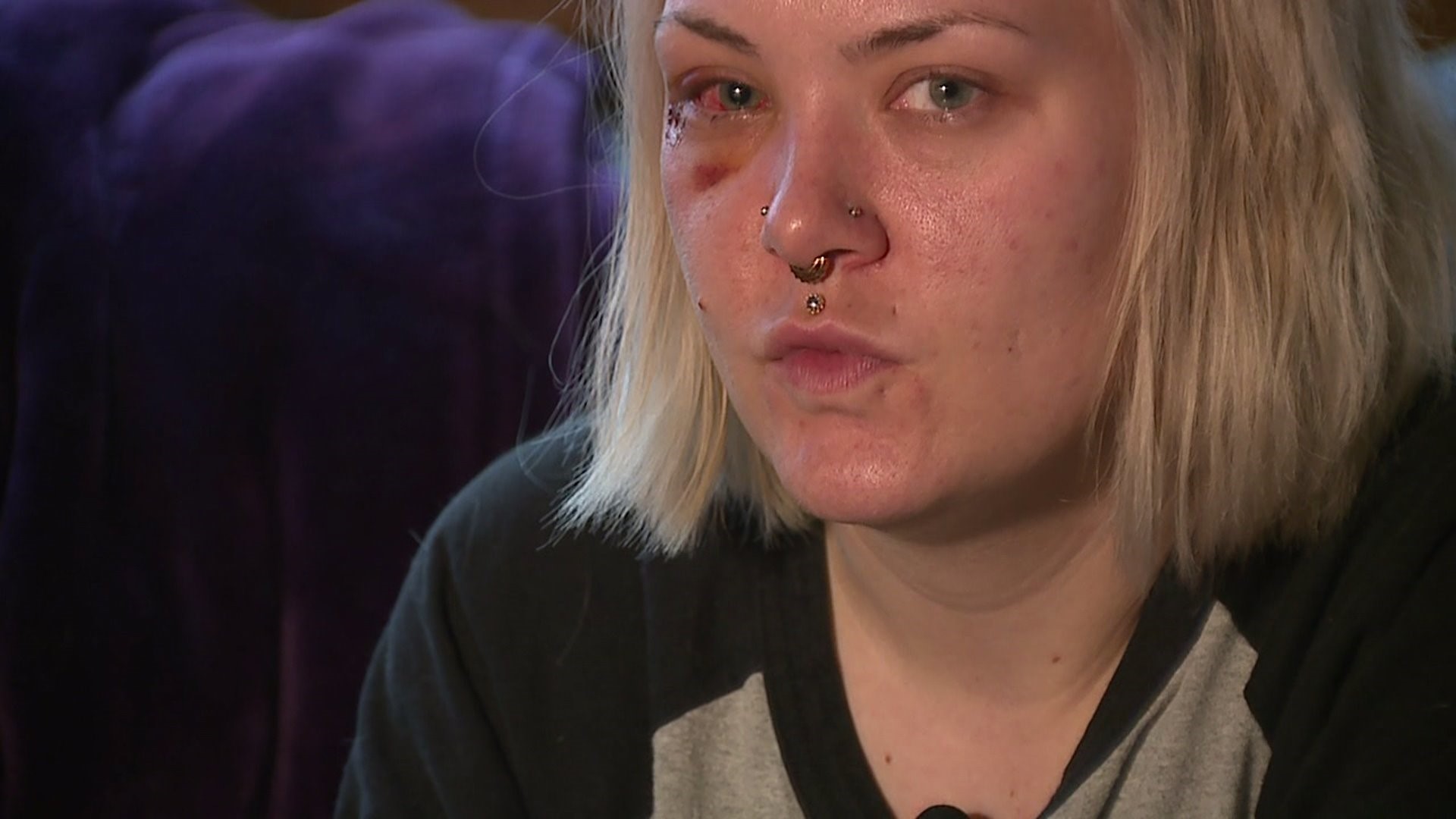 DAVENPORT, Iowa -- A Davenport woman recovering from a severe eye injury after she was shot in the face by a paintball Friday night says she was told by her doctor that she's lucky.

"A few centimeters inward, I probably would have lost my eye," said Shelby Reichard.

Police have been asking for information about a dark SUV driving around on Friday night firing paint balls at people in the Village of East Davenport, but Reichard says she is focusing on healing.

"I’m not blind in my right eye. I can see shapes. But I can’t read anything," she said.

Reichard and her boyfriend had been looking forward to a Friday night out, but she was struck by a paintball in the right eye as she was walking by the intersection of Middle Road and Jersey Ridge Road. The SUV had been spotted by witnesses outside Brew, where paint can still be seen splattered on the brick wall.

She said she dropped to the ground, her eye bloody and swollen shut.

"The pain was so severe, there was no way. I felt like I had shards of paintball in my eye or something. There was no way I was opening my eye," Reichard said.

She was rushed to the hospital in Davenport, then taken by ambulance to a specialist in Iowa City. A photo posted on social media shows how bad it looked that night.

"I think the photos and everything were more traumatic to my friends and family, especially my mother," Reichard said. "She’s having a hard time seeing her daughter on the news in that state. It’s been hard for her."

As for the men in that SUV, Reichard plans on speaking with a Davenport detective soon to offer any bringing them to justice.

But if she had the chance to speak to them personally, Reichard said she would ask what made them think it was a good idea in the first place.

"Maybe they didn’t think that the consequences of their actions would be so severe," she said.

For now, the support and messages of love from family and friends keep her going as she undertakes the long healing process.

"It means so much to me. And it’s keeping me positive through the whole situation," she said.

Helping her move forward toward a future that's still anything but clear.