A 97-year-old World War II veteran was specially recognized for his service in the military. 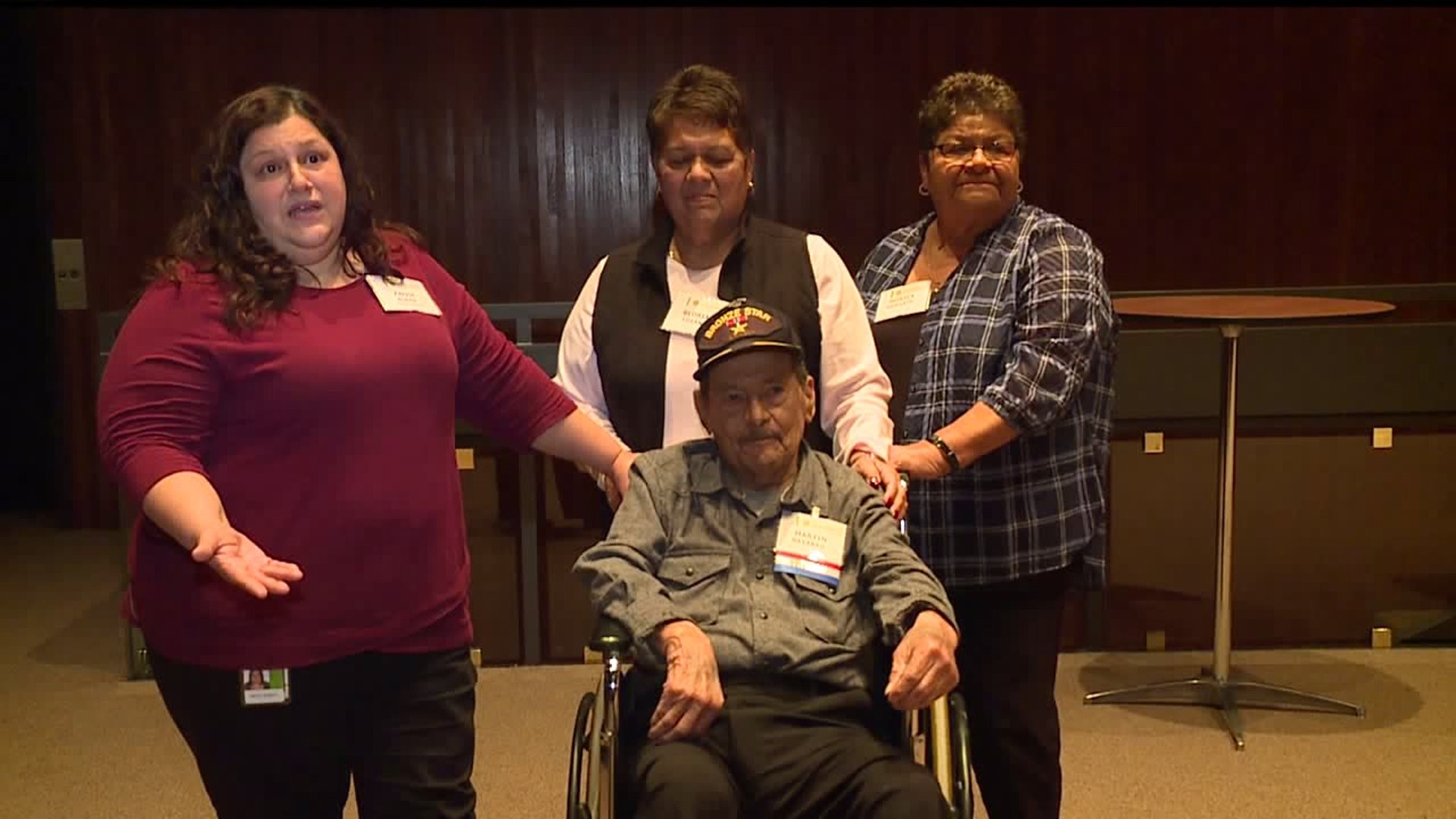 MOLINE, Illinois -- A 97-year-old World War II veteran was specially recognized for his service in the military.

Martin Navarro was on the beaches of Normandy on D-Day; on Monday, November 11, Navarro got a standing ovation at the ceremony held at the John Deere Headquarters.

"He'll tell you, on their way, he had his last rites given to him twice before he even got out of the ship," said a family member of Navarro's.  "They told him he wasn't going to make it back, so to have him here is a blessing."

Navarro was honored alongside other veterans at the ceremony, which included a 21-gun salute.  This was the fifth year for John Deere's Veterans Day ceremony.