Cliff Dodd fell down his basement steps a month ago and hasn't been at work. Students and staff missed him, but were happy to see him visit. 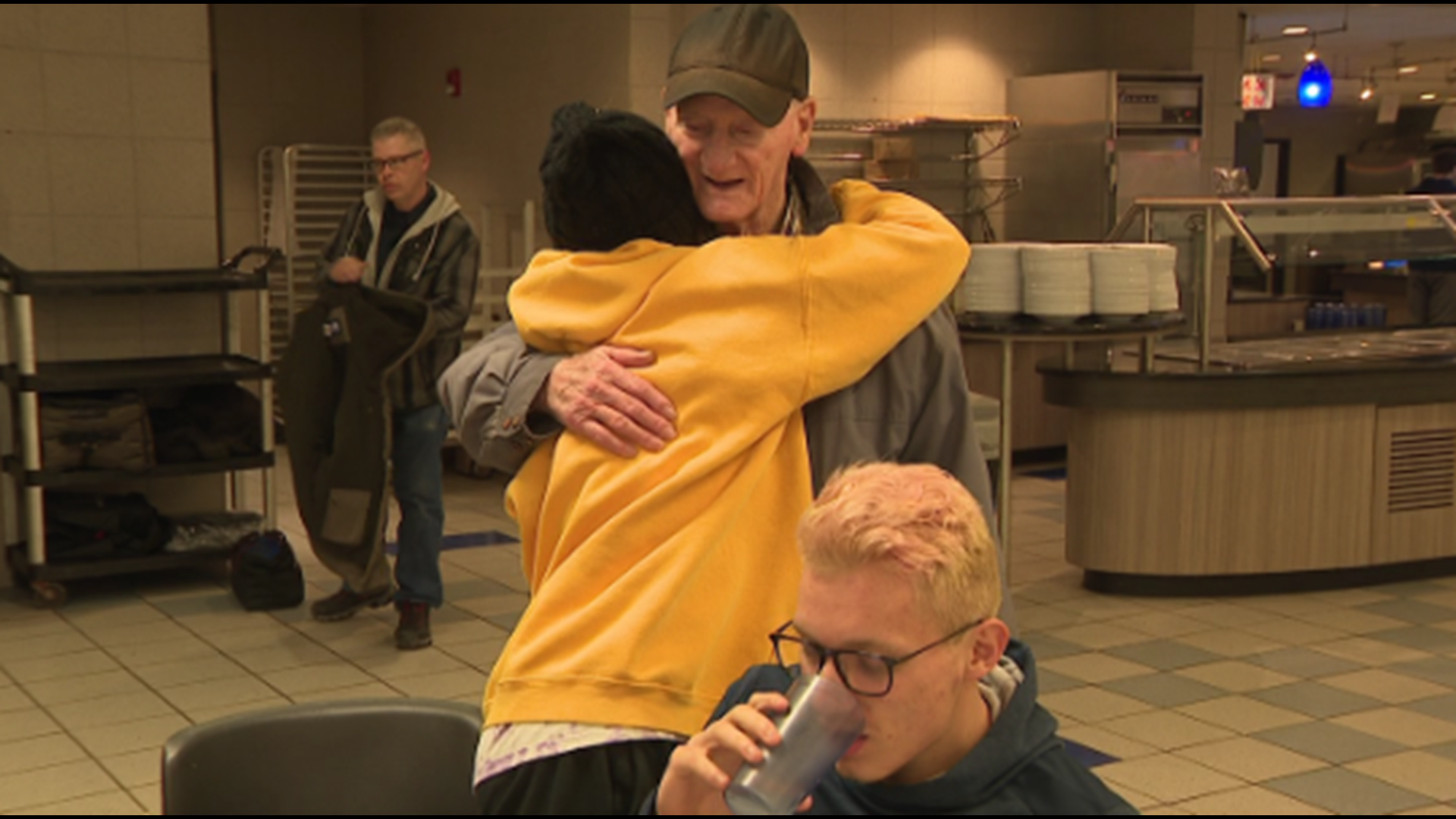 DAVENPORT, Iowa — DAVENPORT, Iowa – A beloved Saint Ambrose University worker is recovering after a rough fall, but on Tuesday he got the chance to visit students and staff.

Cliff Dodd is 83 years old and the mascot of the Cosgrove Hall cafeteria.  It’s a job he started six years ago when he was looking for something to keep him busy. He is usually at the cafeteria six days a week cleaning tables and refilling napkin dispensers.

On Tuesday, although he wanted to work, he decided to see friends and co-workers who all expressed excitement and embraced him in a hug after not seeing him since January.

A month ago, Cliff was on his way down his basement stairs to do laundry, when he missed a step and went tumbling down.  His daughter found him on the ground and called 9-1-1.  He was sent to the University of Iowa hospital where he recovered from a cracked open head.

“I didn’t know what to think with his age and something like that,” says Michelle Hitchcock, a coworker of Cliff’s.

“Yeah, I could’ve been in Glory by now,” comments Cliff.

“He just holds this place together honestly,” says Sydney Branson, an SAU student.

Although, Cliff is happy to be back, he is counting down the days until he can work. He says he is waiting on the doctor to officially release him until he can officially clock in.