5-year-old Illinois boy asked for bedding on birthday, donated to kids in need

While most kids would ask for the hottest toys for their birthday, a five-year-old from Libertyville, Illinois, asked for something unexpected… 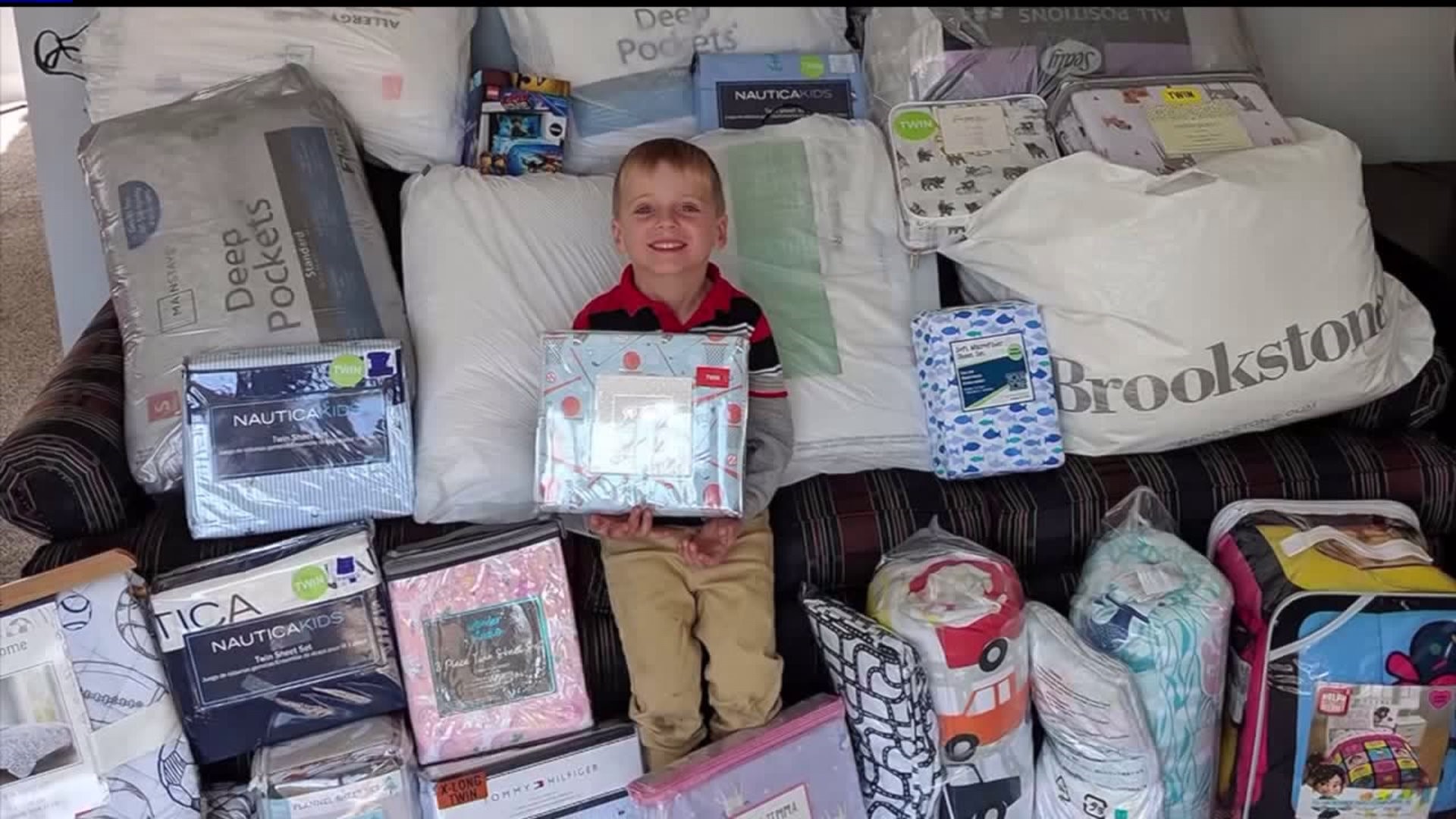 (CNN) -- While most kids would ask for the hottest toys for their birthday, five-year-old Tyler Sliz from Libertyville, Illinois, asked for something unexpected -- bedding... yes, like blankets, pillows and sheets.

In a video to guests of his birthday party, which took place last October, Tyler asked for bedding so he could donate it to Sleep in Heavenly Peace, an organization that builds, assembles and delivers beds to children in need.

"He told all of the guests that if they brought anything else, he wouldn't play with it," Tyler's mom, Jackie, told CNN.

Family and friends arrived with bags of blankets, pillows and sheets in hand. Two guests gave Tyler money, but even that he used to buy more bedding, Jackie said.

The Sliz family initially learned of Sleep in Heavenly Peace through their church St. Joseph Catholic Church. Tyler wanted to help build beds, but his young age didn't allow that.

"[Building beds] was something Tyler was wanting to do because he really likes carpentry work and working on projects with his dad," Jackie said. "But to build the beds, you have to be 12 years old."

So instead, Tyler turned to donating bedding and what started out as a small birthday request has grown. Tyler's cause even caught the attention of Illinois Rep. Mary Edly-Allen, who gave Tyler a check, according to his dad, Brad. Tyler, of course, used the check buy more bedding. Since his birthday, Tyler has helped donate 125 pieces of bedding to Sleep in Heavenly Peace and more donations and checks keep coming in, Brad said.

Tyler has even made his cause into a family-wide project. In October, four generations of the Sliz family participated in a build day.

"Jackie and I got to sand down a bunch of raw lumber. Tyler helped assemble the bolt bags with his grandparents and his great-grandmother. That was fun," Brad said.

"[Tyler] is just a ray of joy," said Dan Harris, co-president of Sleep in Heavenly Peace Libertyville chapter. "Everybody in the chapter loves hearing about Tyler and seeing him drop off the bedding."

Sleep in Heavenly Peace has 183 chapters in 44 states and three countries, according to its website. But the Libertyville chapter focuses on providing beds to children 3 to 17 years old in the Lake, McHenry and Cook counties in the Chicago metro area.

"The one place kids go for refuge is their bed," Harris said. "Parents have to sometimes choose between having food on their table or heating their homes or a having a bed. So we make it easier for children to have a bed and we give the child something of their own."

Tyler has already surpassed his initial goal of 100 pieces of bedding, but he said he's not stopping there.

His next goal? To fill "my whole houseful" with bedding to donate, Tyler said excitedly.