3 people and a dog dead after plane crashes in Illinois

Three people and a dog are dead after a small airplane crashed in Illinois. 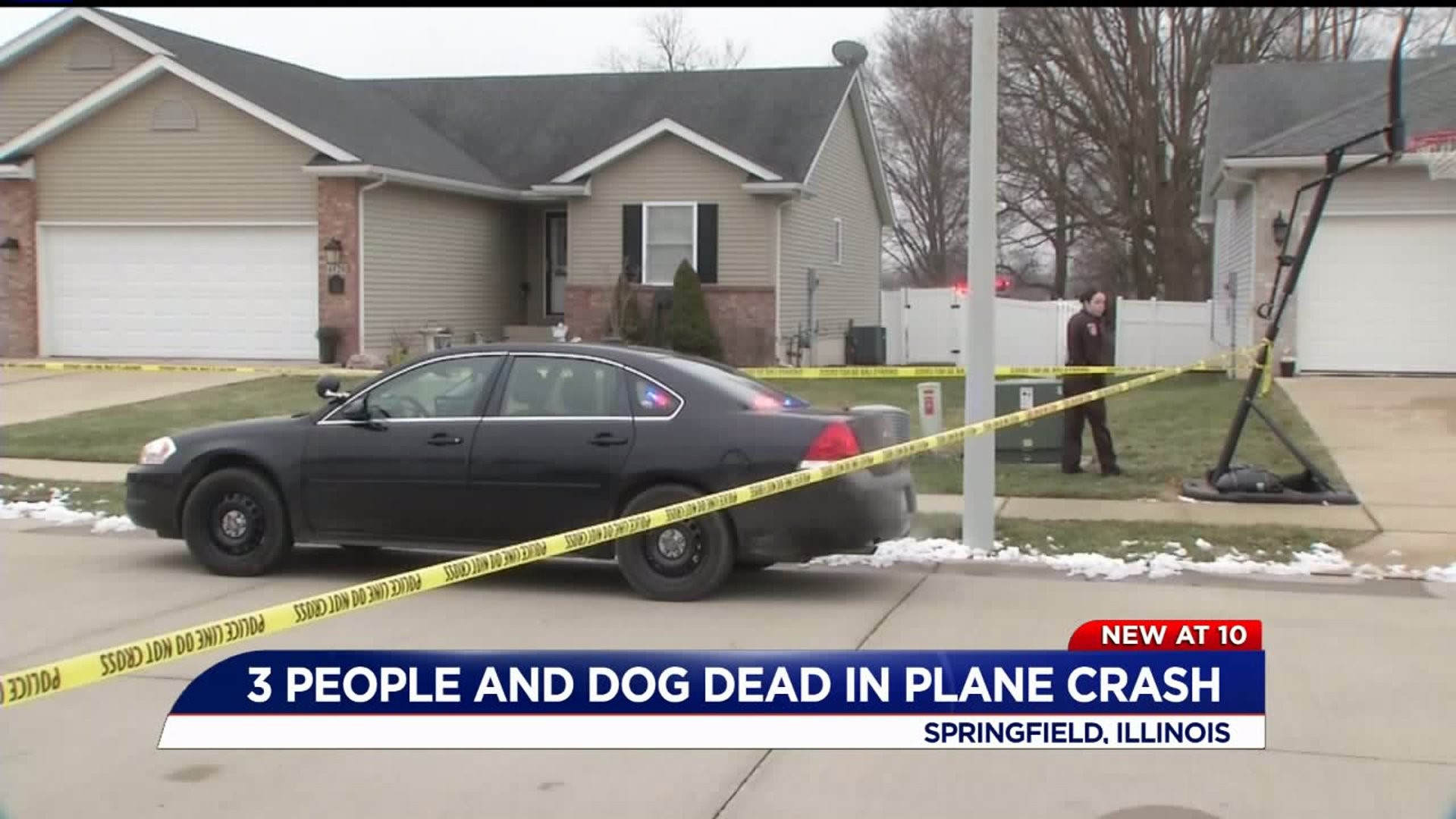 Original story:  SPRINGFIELD, Illinois-- Three people and a dog are dead after a small airplane crashed in Illinois.

The twin-engine plane was trying to land at a Springfield airport when it went down.

The airport's traffic control tower says the pilot indicated the aircraft was having instrument trouble and difficulty with the weather.

Two of the victims have been identified. They include Sangamon County Coroner Cinda Edwards and her husband, former Springfield Alderman Frank Edwards.