Police say multiple people opened fire in the busiest part of downtown Seattle during the Wednesday evening commute, killing one person and wounding seven other... 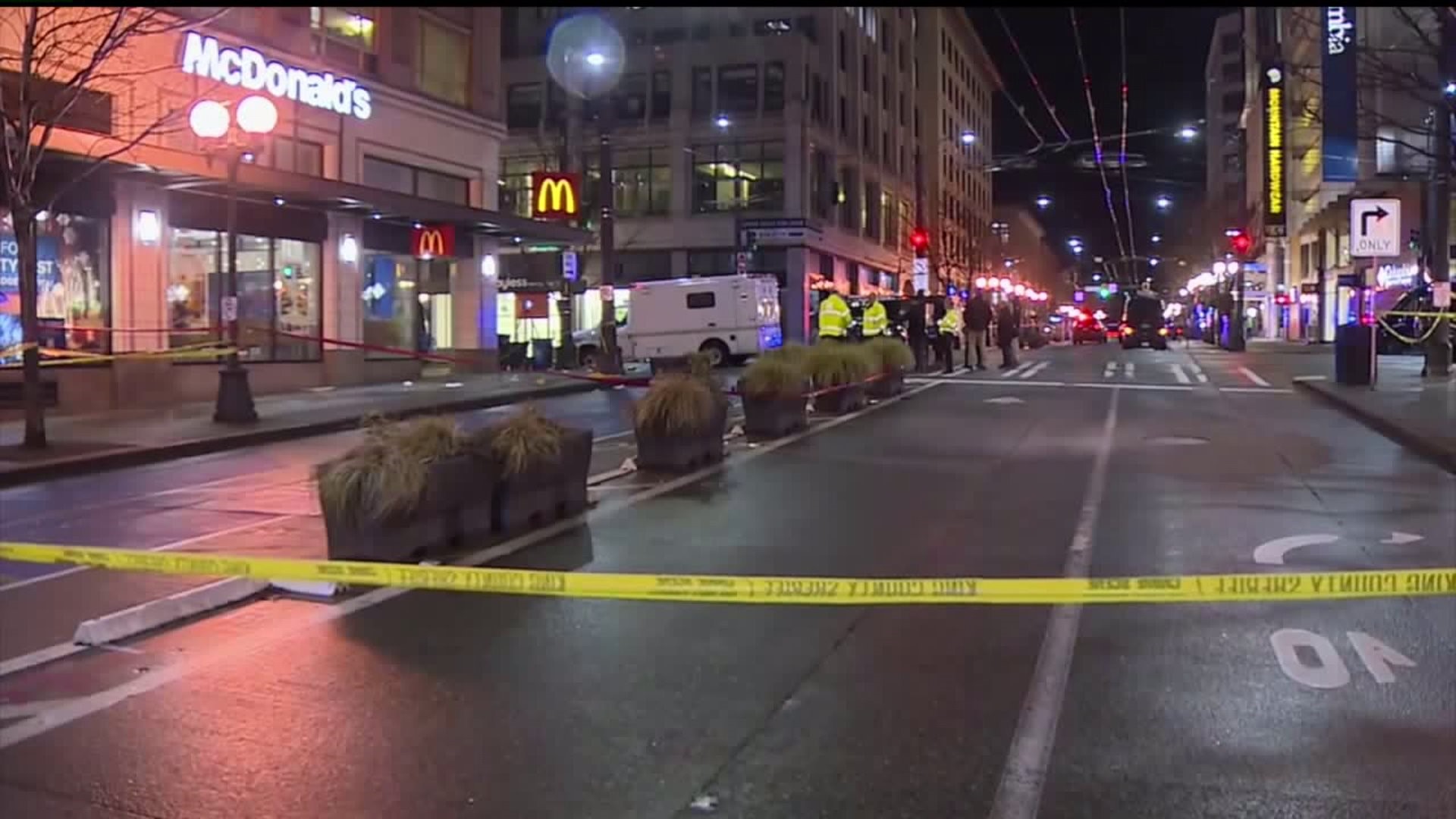 Police say multiple people opened fire in the busiest part of downtown Seattle during the Wednesday evening commute, killing one person and wounding seven others.

Fire officials and a hospital spokeswoman said one person was found dead. A total of seven people were being treated at Seattle's Harborview Medical Center for gunshot wounds, including a 9-year-old boy and a 55-year-old woman.

Police say the incident was not random. Police Chief Carmen Best says based on video from the scene, multiple shooters were involved and that shots rang out after a dispute outside of a McDonald's.

This is the third shooting in the city's downtown area since Tuesday, but police say there is no evidence linking them.

"I'm sick of this, you know," Seattle resident Angela Marie said. "To have this going on in my neighborhood, this sickens me, we got to get along. I mean seriously, people can't walk in the neighborhood."

No arrests have been made.

Washington Gov. Jay Inslee said in a statement, "We grieve for the one individual confirmed dead in the shooting and wish a full and speedy recovery to those who were injured."

I am sick for those impacted by the gun violence in Seattle tonight.