Arkansas Governor Asa Hutchinson decided on Friday to opt out of federal supplemental unemployment assistance for the state, which is set to end in June. 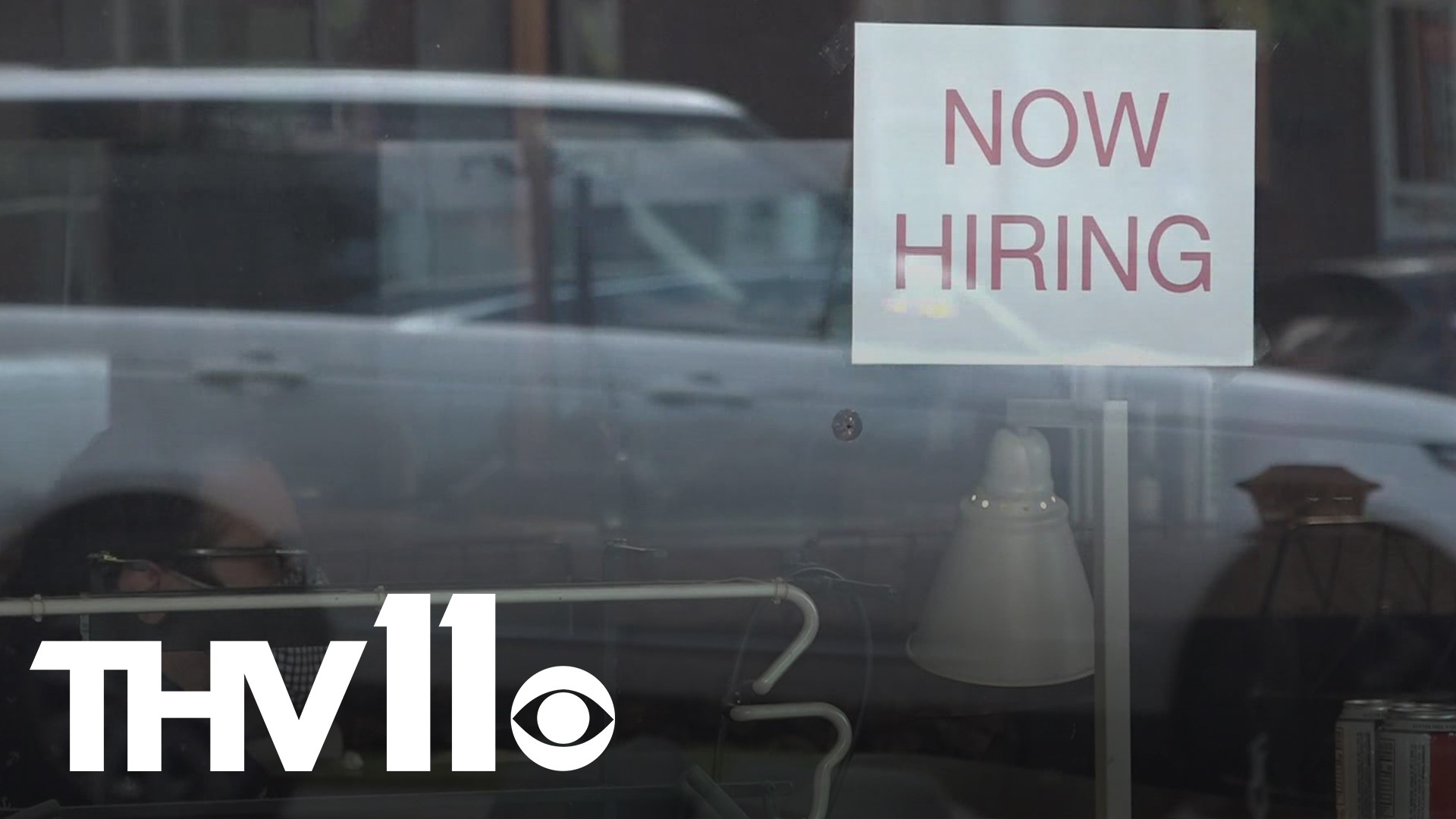 Under the direction of the governor, the Division of Workforce Services decided that Arkansas will end its participation in the federal supplemental unemployment program on June 26.

“The programs were implemented to assist the unemployed during the pandemic when businesses were laying off employees and jobs were scarce,” Governor Hutchinson said.

With many companies recovering from the financial hardships of the pandemic numerous businesses are noticing that employees are sparse.

One of those is The Pizzeria in the Heights. Co-owner Dillon Garcia said he had to cut his staff in half during the height of pandemic and now he's struggling to find people to work.

"We've even had to close Sundays because we can't find people to work the weekend," said Garcia. "It is hard to convince somebody who is making ends meet even if only barely to start working full time and only make a few hundred dollars more a month."

“As we emerge from COVID-19, retail and service companies, restaurants, and industry are attempting to return to prepandemic unemployment levels," Hutchinson said.

"Employees are as scarce today as jobs were a year ago," he continued.

Some Arkansans do not agree. Brittany Russell worked in a restaurant in Gould until the pandemic shut it down. She hasn't been able to find work since.

"For [Governor Hutchinson] to say there are several jobs out there, yes, in big cities there are," said Russell. "But in small cities where you have to drive an hour to an hour and a half... and this unemployment is like a dip of what I was making."

Arkansas's decision to opt out of the federal pandemic unemployment assistance program isn't unusual, as Montana and South Carolina have both made the decision as well.

"The $300 federal supplement helped thousands of Arkansans make it through this tough time, so it served a good purpose," Hutchinson said.

"Now we need Arkansans back on the job so that we can get our economy back to full speed."