#UpWithHer: This communications pro offers up some life lessons learned to bring a brand to the next level

Feleceia Benton calls a company’s core values a filter by which you make decisions – you’ve gotta think beyond your logo and be intentional with the message. 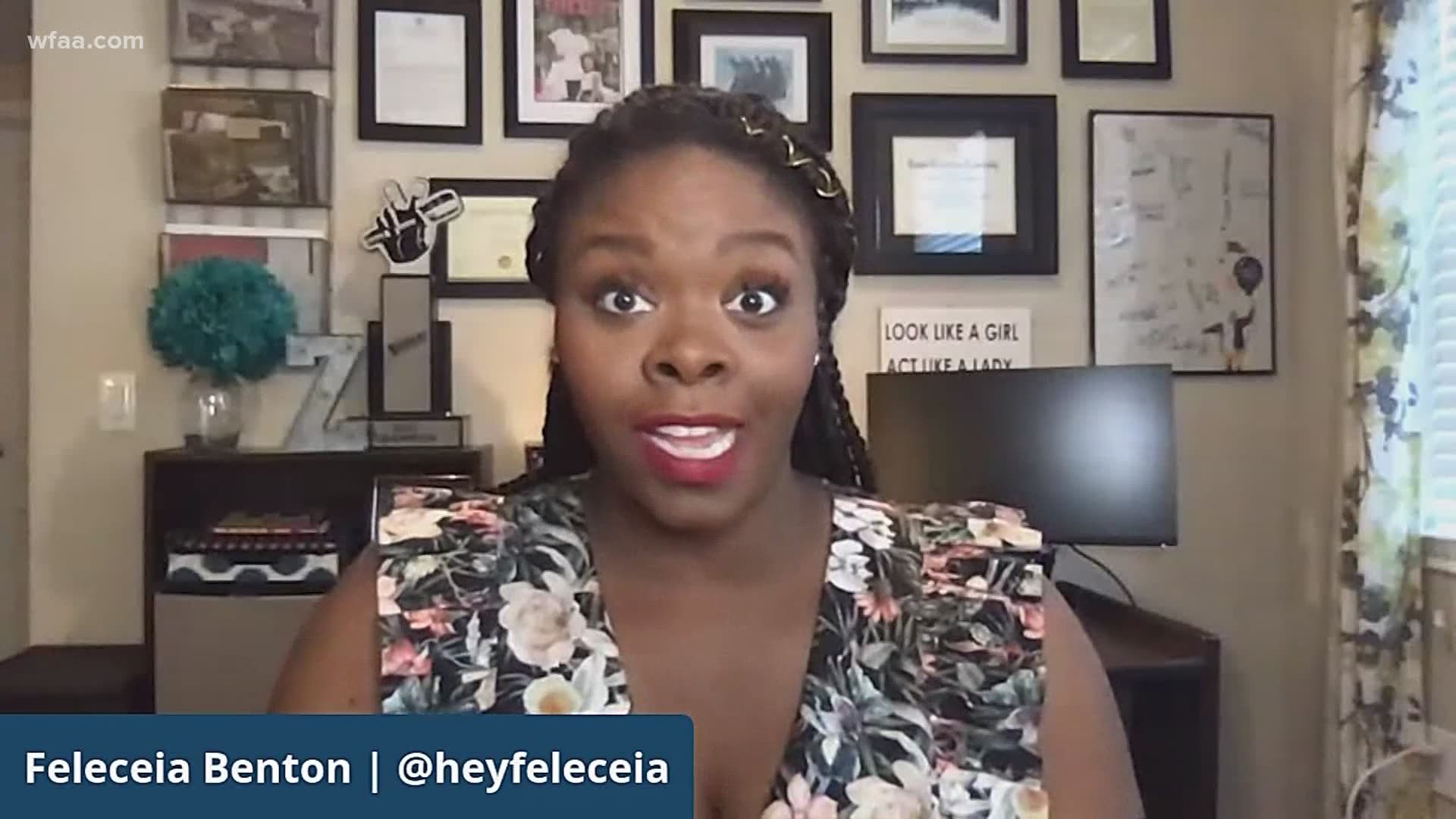 As a mother to a special need’s child, Benton has navigated many delicate situations and she shared her branding wisdom for the latest edition of #UpWithHer.

As founder and CEO of Zoe Communications Agency, Benton actually took her website down for more than a year while she and her team worked to figure out their story and make sure their messaging was exact.

"The more we did the work, the more the story kind of unfolded in front of us," she said.

And the biggest part of Benton’s story is her daughter.

"She is as vibrant and life-giving as one might expect her to be," Benton said.

Quirky and joyful, Zoe also has down syndrome.

"I have had to learn how she communicates and how to communicate well with her," Benton explained. "We've had to learn a lot about how she learns. So, that's motivated us in the way we teach people about marketing, branding and communication."

It’s made her an expert listener, which in turn allows her to get the root of any organization, and thus their core values.

"That messaging is going to be different for every single organization really based on your audience and based on your specific values," says Benton.

Benton calls a company’s core values a filter by which you make decisions – you’ve gotta think beyond your logo.

"Until you really get a handle on the deep stuff, that really dives into who you are and what you are about, it's really going to be difficult for you to effectively communicate that to your target audiences," she explained.

Benton believes it also makes it easier to respond to social issues from a place of sincerity when a brand already has those core values in place.

"If it feels fabricated, people are going to know it. They're going to know it!" she said. "Zoe knows good and well if I'm trying to bribe her with a candy bar. But she also knows when I'm speaking to her from a place of sincerity. So, if my 10-year-old with down syndrome can feel it, you can bet your bottom dollar that your customer can feel it too."

But candor doesn’t come without risk.

"We try to help them to think all the way to the end. Let's play this scenario out all the way," she said.

Script it, run it by a few people. Then think about how you’re going to engage with the message once you release it.

"I would just feel more comfortable with you not saying anything than to say something and it be the wrong thing and you have to go back and clean that thing up. Cleaning up is much harder than being very mindful the first time," Benton explained.