Both Meli's Pancake House and Miss Mamie's Seafood & Steaks closed their indoor dining back in November. Now, they can't wait to welcome customers back. 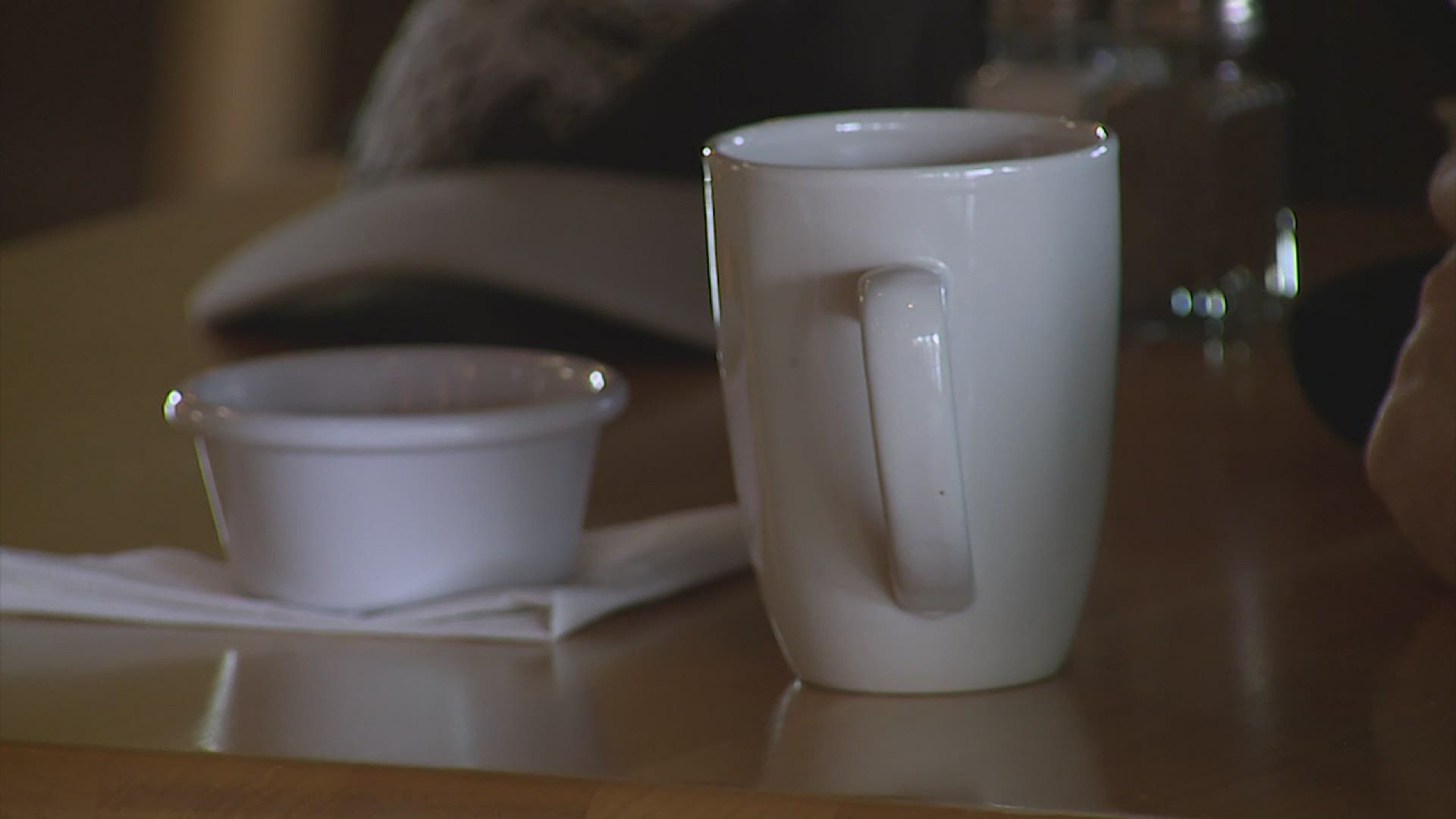 For local restaurants, that means they can open indoor services up to 25% capacity, or 25 people - whichever is fewer. Parties must be four people or less, and it's recommended that they come from the same household.

Before this order, all restaurants in Illinois had been ordered not to allow any service indoors since Nov. 20.

At Meli's Pancake House in downtown Moline, the lowered restrictions are the first time they've had customers in their dining room - ever.

"We opened Dec. 3. I signed my contract and I think two days later we had to shut down," said Meliza Figueroa, owner of Meli's. The restaurant officially opened for business after Illinois enacted a state-wide ban on indoor service. Which meant their first two months of existence were only powered by carry out orders and deliveries.

Figueroa commented that the following weeks were more difficult than she had anticipated.

"I did open during a pandemic, I didn't think it was gonna be that hard honestly. But once the bills started to hit in, on top of rent, it was getting kinda like scary there for a minute. So now that we're open for dine-in I have that relief off of my shoulders," she said.

Inside, the smell of skillets, frying eggs, and pancakes filled the space as several groups dined indoors for the restaurant's grand 're-opening.'

It was all made possible after Figueroa says she got home from work on Sunday, Jan. 17, and saw the latest mitigations news from the governor.

"I was just like jumping, I was so excited, I was so happy like, I don't know, it was just this good feeling that being a first-time business owner like myself, I was very excited. I wanted it to be Monday already," she laughed.

To Figueroa, it was vital to follow the mitigation guidelines set out by the state, even if it meant business stress on her end, in order to keep her staff and the community as safe as possible. She says her own family has been touched by Covid-19 and several members have even passed away.

"We take it a little hard on the regulations and just sanitizing everything because it is scary," she said. "Once it hits home, then that's when it turns it to a whole different level."

Across town, at Miss Mamie's Seafood & Steaks, owner Mike Osborn is also transitioning into the indoor dining, as his restaurant had closed all such activities when the order came out on Nov. 20. In fact, Osborn and his businesses have been following all of the guidelines, and their changing regulations, since the pandemic began in March.

RELATED: YOUR MONEY with Mark: The economic pain from the end of 2020

It hasn't been easy, by any means, he said, but it was necessary.

"We're serious about public health. We take our responsibility in that regard very seriously," said Osborn.

Each time he's had to close indoor eating, he's tried to adapt Miss Mamie's as best he could. That included building a drive-through window dubbed 'Miss Mamie's Express,' and creating their own delivery service. They also installed a grab-and-go cooler where customers could grab sandwiches and prepared meals to bring home and pop in the microwave. They even installed a tent for outdoor dining, but had to abandon that when the weather turned too cold.

"We've tried to do whatever we can to stay vibrant in this economy and this situation," said Osborn. "And we've kept our head above water."

Now, he says he can't wait to finally bring customers back, to see the newly renovated dining area. And in the meantime, he says they'll continue with all of the other options that have been available to customers, such as curbside carry out.

But even with all the stress of closing down, reopening, and then closing again, Osborn says it's worth it.

"Everybody's health is important and we provide a product that people put in their bodies, so we have to be very serious about those things," he remarked.

Both restaurants agreed that they hoped never to close their dining rooms again, but they did say that if cases rise once again, and it's mandated by the state, they'll do it again, in order to keep their customers safe.