Under Phase 3, restaurants like Theo's Java Club couldn't have indoor seating. Theo's says they want to help get the state in the right direction. 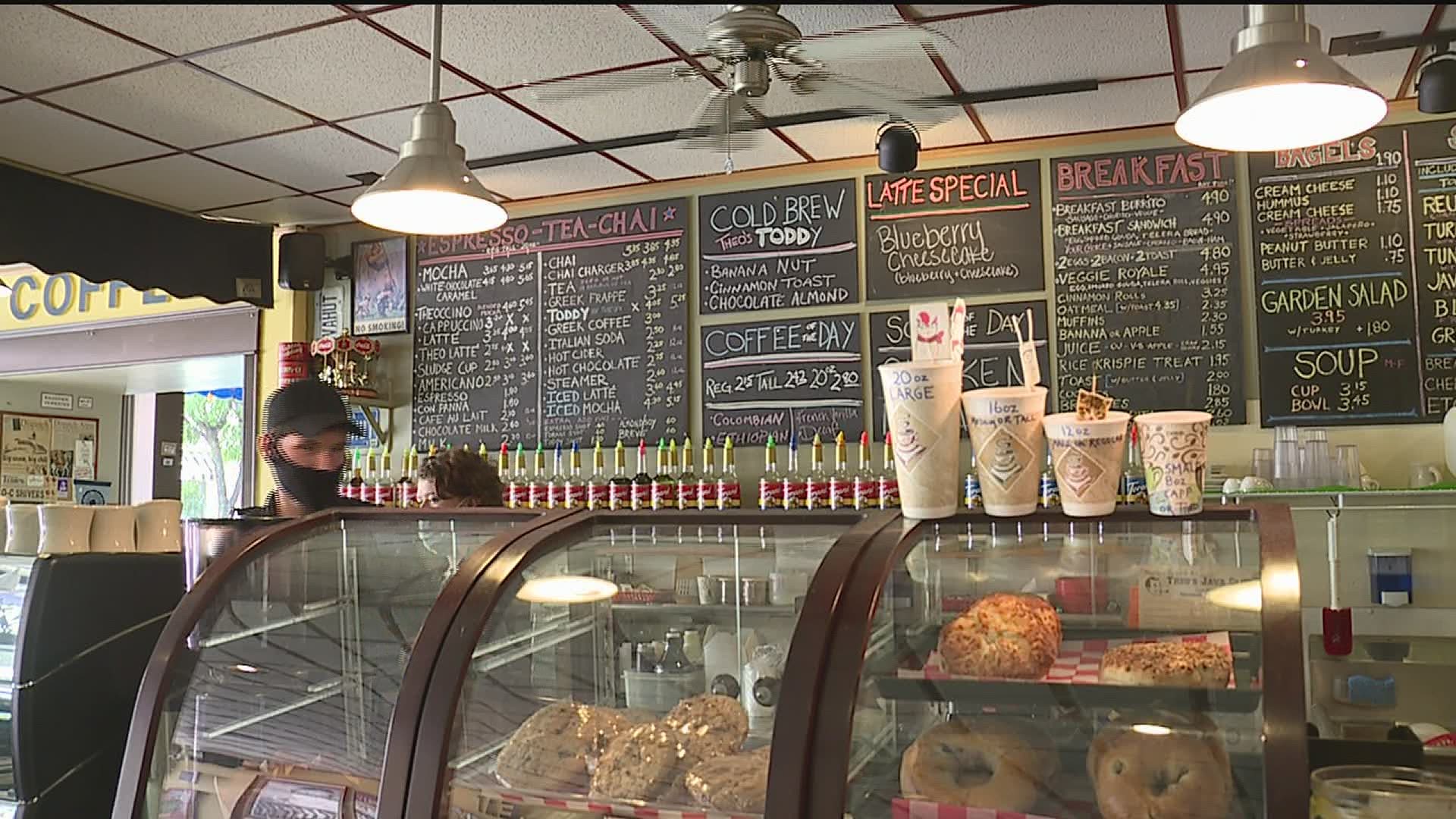 ROCK ISLAND, Ill. — Business owners in Rock Island are worried about having to return to Phase 3 of Governor JB Pritzker's reopening plan. But one coffee shop says they're willing to do what it takes to get the state moving forward again.

The governor warned in recent weeks Rock Island County wasn't moving quick enough with lowering COVID-19 cases. Reverting to Phase 3 would mean some types of businesses would have to close altogether, while restaurants couldn't have indoor seating again.

Theo's Java Club says if they have to go back, they'll likely have to close down again.

"Everybody would love to be back to normal," barista David Rotz says, "but that doesn't seem as attainable right now. So we gotta do what we gotta do."

When they went through the first wave of coronavirus shutdowns, Theo's was closed for four months this spring. Rotz says they tried curbside pick-up but it never took off.

"I like to think the food and the coffee are pretty good," Rotz says. "A lot of people respond to our staff and our space."

RELATED: Quad cities region on the verge of going back to phase three

"Very disheartening for a small business owner to no be able to be in business," the regular says. "It's just the atmosphere. It's Theo. You walk in, and you know half the people every time you come in.

Rotz says he hopes a second closer would go more smoothly than the first.

"It's something we've been through now," he says. "So the idea of going back to it I feel a bit more hopeful. Maybe we can have a better strategy to keep in touch with people."

For now, Theo's is continuing to serve up good coffee and good conversation with good people.

There's no word from the governor's office on when the Quad Cities region could have to return to Phase 3.