The cafe's owner, Theo Grevas, says he hopes someone will buy the business and expand on its strengths. 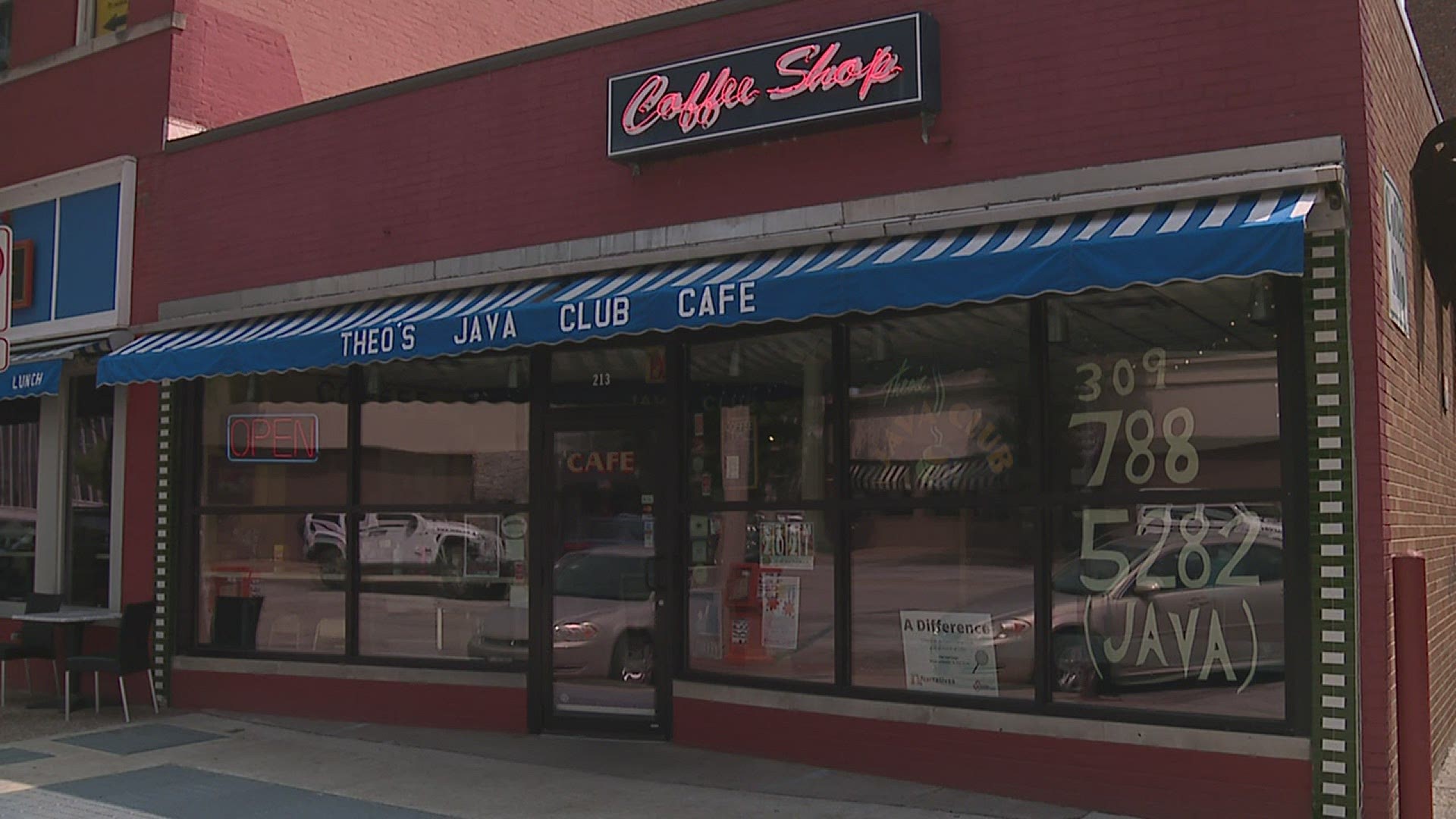 ROCK ISLAND, Ill — If you live in the Quad Cities, you may have stopped inside Theo's Java Club for a cup of coffee and a sandwich.

The quaint café sits on 17th Street in downtown Rock Island. They're known for their signature "Iced Toddy" and "Theoccino," named after owner Theo Grevas.

After 27 years in the business, Grevas announced he's selling the beloved café with plans to slow down and spend more time with family.

“It’s been a tough 18 months for a lot of small businesses, but I just found that with what’s happened and our business has bounced back tremendously over the last few months I thought now is the time. Go out on top," said Grevas. "We still have our health, knock on wood, and let’s take some time."

Until the business finds a buyer and sales are finalized, normal business hours will continue and a few more open mic shows are possible.

Still, Grevas said he hasn't quite grasped the changes ahead. He hopes if someone is interested in keeping Theo's Java Club alive they build on the strengths of the business, maybe adding their own twist to the business that will continue it's success.

“The people behind the counter. These are the memories that I have of what they bring, what they brought to me and hopefully what I taught them," said Grevas. "That’s one of the greatest memories.”

The post reads in part, "Theo’s truly is more than a good coffee shop. It’s a microcosm of the Quad Cities, a warm, welcoming and safe gathering place for all walks of life in our community, and we have this gentleman right here to thank for cultivating such a special spot over the last 27 years."

While Grevas does plan on "semi-retiring," the Quad Cities hasn't see the last of him. He said he plans to stay in the area.

“I’m looking forward to doing some things, I’m not exactly sure what, but I’ve got a couple of ideas."