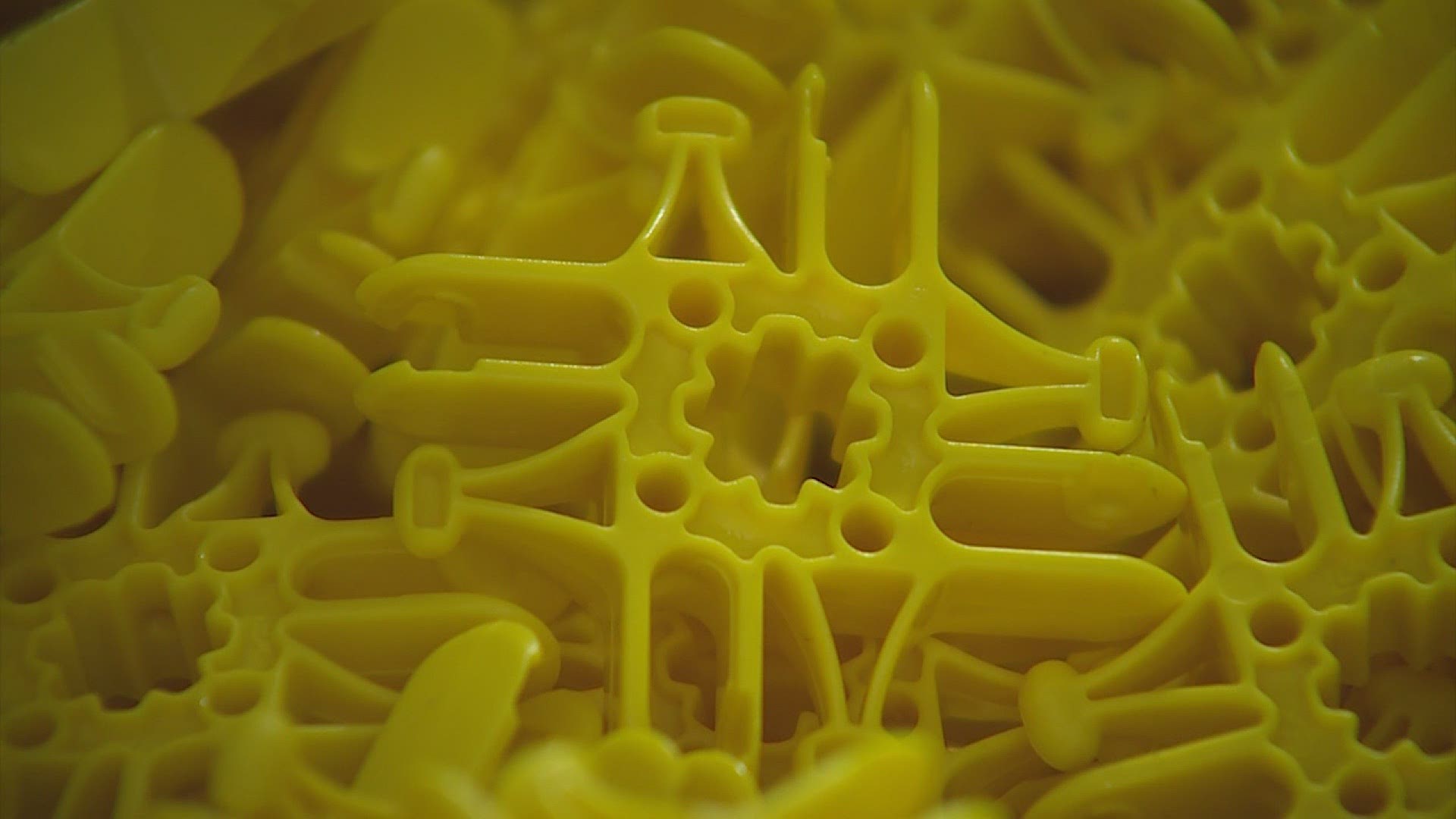 "We’re really focused on shipments right now because of the GMA sale," Acerra said Monday at her Galesburg warehouse, as helpers rushed to package and sort products.

"But the beauty of that is the attention that we’ve gotten through them has caused the sales on our normal website and some of our other market places to go up," she said.

Acerra and her husband founded the company five years ago, and in recent years have won awards and recognition in the STEM fields for their educational design.

The sturdy, colorful building blocks are made in the U.S.A., and snap together utilizing a pinless hinge; the design allows kids to build structures that they can stretch and squeeze.

"So it’s focused on tensile construction. Rather than brick-laying, which is a very ancient technology," Acerra said.

"If you make a rocket out of [Lux Blox], all the strength is going to be in the skin, which is more akin to modern engineering. So that’s what it’s all about, trying to get people to play, and learn while they are playing," she said.

Despite their hard work and industry accolades, national exposure has remained elusive for Lux Blox. Until, that is, the Monday morning GMA segment.

"The exposure is absolutely terrific," Acerra said. "We want lots of sales, that’s lovely, but we also feel very firmly that this is a product that is good for people."