12-year-old soccer prodigy first thought her heel pain was from growing. After meeting with Dr. Stewart at ORA Orthopedics she realized it was something more &... 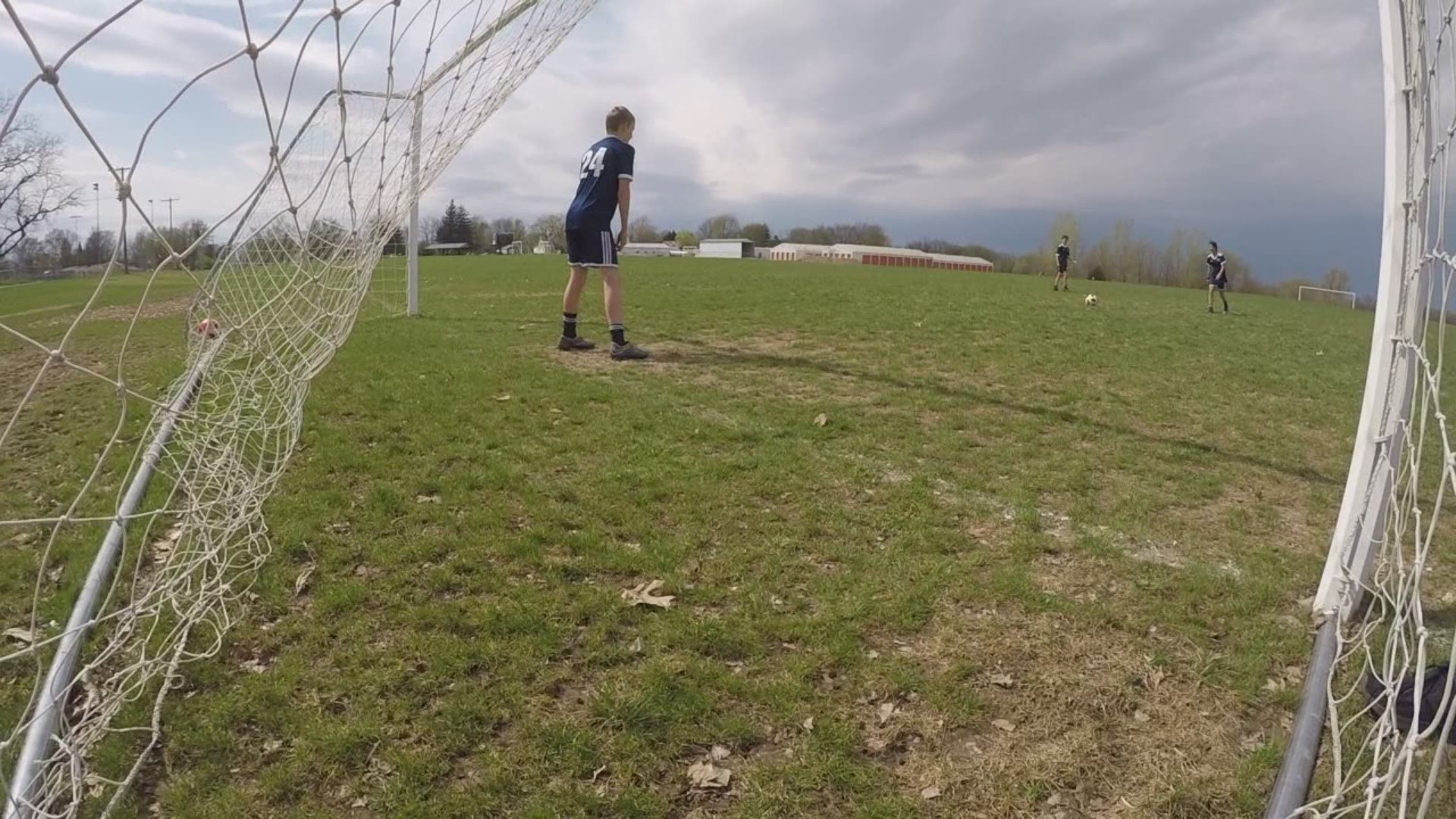 KEWANEE, Illinois – Growing pains in kids is a stage some parents deem is part of becoming an adult, but 12-year-old Devyn Davis knew her pain was something more.

Being a three-sport athlete can be a lot to juggle especially when you are growing as fast as Davis.

“I grew like six inches and my heel didn’t keep up,” Devyn explains.

She grew half a foot in four months last summer.  Her dad wasn’t too worried about it at first.

“You know growing pains with kids you give them a little time and think they will heal themselves,” says her father, Dustin Davis. “This one, unfortunately didn’t.”

Whether it was on the field, or the mats, Devyn wasn’t experiencing your average growing pain.

“We didn’t know how serious it was until she started limping and coming off the field crying,” says Dustin.

One year after noticing the pain, Devyn met with orthopedic surgeon, Dr. Mark Stewart at ORA Orthopedics at Hammond-Henry in Geneseo.

“Devyn came to us after having an issue with her heel from playing sports,” says Dr. Stewart.

As he looked closely, he realized it was Sever’s Disease, a condition found only in growing athletes.

“Sever’s Disease is when the heel portion of the foot becomes inflamed and irritated, which is usually a result of overuse or extreme use of the foot and ankle,” Dr. Stewart explains.

The pain can be so gruesome even walking can be a burden.

“The treatment for Sever’s Disease is rest,” says Dr. Stewart.

For Devyn she needed rest and was put in an ankle cast for one month.

“When I got my cast off and looked at them, I was shook,” Devyn says. “My calf was like one and half inches smaller than my other calf.”

No matter the results, she was determined to get her leg back into shape and make her return to the field and to tumbling.

“In Devyn’s case she is a tough athlete,” comments Dr. Stewart. “She tried to get through it and she didn’t want to let her team down.”

For Devyn, she was able to prove she is a true team player sprouting with potential.

Dr. Stewart sees about five patients per year with Sever’s Disease and says surgery is a rare treatment.