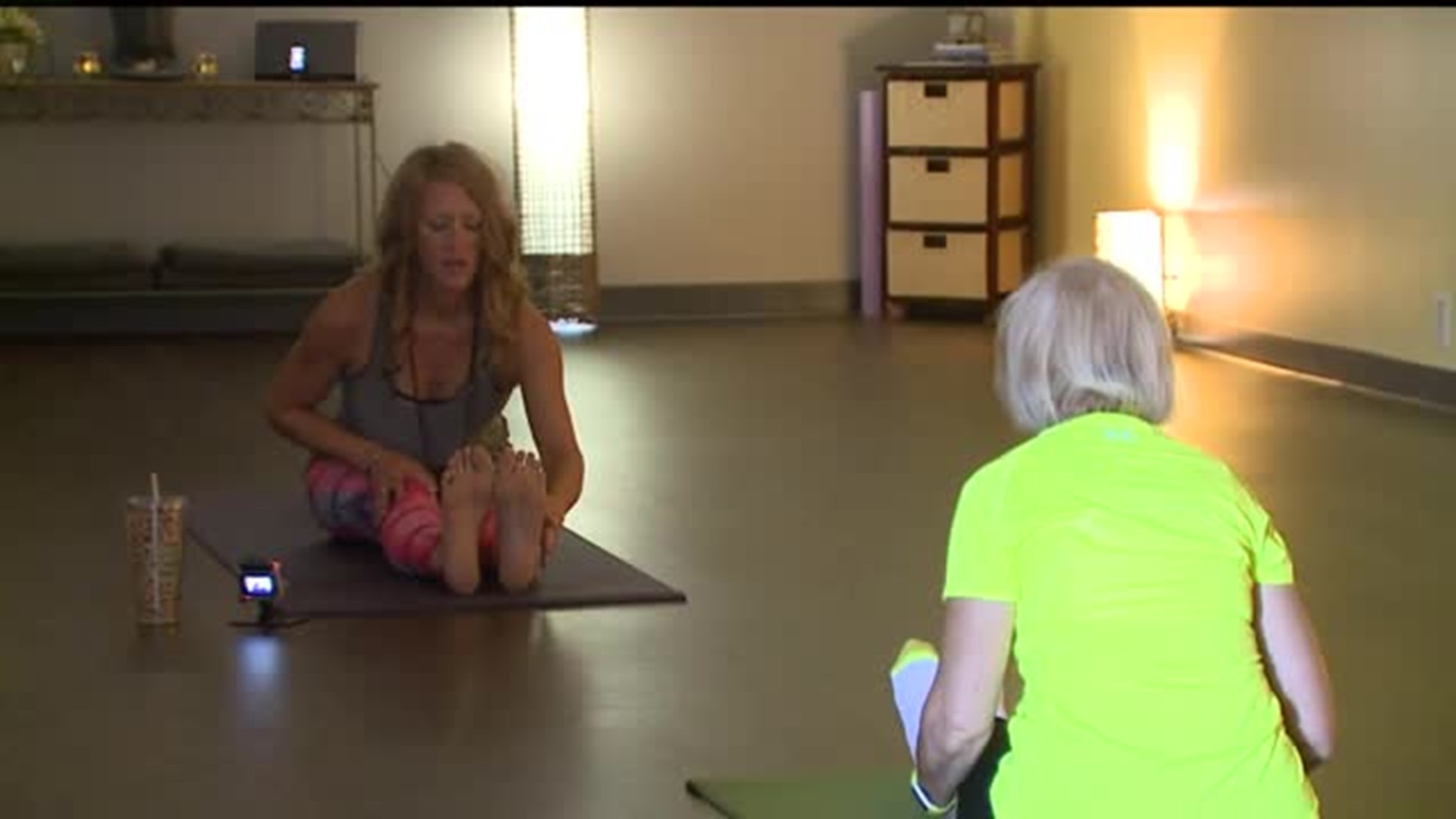 Yoga is not only Daina Lewis' career, it's also her passion.

"It's about honoring where you are and really listening to your body," explained Lewis at her Moline studio, Shine! Yoga & Bodyworks.

Just eight months ago, though, Lewis worried her body would never let her lead a yoga class again. She woke up one morning with sharp pain shooting down her arm, and her hand was numb.

The experience left her physically and spiritually weak.

"It was very scary, especially when I didn't know what was going on. I had a lot of anxiety about it, because when I was in front of people, I couldn't do certain poses. I couldn't show them," said Lewis.

The problem was a herniated disc in Lewis' neck which was pressing on a nerve. Dr. Michael Berry, a spine surgeon with ORA Orthopedics, recommended a procedure called anterior cervical discectomy and fusion.

"What I did was actually remove the disc between two bones, and there's a spacer filled with bone graft that bridges those bones together," said Berry. "I told her beforehand, I really wasn't sure. We never are when someone has that extent of weakness -- it doesn't always come back. So I was kinda on edge, waiting to see how things were going to work out, too, but they did go well."

In fact, Lewis says she is back to doing almost everything she did before the injury. More importantly, though, she says she is able to feel and trust her body once again.

"The biggest part, I think, was along with the physical recovery, just the emotional side of it. Letting go of my ego about it and trusting that in time I would be better, and in time I would be able to get back to doing what I was doing," said Lewis.

Berry says the procedure is very common; he performs roughly 50 to 100 each year.