Jake Gervase thanks ORA Doctor Bries for helping him with multiples injuries in his playing career before heading off to play for the LA Rams. 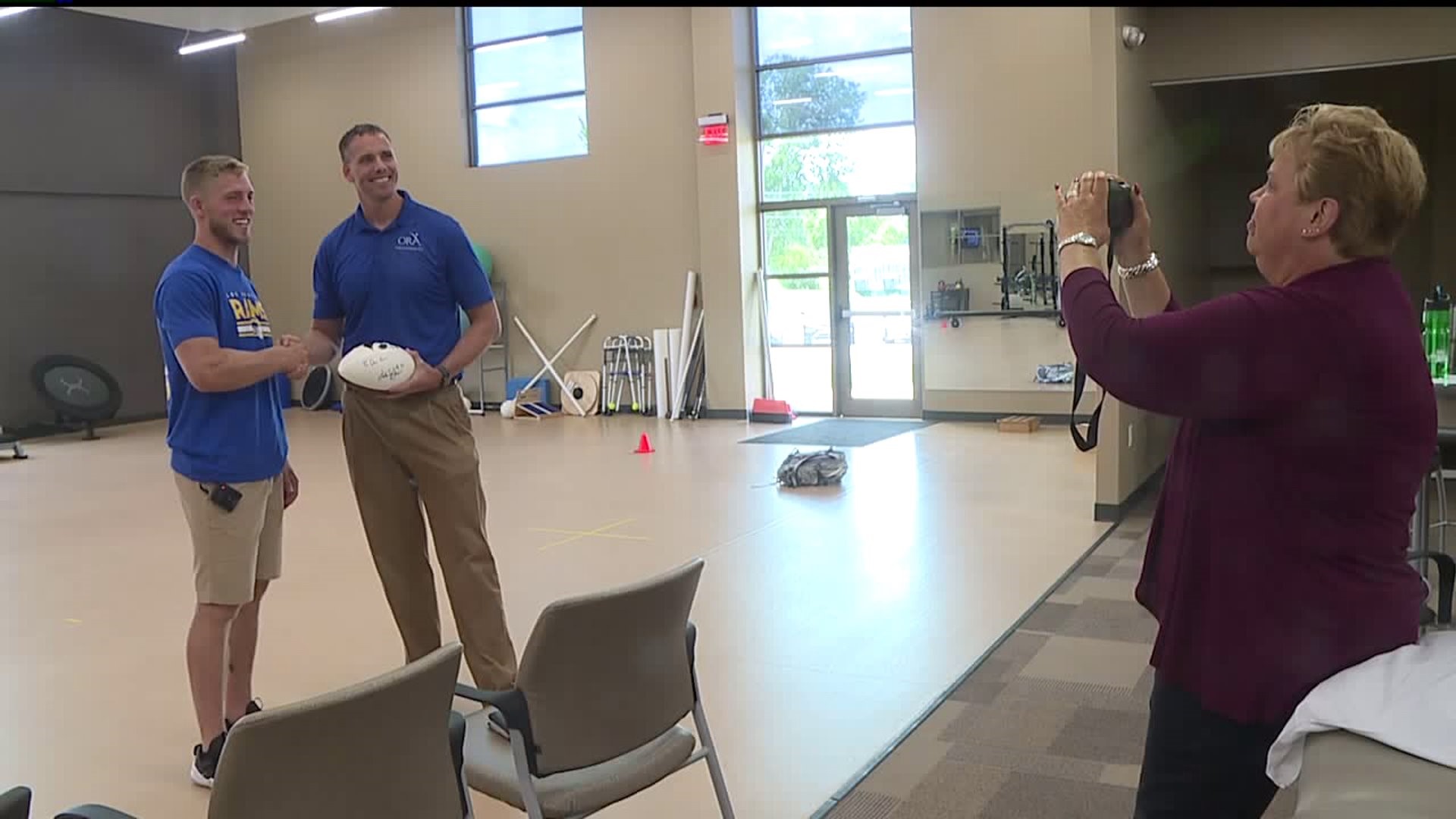 DAVENPORT, Iowa – Jake Gervase officially signed to play for the Los Angeles Rams, but before that, Gervase was a safety for the Iowa Hawkeye’s and a former Assumption High School football player.

But his professional accomplishment wouldn’t have been possible without Sports Medicine Physician, Dr. Andrew Bries at ORA.

Gervase and Bries have had a doctor-patient relationship for the past eight years.  In a matter of time, a friendship kind of caught on.

The former Hawkeye safety met Dr. Bries back during his freshman year at Assumption High School when he was the football team’s doctor.

“He was the guy who was always there for me and my parents any time I dealt with an injury,” Gervase says.

Gervase dealt with countless injuries during his high school playing career.  He had one knee and two shoulder injuries that sent him to Dr. Bries often enough, he became a phone call away.

“Dr. Bries is the guy I have his cell phone number – I can give him a call, shoot him a text,” Gervase explains.

From Assumption, through Iowa, Dr. Bries has been through Gervase’s countless surgeries and recovery.  Now, he looks forward to Gervase’s next step with the Los Angeles Rams.

“To see a kid, now a man, go from this high school player, develop the skills needed to play Division 1 level football,” Bries states. “And now at the pro level it’s really neat to see that happen.”

Thanks to his experience at ORA, Gervase is thankful for the friend and companion he found in Dr. Bries as he moves forward with his professional career.

“It’s kind of a culture shock compared to Iowa,” Gervase explains. “But I’m looking forward to getting back out there and starting to play football again and see what happens.”

Gervase will be heading out to LA in August to start training camp before the NFL season starts.