“I feel better now at 50 physically than I did when I was 32 years old,” said Bob Beardsley. 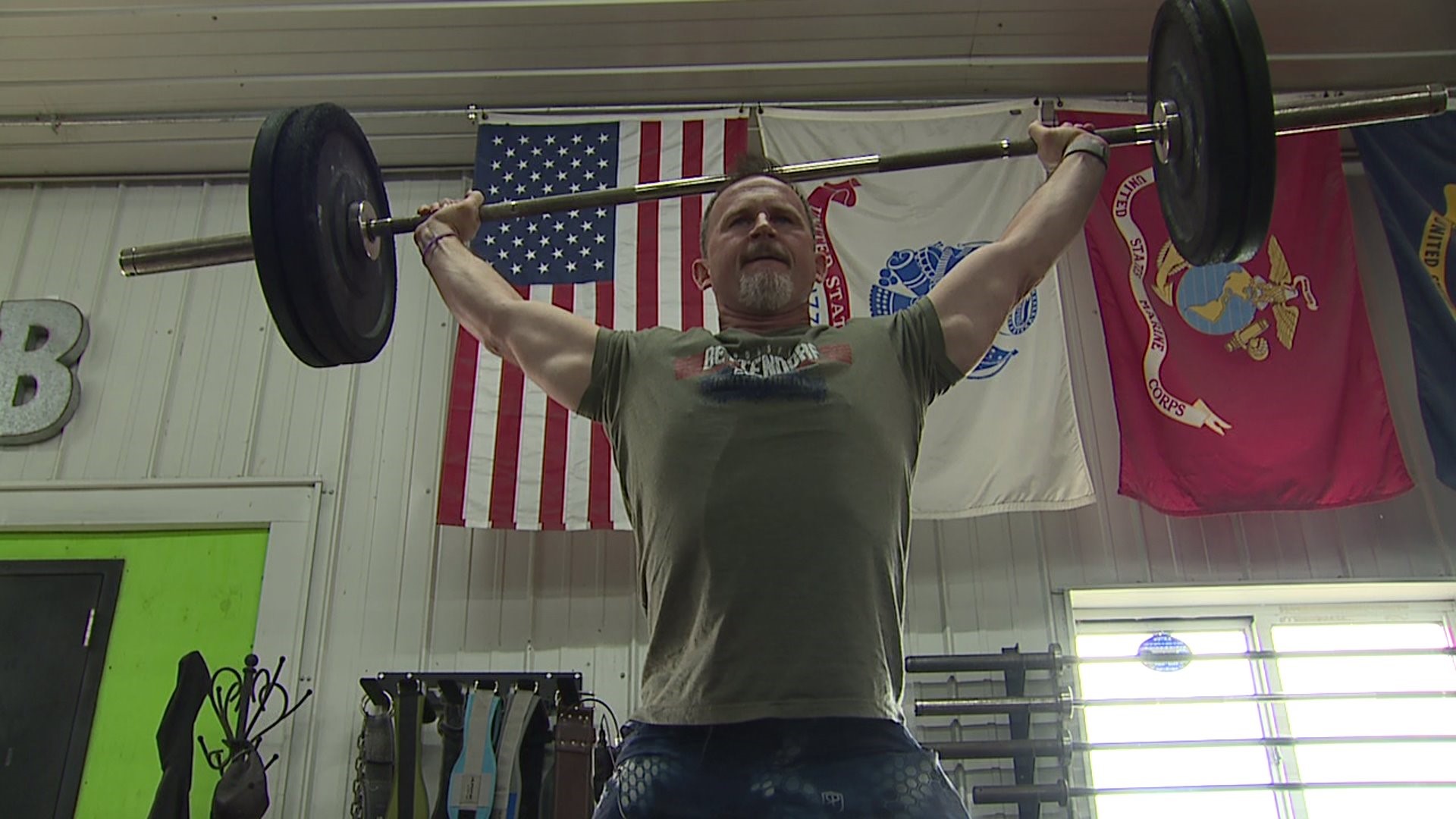 A Bettendorf man is keeping a remarkable streak alive at the Bix7 after undergoing knee surgery in 2017.

Bob Beardsley, 50, shows that age is just a number.  He works out six times a week at Bettendorf CrossFit, keeping up with folks half his age.

"I've got a bunch of great friendships I've developed, plus all the people that I get to sweat with every day," he said.  "They're great."

Those friendships meant a lot when Bob suffered a serious knee injury in June 2017.

"I thought, how bad could it be?" he recalled.  "I'll be back on my feet in a few weeks.  I'd be moving and exercising, and it turned out to be a lot tougher than I thought."

"We actually did a reconstruction," he said.  "What this X-ray shows is us taking a part of his own body and using that to reconstruct his ACL ligament."

Getting Bob back to his activity level took months of healing and physical therapy.  His fitness and attitude really helped.  It was a team approach.

"It seemed like it was taking forever from my end," he said.  "According to the therapist and the doctor, I was ahead of schedule and everything was going well."

Bob cleared a major hurdle about a year after his surgery, competing in his 37th consecutive Bix7 race,  winning as a Beat The Elite runner.

"The weather was great," he recalled.  "Just the huge lift I got from the crowd was amazing.  Even though I was suffering just as much, I was running a lot faster."

Dr. Hussain was amazed when he looked over the race results and saw Bob's name.

"It was kind of a shock and surprise," he said.  "But that's very pleasing to know that you could get somebody to that kind of level of participation, especially a great person like him."

Busy in the gym these days, Bob continues to train smart, eat right and do a balanced workout.  He says he's about 85% back to normal.

"I feel better now at 50 years physically than I felt when I was 32 years old," he concluded.

Now, those are numbers to count on.