"As a parent your number one job is to protect your child. When he leaves the house sometimes I feel like I can't protect him," says Anthony. 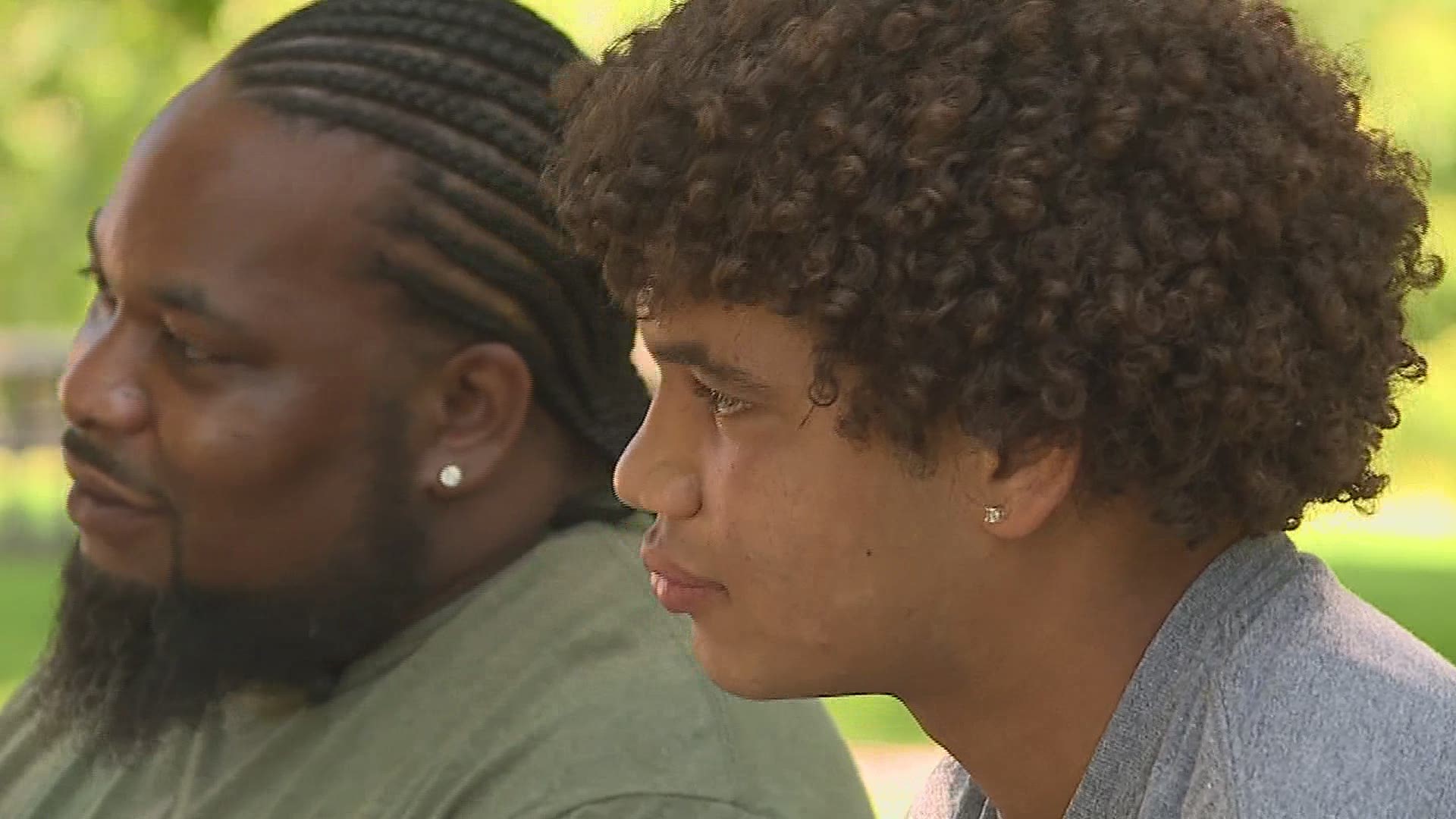 ROCK ISLAND, Ill. — Number 15 on the gridiron, number 15 on the hardwood, and he's number one in coach's heart. Coach, player, father, son; over the years Anthony Reese has given his son Eli a lot of pep talks.

"He's always giving me good advice. It's powerful having a dad like that," says Eli.

The lessons started from an early age. Anthony says they had to.

"I'd tell him when we would go into a store, don't grab anything if you're not going to get it just so they don't say you tried to steal anything. And I think he was two, three years old," says Anthony.

Teaching your toddler he may be treated differently just because of the color of his skin; a hard lesson to learn and to teach.

"It's crazy because you then see the little white kid down the aisle with his parents, just kind of throwing things around. And he's just a kid so its okay. But when it's a black kid, he's a black kid, the labels," says Anthony.

Eli had to re-learn that lesson when he turned 16.

"And now he's driving now, and here are the things that could happen. I want to believe the police are here to help us, but we've seen too many that aren't," says Anthony.

Having your license and insurance on the dash so you don't have to reach down, keeping both hands in view and always staying calm, it's another lesson from dad.

He says it's something he has to think about.

Living in a world of snap judgements based on race, Anthony says even the best pep talk won't stop a father's worry.

"As a parent your number one job is to protect your child. When he leaves the house sometimes I feel like I can't protect him," says Anthony.

Dad's done his job so far. As a junior in high school, Eli is already getting scholarship offers to play basketball and football in college. But he says it's going to take more than hard work between a coach and one player.

"We need to have conversations. We need to talk to people who don't look like us and that have grown up different than us and gauge where they're coming from and their experiences," says Anthony.

Change happens when all of us form a team.

"Just being open, being willing to learn and understand," says Eli.