President Donald Trump called worship essential but Quad Cities' church leaders are divided on whether that service needs to be in-person. 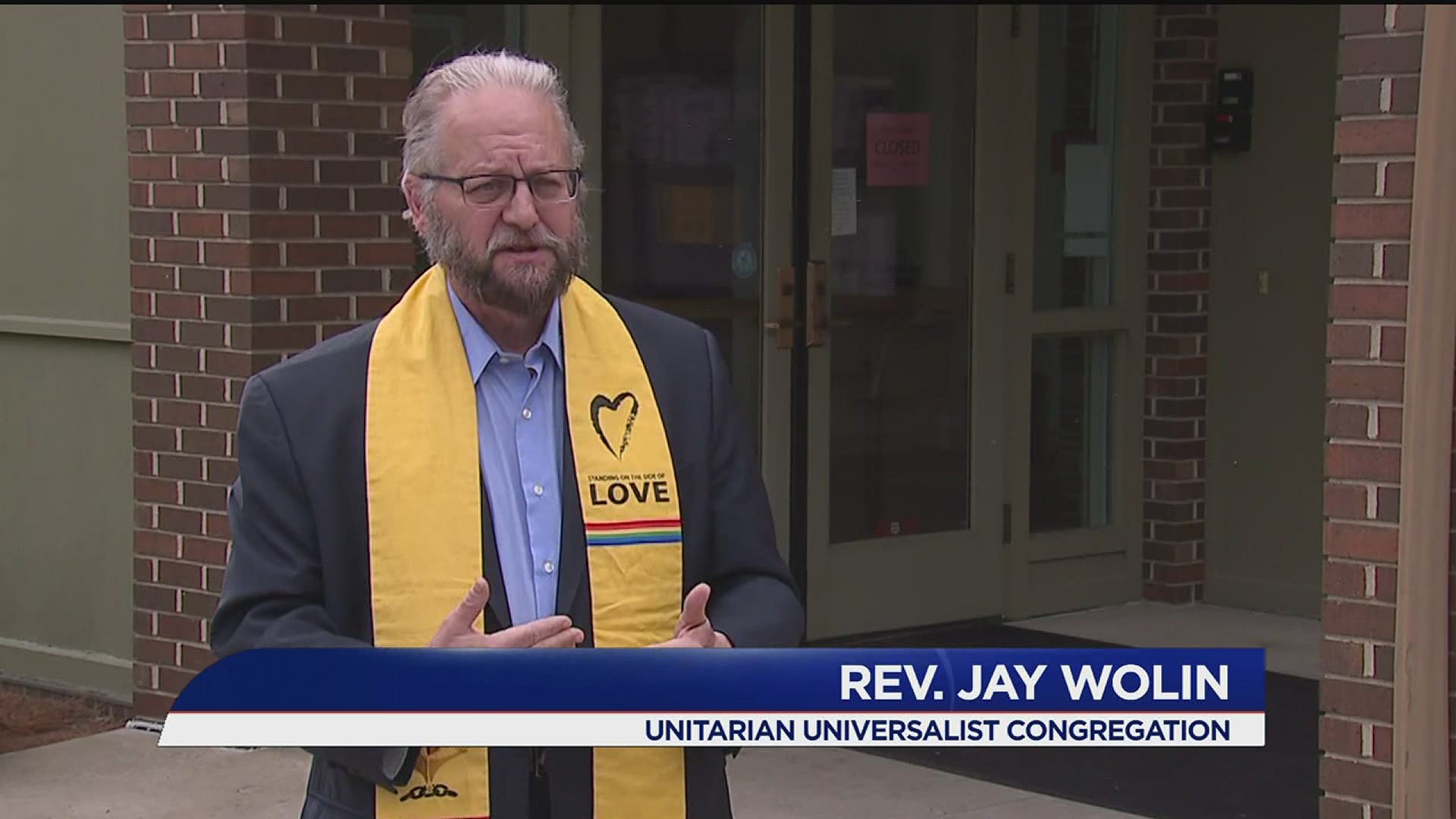 President Donald Trump said he considers churches and houses of worship essential and called on governors to re-open them for in-person services as soon as this Memorial Day weekend, despite some state's mandates against in-house worship.

Faith leaders in the Quad Cities are divided on the issue, but even some who have called on Governor Pritzker to open churches now aren't quite ready to open just yet.

Pastor Brad Swartout of New Life Fellowship in Moline said he was happy to hear the president's comments on faith.

"Now that President Trump, has said what he’s said, we will be moving towards towards live services hopefully in the very near future."

Swartout is among nine Quad Cities pastors calling for churches in Illinois to re-opened.

He said he was concerned over reports of suicide and social isolation.

"I just heard a report from 500 doctors, nationwide, that had stated that suicide and hotline and things are on the rise by 600 percent. So we’re seeing that this isolation has not been healthy for people in our community. So we feel that it’s very important to open our services, so that we can have physical contact, communicate with people, and see people come out of those isolated states," he said.

Governor JB Pritzker on Friday said he will relax some restrictions in Phase 3 of the Restore Illinois roadmap, set to start next week, May 29:

"From a broad standpoint, I can say outdoor faith services, including but not limited to drive in church ervices will be welcome in Phase 3. We continue to collaborate with faith leaders that they continue to provide sercives in safe and creative ways that allow for worship while protecting their congregants."

On the Iowa side, despite Governor Reynolds calling the issue of worship a constitutional in her decision to allow it to resume, Reverend Jay Wolin At the Unitarian Unversalist Congregation in Davenport, he would not listen to the governor nor the president.

"Science is one of our sources of wisdom in Unitarian Universalism. So I would encourage others to really listen, not to politicians but to doctors and scientists about what is healthy for their members. And everyone that we have talked to has said it is not healthy to be in person.

The minister is one of 20 congregational leaders who have written to Reynolds urging her to reverse her decision, calling it irresponsiblbe.

"Religious community is essential, however that does not mean we have to gather in person in an enclosed space."

He said that ministry is harder when he isn't able to visit hospitalized or home-bound members in-person. But since the church moved to Zoom sermons and services, he was surprised to find more people attending online.

Pastor Swartout says New Life Fellowship in Moline will be conducting parking lot services for the next two Sundays before they will be ready to move to in-person services in mid-June. He said the church will be taking proper precautions to keep its members save, including investing in machinery to sanitized gathering places, keeping congregats outdoors for socialization, and adhere to social distancing in its auditorium, and encouraging at-risk members or anyone who's feeling sick to stay home.

"Certainly we are not raising our fists in rebellion of Governor Pritzker," he said, "I care more about my congregation than Gov. Pritzker does and so we’re not gonna put our people in jeopardy."

He said just like others, he and church leaders are making plans to reopen by looking at the numbers and consulting medical professionals.

"We have a number of health care professionals in our leadership. Certainly their opinions matter," he said.