Jim Nelson was sent to the hospital, where he met a dear loved one that he hadn't seen since the middle of the pandemic. 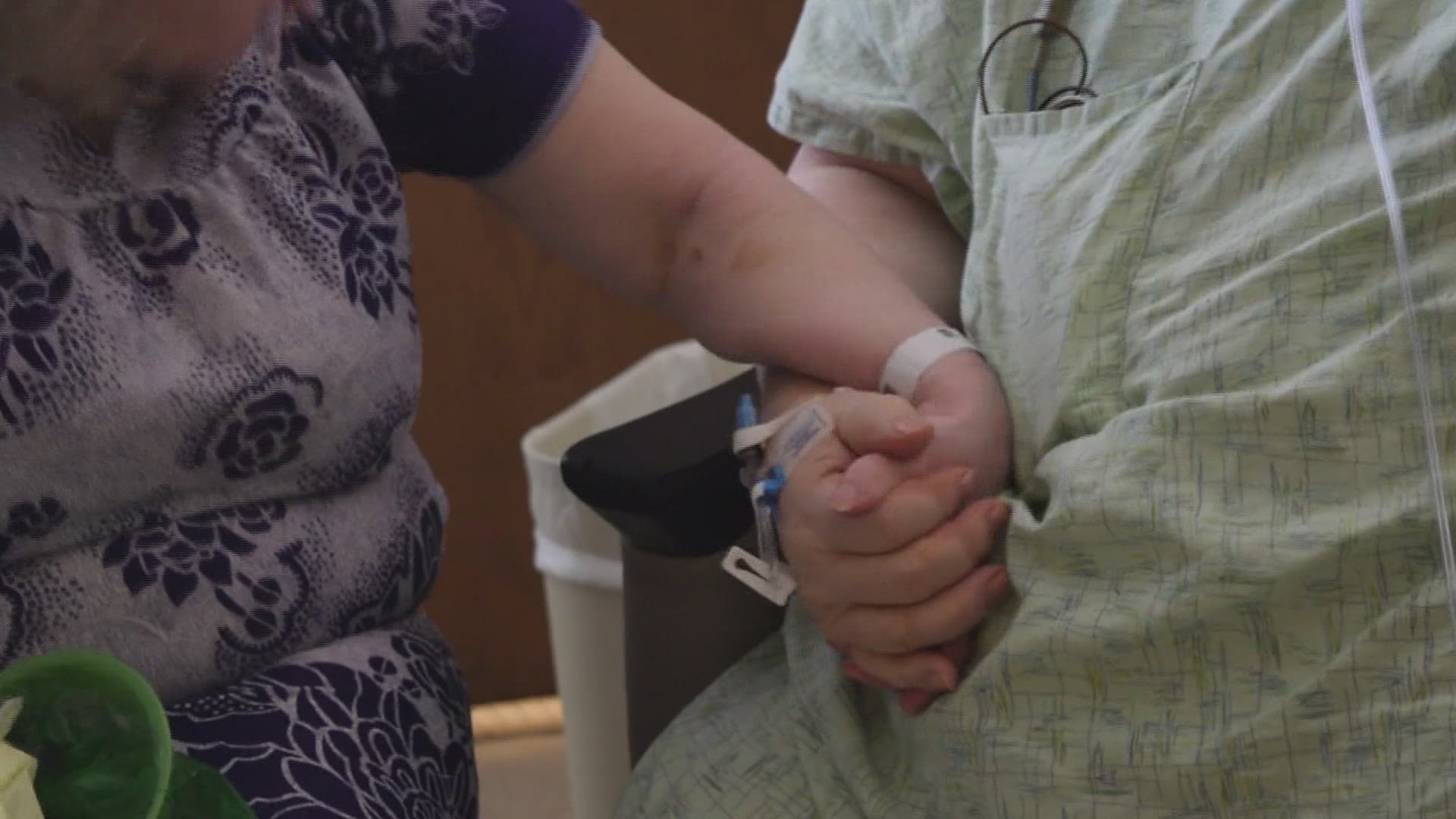 MILAN, Ill. — A Milan, IL couple was reunited after 9 months of COVID-19 induced separation, just not where they might have expected.

Jim Nelson had been living in a nursing home cut off from the the outside world for the past year, due to COVID-19 restrictions. This separated him from his wife, Gina for over 9 months.

Then, Jim came down with a non-COVID sickness and had to be sent to the hospital.

But amidst this stressful situation, came a glimmer of light.

What Jim didn't know was that Gina was being treated at the same hospital at the same time.

"Yesterday when I was telling him I was his wife's case manager, he started tearing up, saying 'Hopefully I'll get to see her' and we said we'll do our best, so I'm really happy it worked out," said Lynn Lounsberry from UnityPoint Health Trinity.

According to Jim, he had been crying himself to sleep due to the extended separation, and that getting to hug her again let his emotions overtake him.