Skilled to Work: Union electricians building a new school from the ground up

Construction is underway at the new Mark Twain Elementary School where classes are expected to begin next semester. 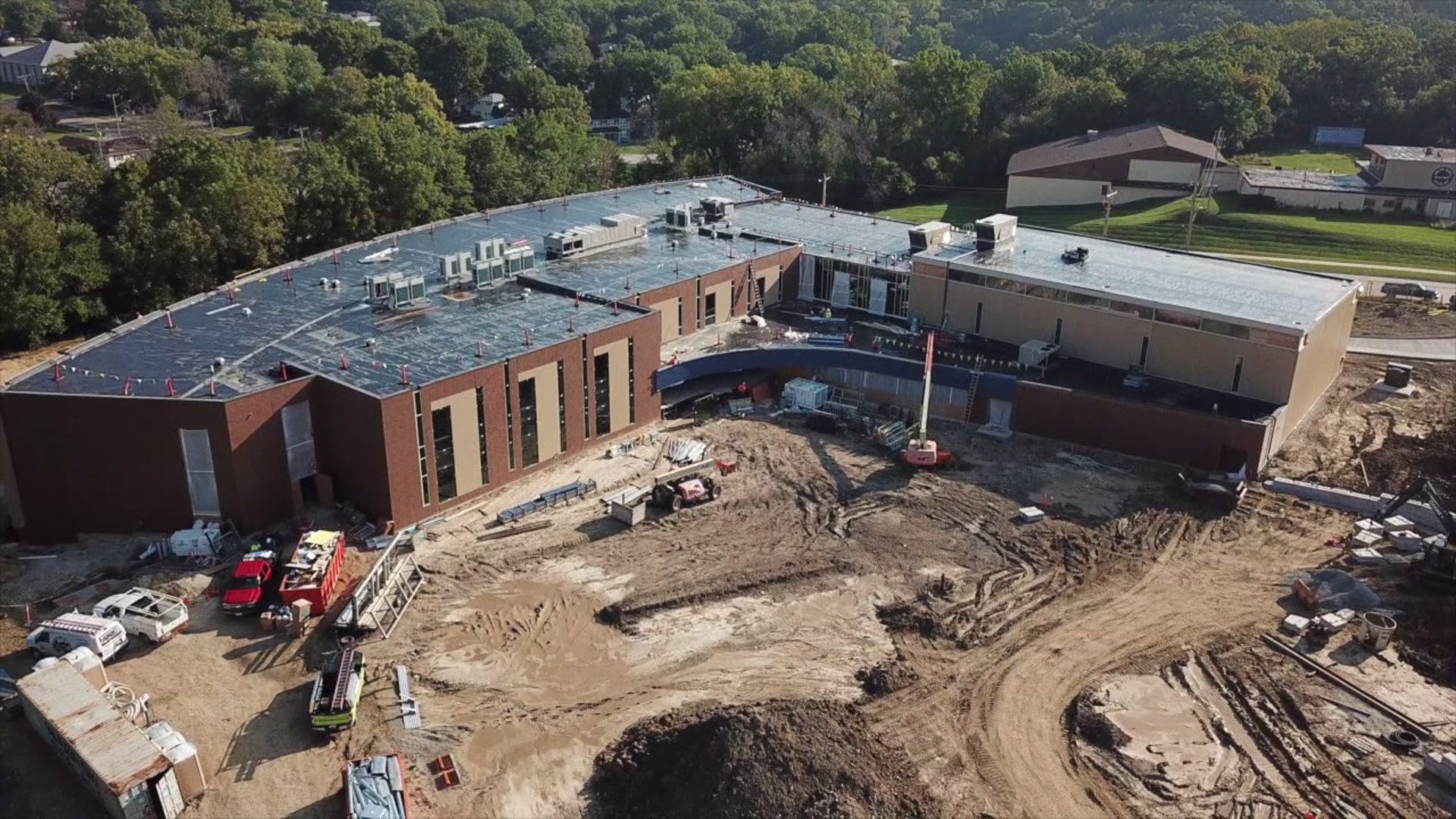 BETTENDORF, Iowa -- Construction is underway at the new Mark Twain Elementary School where classes are expected to begin next semester.

The work begins for Local 145 electricians where the power company put in a new power pole to feed the building with electricity.

"And we had to run two four-inch conduits underground all the way to the transformer," said foreman Mike Nance. "We set a transformer pad and put in conduits to the main switchgear, and from there it just distributes out to a bunch of panels," he said.

The transformer, which looks like a green box, is a kind of launching pad for electricians, running power into the school's new common area and the learning stairs. A construction wireman could be seen measuring up the piping that will carry data and power.

"They're going to have a projector that shines basically over the learning stairs here," said Sean Meyer, as he bent a piece of pipe into shape.

Meanwhile, most of the classrooms located on the second floor are in the finishing stages. In one classroom, most of the fixtures were in place; a Local 145 electrician could be seen on a ladder wiring them up. The gymnasium is close to being finished as well, with energy-efficient LED lights shining over the basketball court where students will play next year.

"This is a green job," said Nance. "All of the lighting on this job will be LED lighting," he said.

Back in the hallway, another electrician could be seen wiring fire alarms.

"I have a three-year-old daughter, so safety is a priority especially in these schools," said journeyman electrician Joshua Zitnik.

With so many different trades working under one roof, things can look a little chaotic from time to time.

"You run into a lot of the same people from different trades and different companies," said Nance. "And you just have to build a good rapport with them because everybody works together or you wouldn't get the job done," he said.

Zitnik said the school was for future generations to enjoy.

"You know, we hope this place is here for a long time to come and we hope the kids enjoy it," Zitnik said.