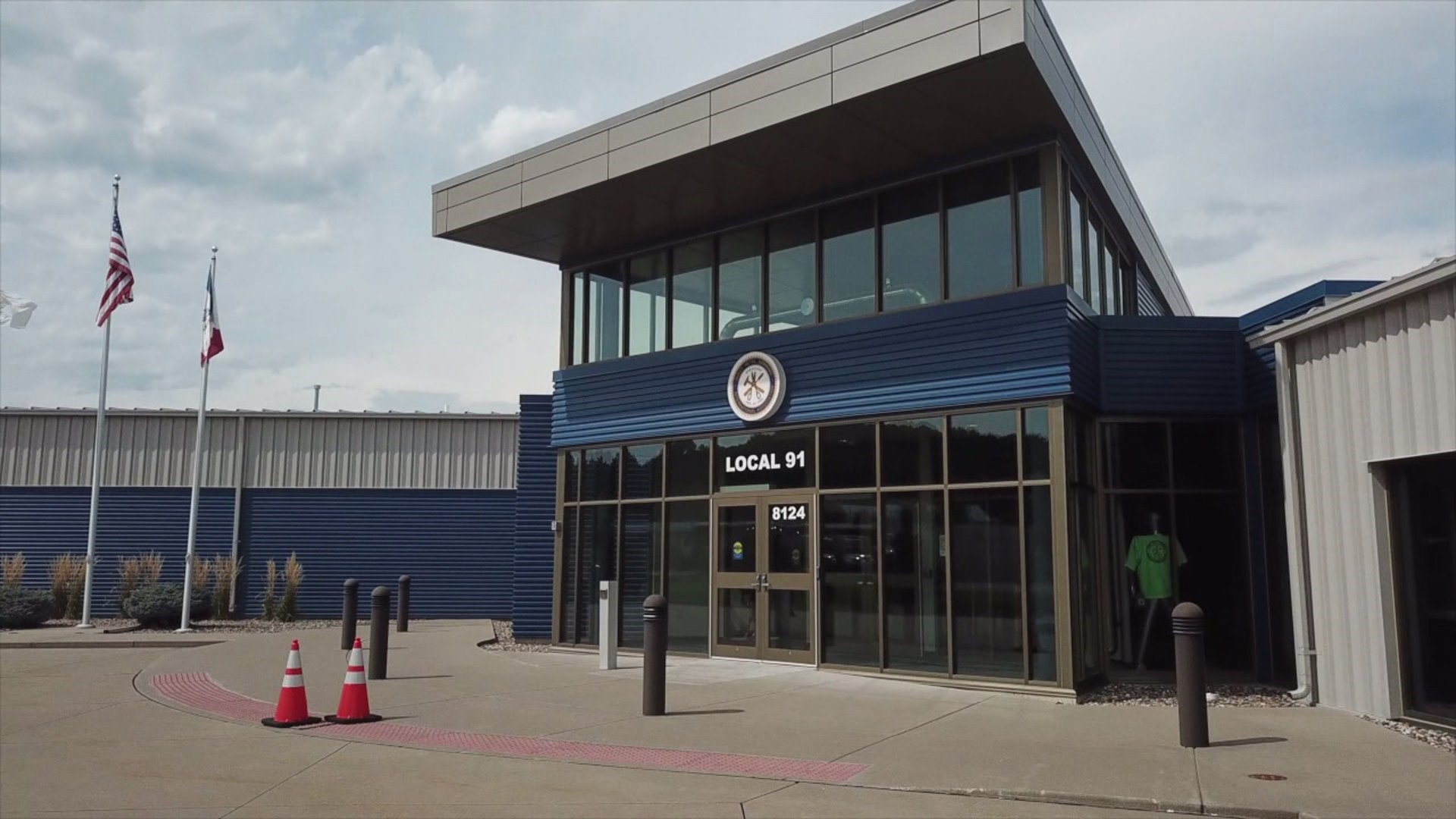 ROCK ISLAND, Illinois -- The Local 91 Sheet Metal Workers Union is home to one of just a handful of platinum level accredited joint apprenticeship training programs in the country. The 9,000 square foot training center in Rock Island earned the International Training Institute's highest honor last year, and has completed a self-audit to extend that distinction for another year.

"That is a real big point of pride," said training coordinator Carl Odendahl. He said the institute looked at about 200 criteria, from what the apprentices learn in the classroom to what they can do in the shop.

"I mean, you could basically make anything out of sheet metal," said third-year apprentice Noah Hillier.

"That creativity is what really I think drives a lot of the guys that want to do it," said Odendahl. "When you get something done you can stand back, look at it, and say 'hey, I did that,'" he said.

Measurements taken in the shop or for the mock house are taken to the computer lab. Apprentices can model any fitting they need in a computer assisted drawing program.

After inputting width, depth, length and type of material, cutting parts is as simple as hitting print. A plasma cutter in the lab can produce precise pieces, but they still need to be formed and assembled. That's where skilled handiwork comes in.

"It's been very challenging, but also very rewarding," said Hillier.

Part of the apprentice training includes learning how to work well with others.

"Well, they're all awesome," said third-year apprentice Jacy Ellefritz. "We all get along great. I mean, you're basically brothers here," he said.