ROCK ISLAND, Illinois — Skilled workers have been building craft beer brewing equipment for breweries in the Quad Cities and around the country. The job r... 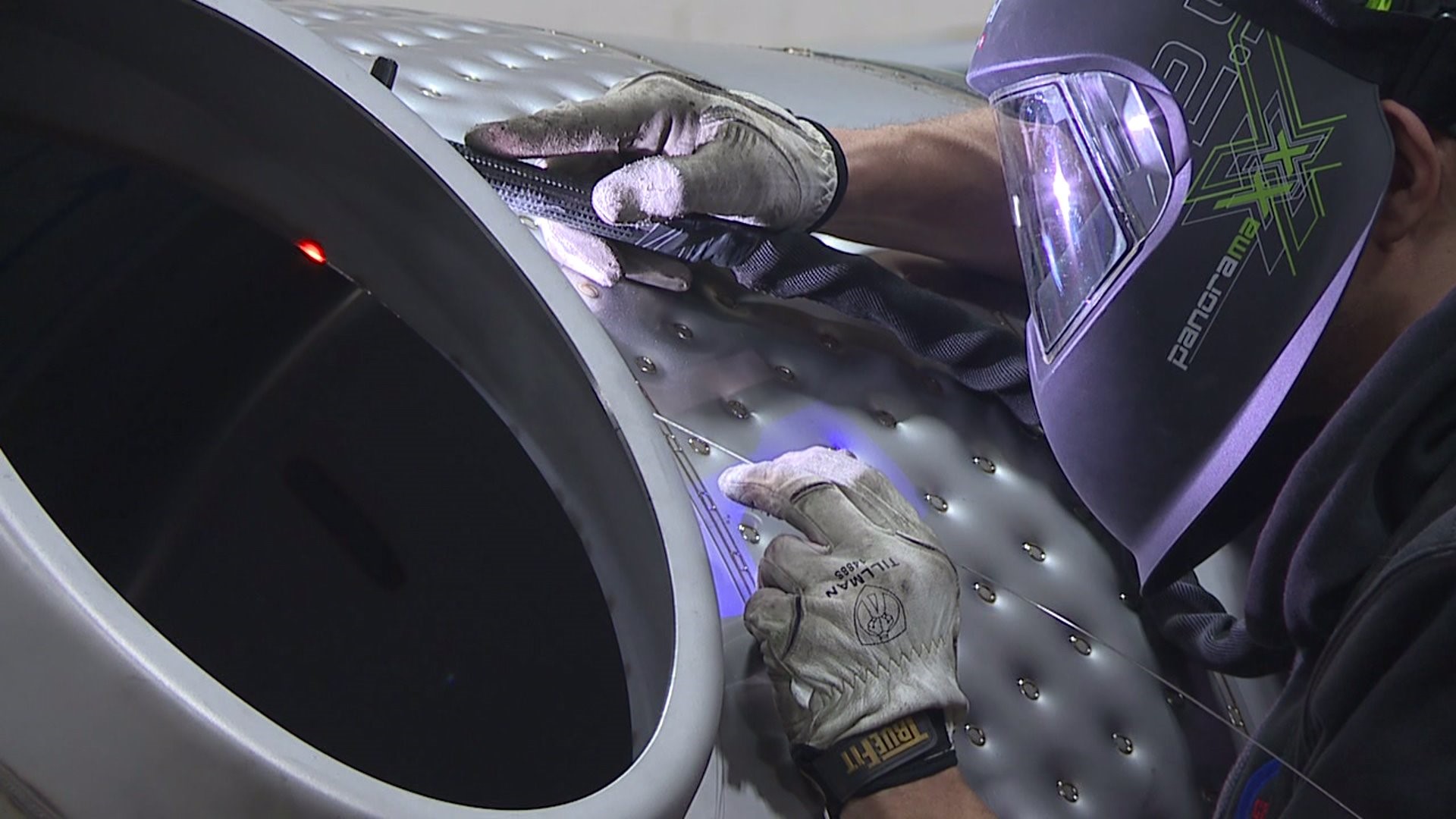 ROCK ISLAND, Illinois -- Skilled workers have been building craft beer brewing equipment for breweries in the Quad Cities and around the country. The job requires special care to keep the stainless steel tanks looking flawless.

"The brewing equipment is definitely a specialty fabrication in itself," said Keith Gerks, Fabrication and Brewing Equipment Division Manager at Crawford Company.

"However, since it’s more of a food equipment item, and its all stainless steel. We have all this work done in a separate building so that way there’s no cross-contamination."

The workers typically turn the tanks on their sides while they work; it's easier to maneuver around them that way. They keep the shop clean, with tools up off the floor to prevent getting scuffs on the steel.

Most of the tanks at the Rock Island fabrication shop are wrapped in a dimpled or pillowed "jacket."

Coolant runs through the pocket of that jacket, extracting heat from the liquid that will later become beer during the fermenting process.

The welding and other skills that the sheet metal workers have mastered can also be used to produce different kinds of tanks.

"Some of these other breweries are getting into putting stills in and having their own craft bourbon, gin, vodkas and stuff like that," Gerks said.

"I would be more than willing to bet you’re going to start seeing a lot more of that work going on in here in the short future."